A former Wales football player captured a very interesting video of a mysterious glowing orb in the night sky. Simon Church was outside enjoying the starry night when he noticed a bright round object floating through the sky before completely disappearing.

He posted the video to his Twitter account with the caption, “Just seen the craziest thing whilst having a look at Venus tonight. It was way [too] high to be a drone and then just disappeared,” and with the hashtags #ufo, #ufosighting, #crazy, and #whatdoyouthink. He tried to make light of the situation, joking that he may have been going crazy after going into a national Coronavirus lockdown, “It was moving quickly then just disappeared surely can’t be going mad after day 2 of isolation...,” he wrote.

So far, more than 20,000 people have viewed the footage with several people giving their opinions on what Church captured on video. One user wrote, “That’s the real deal. Congratulations amazing capture,” while another posted, “Deffo ufo. If [you’re] in Wales near St Athan it is UK Area 51.”

Others weren’t so convinced that it was of extraterrestrial origin as some suggested that it was a Chinese lantern, the International Space Station, or satellites. Church even admitted that it was more than likely the ISS, “After watching it there it must [have] been the space station cool to watch but gutted it’s not Mars Attacks,” he wrote.

The footballer attempted to get a better view of the object by zooming in on it but unfortunately it just made the footage grainier. So, did Church actually capture a UFO on video or was it the ISS? You can decide for yourself as the video can be seen on his Twitter account as well as here. 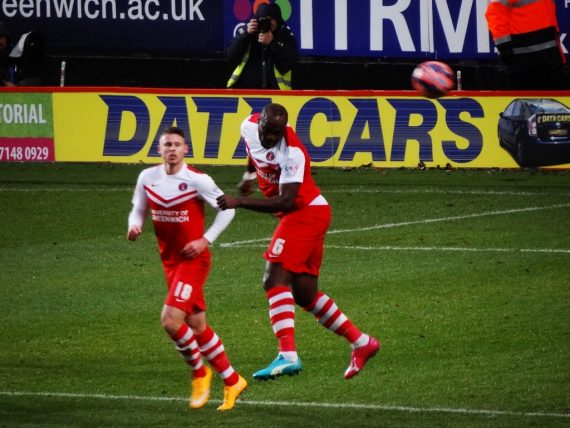 This isn’t the first time in recent months that a professional football player has been linked with UFOs and aliens. Just a few months ago, Diego Maradona claimed that he had been abducted by aliens. In an interview with Argentine sports channel TyC Sports, he was asked if he believed in UFOs and that’s when he made the surprising claim. “Why make things up? Once, after a few too many drinks, I was missing from home for three days,” he stated, adding, “I got home and said that UFOs had taken me. I said, ‘They took me, I can’t tell you about it’.” While it’s not certain whether he just had a drunken three-day blackout or if he really was abducted by extraterrestrials, it’s definitely an interesting claim to say the least.