There's no doubt at all that most people who report having had "alien abduction" experiences state that the whole thing was, at the very least, stressful. For some, it's fear-inducing. And, for others it's nothing less than absolutely terrifying. One of those who fell into the latter category was a man named Dan Seldin. A factory worker from Cleveland, Ohio, Seldin, in 1985, contacted the late Budd Hopkins – an alien abduction researcher and the author of Missing Time, among several other books – about an experience that occurred back in 1969. It all went down when he, Seldin, was out in nearby Cleveland woods with several friends. Vague memories of a huge object hanging in the sky, a blinding light that lit up the trees, and a vanished period of about an hour of time, were the staple parts of the story. Clearly, something significant occurred, but what? Well, that's the important question. Two months after contacting Hopkins, Seldin visited him in New York, where hypnosis was used to try and secure yet more data from Seldin’s subconscious.

It was a session that worked – and almost too well. A traumatic story surfaced of Seldin being taken on-board a UFO by a group of small, “frightening-looking” creatures, and then being subjected to distressing medical procedures, including the collection of samples of Seldin’s sperm. Other, earlier accounts surfaced, too, suggesting that Seldin was very possibly a lifelong abductee. But particularly fascinating was a “dream” that Seldin had just a couple of months before he and Hopkins met. As Seldin told the story to Hopkins, he was in bed in the early hours and suddenly found himself wide awake. Standing in the thick shadows, at a distance of around twenty feet, was a trio of large-headed, emotionless humanoids with black eyes and dressed all in black. Then, as if out of nowhere, the face of a human-looking woman loomed into view. It was a chilling sight for Seldin. The malevolent looking she-hag had long, black hair - which swung, or blew, wildly in Seldin’s face. In addition, she had dark eyes, and, rather oddly, no teeth. 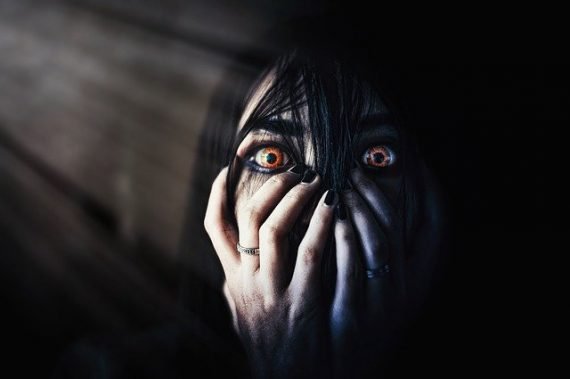 Seldin was terrified, but he admitted that although the woman gave off an air of “evil,” she “looks pretty, too. Her eyes make her look evil. Ugly eyes. They were pretty horrendous eyes, all black and shiny. Blacker than hell.” As Seldin stared upwards at the woman, and frozen to the core with fear, she mounted him and he soon ejaculated. Interestingly, Seldin suspected the black-haired and black-eyed woman was far from pleased with the result – something which, he suggested, may have been because he had had a vasectomy, post-the 1969 encounter, effectively rendering him sterile. As intriguing as cases like that of Seldin are, it's important to note that they are nothing new at all. One of the things that frustrates me about certain alien abduction researchers is their certainty that the phenomenon revolves around extraterrestrials. It should be noted, however, that the situation Seldin found himself in is nothing new. All of which brings us to the matter of sleep paralysis. And to a Newfoundland-based phenomenon called "The Old Hag."

In an article titled "Sleep Tight: The Hag of Newfoundland Folklore (Newfoundland, Canada)," the people running the Haunt Heads blog relate a story in which, allegedly, a woman does a deal with the Devil . She offers her husband's soul as an offering. The article states: "One night, the man awoke from a deep slumber to a pressure on his chest. His eyes slowly came to focus on a dark form perched there, its eyes glowing and its teeth glinting in the moonlight. Although the man tried to scream, no sound could he make. Although he tried to move and push the figure away, he could not make his arms or legs react. The growling form pried his mouth open with long, sharp talons and placed its mouth upon his, draining the life from his body. The Hag swallowed his soul and forever imprisoned it in hell. The man’s wife lived a long and happy life without the burden of her cheating husband."

In both cases, there is a bedroom environment, and there is also the presence of a woman - the "Hag" - perceived as being non-human and dangerous; sometimes beautiful and on other occasions crone-like. So, we have two scenarios: one involving aliens, and another revolving around matters concerning the Devil. Then, there's the matter of what the medical community says of all this. WebMD provides the following: "Just why or how it happens isn't clear. Researchers believe sleep paralysis is caused by a disturbed rapid eye movement cycle because it mostly happens as people are falling into or coming out of REM sleep. During that stage, their brains normally paralyze their muscles anyway - so they don't act out their dreams. But during sleep paralysis, the sleeper is awake, or half awake, and so is aware she cannot move."

The Incubus, the Succubus and Lilith: they are three of many more such "bedroom invaders" that plague people today, just as much as they did centuries ago. For one person the phenomenon is the work of dangerous aliens. For some, supernatural creatures are the answers to the mystery. And there's the "it's all in the mind" theory. What all of this tells us is that, despite all of the research, testimony, and ancient tales, we're really still no wiser. Except for one thing: there is a phenomenon.