Something is Leaking From Uranus

Yes, we know it’s pronounced “YOUR-a-nus” not “your ANUS.” We also know that headline writers lead lonely lives and look for any chance they get to have a little wordplay fun. However, in this case, something indeed is leaking from Uranus and the data shows just how important the Voyager missions were 40 years ago and how they continue to provide new insights into the strange tilted planet at the edge of our solar system.

“In situ measurements of Uranus' magnetosphere from the Voyager 2 flyby in 1986 provide the only direct evidence of magnetospheric transport processes responsible for this atmospheric escape at Uranus. Analysis of high‐resolution Voyager 2 magnetic field data in Uranus' magnetotail reveals the presence of a loop‐like plasmoid filled with planetary plasma traveling away from the planet.”

Gina DiBraccio, space physicist at NASA’s Goddard Space Flight Center and project scientist for the Mars Atmosphere and Volatile Evolution (MAVEN) mission, has been analyzing the seemingly ancient Voyager 2 data with fellow Goddard space physicist Dan Gershman in an attempt to develop better models of Uranus’ strange atmosphere that move like no other planet’s. In their new paper in Geophysical Research Letters, they explain part of the reason is that Uranus spins on its axis horizontally rather than nearly vertically like the rest of the planets. However, its magentosphere (the atmospheric area of its magnetic field) spins at a different angle, causing it to wobble like a football thrown by the third-string quarterback. Up until now, researchers have been unable to explain why this happens.

“Do you think that could be … a plasmoid?”

A NASA press release relives the “Eureka!” moment when DiBraccio and Gershman found a mere 60 seconds of data from Voyager 2’s magnetometer readings that showed a squiggle ignored by initial researchers but what they now know identifies a plasmoid – a giant bubble of plasma (electrified gas) escaping out of the end of Uranus’ magnetotail, which is the tail-like part blown away from it by the Sun. While other planets have them, this is the first discovered on Uranus. The cylindrical plasmoid measures at least 127,000 miles (204,000 km) long and about 250,000 miles (400,000 km) wide.

Befitting of its parent, the Uranus plasmoid has a closed-loop internal magnetic field (rather than twisted like the other planets and may account for as much as 55% of Uranus’ leakage. (Sorry.) Is this a big deal? DiBraccio has a very clever way of answering.

“Imagine if one spacecraft just flew through this room and tried to characterize the entire Earth. Obviously, it’s not going to show you anything about what the Sahara or Antarctica is like.”

If only they could send a message back in time to their predecessors on the Voyager 2 program to leave the magnetometer on just a little longer on the already brief flyby. For girls contemplating a career as a space physicist (yes, boys too), DiBraccio explains why this mystery is a motivation, not a frustration.

Yes, the Escaping Plasmoids would be a great name for a band … or a Dr. Who villain.

“Do you think that could be ... an escaping plasmoid following the Tardis?” 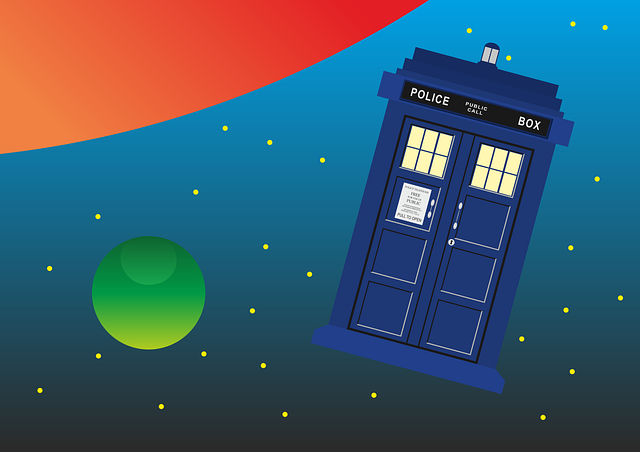 An Ancient Mystery: “A man or some other animal”