“Floridians need to stop living under the illusion that Ponce was our famous founder. We need to get beyond the tourism hoax of the Fountain of Youth and learn about our complicated history.”

Uh-oh. Those are fighting words to Floridians and Florida tourism officials and a big disappointment to the millions of kids who learned in school that Spanish explorer Juan Ponce de León was the first European to set foot in what is now Florida while he was searching for the Fountain of Youth. The Fountain of Youth myth has been discounted in a variety of ways, but the ‘first European’ designation has persisted. That may finally be corrected as well with the discover of a small map and a large pile of conch shells which a new book claims are evidence the first European in Florida was not Spain’s de Leon but quite possibly Italy’s John Cabot who was sailing under the flag of England. 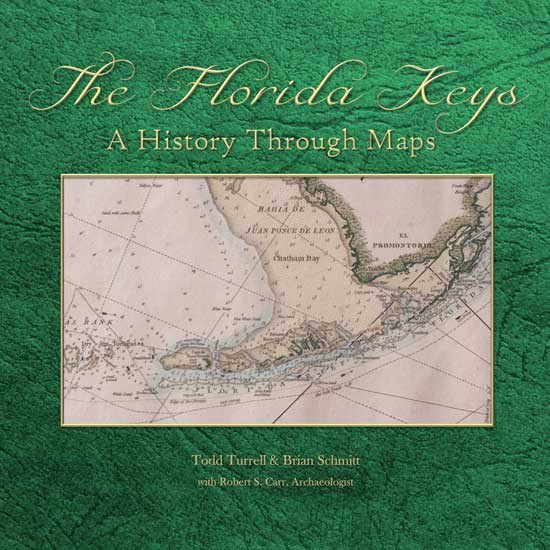 “If you are a map collector, it’s the Holy Grail — the earliest attainable map of the New World.”

Before the Miami Map Fair was cancelled last week due to the coronavirus, News4JAX interviewed map collector Brian Schmitt and archeologist Robert Carr, co-authors (with Todd Turrell) of “The Florida Keys: A History Through Maps.” Schmidt paid $250,000 for an 8 1/2 by 11 inch map called the 1511 Peter Martyr Map. Made by Italian historian Peter Martyr D’Anghiera while working for Spain, it was part of his accounts of explorations by Christopher Columbus, Amerigo Vespucci and Sebastian Cabot. This map shows details of the Florida coastline, the Florida Keys and the Dry Tortugas (the islands farthest from the mainland). Together with the 1500 Juan de la Cosa map showing British flags planted along the east coast of the U.S. and the 1502 Cantino Planisphere showing details of Florida’s inlets and bays, Schmidt says they’re clear evidence that other Europeans visited Florida before Ponce de Leon landed in 1513. But who?

“Christopher Columbus knew how to open conch shells and Ponce had traveled with Columbus. These were opened by people who were not Spanish and had never been in the Caribbean but who likely arrived in South Florida from the north along the Atlantic coast or had sailed directly from Europe.”

Robert Carr says he found a mound of 22 conch shells when he was surveying land at the Bonnet House Museum and Gardens in Fort Lauderdale in 1984. The shells dated back to the late 15th century and showed scars and scratches made by people who had no idea how to pry them open like the indigenous people – piercing a hole, severing the tendon and popping them open to eat the flesh. If they were opened by someone from the north, a likely candidate would have been John Cabot, who was the first European to explore what is now the east coast of Canada and the U.S. since the Vikings in the 11th century. Cabot nor his ships ever returned from a second voyage, so there’s no written account to support this theory. However, his son Sebastian, who himself became an explorer and visited both North and South America, supported the theory. 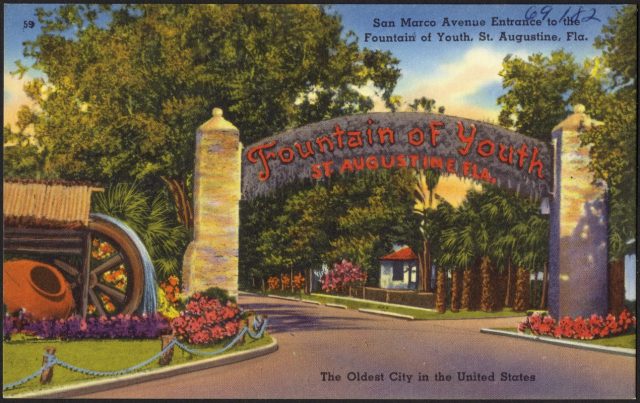 But what about his quest for the Fountain of Youth? As more serious student of post-Columbian history know, the Spanish explorers and conquistadors were much more interested in gold than anything else. Ponce de Leon never mentioned a Fountain of Youth in any of his logs. Historian Gonzalo Fernández de Oviedo y Valdés was the first to write in 1535 that Ponce de León was looking for the waters of Bimini to cure his aging. Other memoirs told of the same or similar searches. Finally, “Rip Van Winkle” author Washington Irving wrote accounts of Columbus and other explorers that were part fiction and may have had a hand in the Fountain legend.

Another theory is that, not finding any gold, Ponce de Leon was looking for Bahamian love vine – an alleged aphrodisiac he could sell back in Europe. It’s speculated that he heard the natives say “vid,” which means vine, and thought the meant “vida,” which means life, and told someone he was looking for the "fountain of life.” Since he married a relative and died in Cuba, it appears he found neither.

Despite all of this, people will still come to Florida (once it reopens) to search for Ponce de Leon’s Fountain of Youth.

The Mysterious Death of Zigmund Adamski