Strange and Sinister Phenomena in the Woods of the U.K.

The U.K. is filled with areas of woodland; they are places that provoke a sense of tranquility and a feeling of relaxation – but also, at times, an air of distinct, quiet eeriness. Sometimes, of outright terror. Today, I'm going to share with you three examples of strange and mysterious areas of woodland in the U.K. that are noted for their ties to the worlds of the paranormal and the occult. Very few people will be conversant with a powerful body of people called the Taigheirm. Like so many other secret societies, the Taigheirm is populated by people who crave absolute power, massive wealth, and elite standing in society. It is, however, the way that the members of the Taigheirm achieves their goals that places them in their own grisly and disturbing category. This centuries-old cult, which exists and operates in stealth in the highlands of Scotland, and has done so since at least the 17th century, uses ancient sacrificial rituals to get just about anything and everything it desires. It is rumored that numerous Scottish politicians, police-officers, bankers, actors, doctors, judges, and landowners are just some of the Taigheirm’s many and varied members.

Merrily Harpur is a British researcher who has carefully and deeply studied the history of the Taigheirm. She says that key to the success of the members is “an infernal magical sacrifice of cats in rites dedicated to the subterranean gods of pagan times, from whom particular gifts and benefits were solicited. They were called in the Highlands and the Western Isles of Scotland, the black-cat spirits.” Basically, the cult allegedly called forth huge, dangerous black cats from supernatural realms. 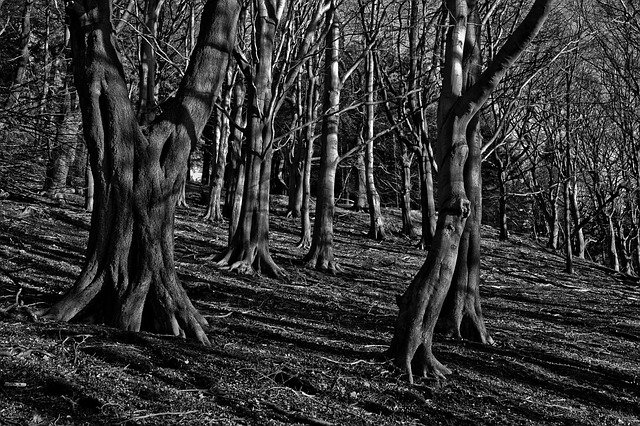 In 2000, rumors briefly circulated to the effect that the Taigheirm had created an offshoot of the original secret group. It was said to have been established in the depths of the Cannock Chase - which is a large area of woodland close to where I grew up as a kid. The Chase has a wealth of mysteries attached to it: people claim to have seen werewolf-like beasts, Bigfoot, ghosts, Black-Eyed Children, and large black cats of the very kind that were manifested in the original Taigheirm rituals of centuries ago. When the rumors of a Cannock Chase offshoot began to circulate, a number of local people contacted the Chase Post - a regional newspaper that is now closed down - to report on strange activity in the woods, such as robed figures carrying flaming torches in the dead of night. Very interestingly, when the Cannock Chase Taigheirm tales were at their height, there was a spate of sightings of large black cats in  the area. Now, let's move on.

Mysterious Universe states: “Located in West Sussex, England, Clapham Wood stands to the north of the small village of Clapham.  Historically, Clapham has been an archetypal English village, one that’s been around, likely, since Saxon times.  Over the last 300 years, it has remained largely hidden from the outside world, except, that is, for the last four decades.” The “four decades” comment is a very apt one. Since the early 1970s, Clapham Woods have been associated with murder, mystery, and a secret society called the Friends of Hecate. It was in 1972 that the mystery began. In June of that year, a police constable named Peter Goldsmith disappeared while walking through the woods. His body was not found for around six months, specifically on December 13. What makes this even more intriguing is the fact that two months before P.C. Goldsmith vanished, he had investigated the death of a woman who had been murdered in the very same woods. Two victims inextricably linked to one another.

And, as MU also reveals, “In July 1975, pensioner Leon Foster disappeared and was subsequently found three weeks later, by a couple who were searching for a horse in the wood, a horse that had also gone missing under mysterious circumstances.  Next, on Halloween of 1978, the vicar of Clapham, the retired Reverend Harry Snelling went missing.  His body was found three years later, by a Canadian tourist.  Again, no cause of death could be identified.” Things were far from over. Three years later – 1981 – the body of a woman named Jillian Matthews was found in the woods. Matthews, a schizophrenic, had been raped and murdered. In 2017 I received a report of a Man in Black encounter in the woods - an MIB that literally manifested in front of the witness. He/it was described as wearing a black suit and an old-style hat. The MIB grinned at the terrified man - and in a way that was not friendly. Suddenly the Man in Black was gone. Interestingly, witness told me - in a somewhat sheepish fashion - admitted that he had been dabbling in the occult for several months, and close by to where the MIB appeared. A connection? Probably. Let's take a look at another area of woodland in the U.K. that has its own attendant mysteries. 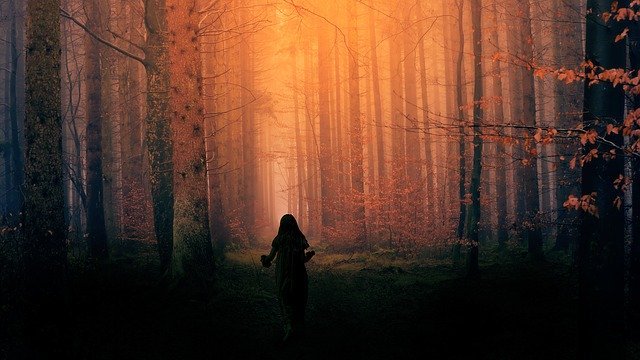 It is a little known fact – to outsiders, at least – that deep within the  woods of the Haldon Hills of Devonshire, England there exists what might accurately be termed an unofficial pet-cemetery. A distinctly tranquil and gentle locale, it has for years acted as the final resting place for many a deceased and much-loved loved pet – whether dog, cat, rabbit, canary, hamster, guinea-pig or something far more exotic. From 1996 onward, my good friend Jon Downes – the director of the British-based Center for Fortean Zoology – was the recipient of a number of stories pertaining to sightings of distinctly strange beasts seen prowling in and around the old pet-cemetery. They were beasts that sounded suspiciously like animal-ghosts.

Amid the peace and tranquility of the pet-cemetery there was something else, too. Namely, sporadic reports of a creature that was far more significant than the occasional ghostly hound. It was ominous, it was grotesque, and it was distinctly and utterly foul. Pet-graves were sometimes found disturbed, as if a wild animal had been trying to dig up the corpses that were buried deep below the surface. And local folk spoke in hushed and frightened tones of seeing a large, dark, powerful-looking creature prowling around the shadowy woods that surrounded the cemetery. And then there was the story of a former British police marksman that reached Jon. While negotiating his car, late one night, along one of the narrow roads that typify the area, the man caught sight of a “huge, dark brown creature” that leapt out of the darkened trees and raced across the road.