People make a lot of claims about the benefits of meditation. I've been known to hard-sell my friends on why sitting quietly on the floor for a while will make them a better person. But how much of it is psychosomatic or the placebo effect? Whenever people tout anything as a cure-all, you should be skeptical. Doubly so when that thing is doing nothing for a half hour. But there is science behind the benefits of meditation, and a new study found that a daily (and rather intense) meditation practice may have taken 8 years off the relative age of one Buddhist monk's brain.

The new study is the first of its kind. Researchers at the Center for Healthy Minds at the University of Wisconsin-Madison started taking MRI images of Yongey Mingyur Rinpoche's brain 14 years ago when he was 27-years-old. Over the course of 14 years, researchers imaged the monk's brain four separate times looking for long term effects of a monastic Buddhist lifestyle. Yongey Mingyur Rinpoche (YMR) is now 41 and researchers say that his brain resembles that of a 33-year-old. They believe that this dramatic slowing of brain aging is due in no small part to YMR's daily meditation practice. 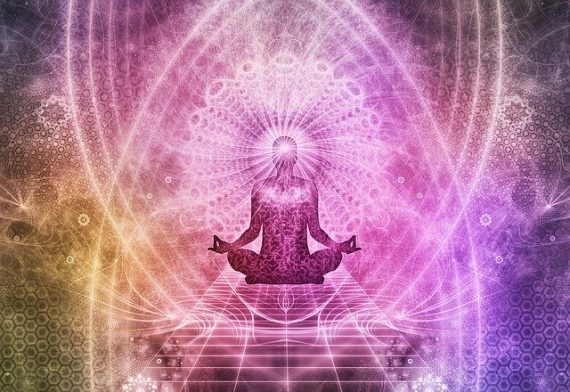 Researchers also imaged the brains of 105 other people of the same age from the Madison, Wisconsin area alongside YMR for 14 years as a control group. The researchers found a stark difference in the amount of gray matter in YMR's brain than in those of "normal" people. While the control group all fell in the range of normal reduction in gray matter, YMR's brain showed an 8-year delay in gray matter reduction. According to Richard Davidson, founder and director of the Center for Healthy Minds:

"Gray matter is the neural machinery of the brain. When the brain atrophies, there is a decline in gray matter."

The big finding is that the brain of this Tibetan monk, who has spent more than 60,000 hours of his life in formal meditation, ages more slowly than the brains of controls."

That's a lot of hours to spend meditating. In fact, 8 years is only just over 70,000 hours. So make of that what you will.

Another interesting finding, which researchers don't know what to make of, is that while YMR's brain aged more slowly than the control group, it also matured much faster. Davidson says:

"There are areas of the brain that come online in the mid- to late 20s, for example, regulatory regions of the brain that play an important role in self-regulation, in regulating our attention. It may be that these areas are maturing earlier in the meditators, and that would make sense, because we believe that meditation can strengthen these areas and these kinds of functions."

It's important to note, however, that beyond 60,000 hours spent in meditation, YMR's life is not that of a normal person's. At the age of 12, he was formally declared the seventh incarnation of Yongey Mingyur Rinpoche. As a teenager, he became a retreat master whose job was to guide older monks and nuns through meditation practice. This dude is serious about meditation. Combined with the eating and exercising habits of Buddhist monks, the researchers say it's hard to tell how much of YMR's brain age reduction is due to meditation alone or in combination with other lifestyle factors.

But hey, it can't hurt to try, can it? We're only one quarter through 2020 and I feel like I've aged a decade. Every little bit helps, I suppose.