The Bizarre Case of the Colares Island Alien Invasion

The range of types of UFO encounters is wide, and for the most part they tend to inspire awe and wonder as to what could be behind it all. Yet, in some cases this awe turns to dread and even terror, as it seems that not all UFO phenomena are friendly in nature. Within the annals of UFO incidents there are some that inspire dread and a definite sense of foreboding, and one of these is certainly the time aliens apparently invaded a small island in Brazil.

Beginning in the spring of 1977 a very strange and ominous phenomenon began at a little known place called Colares Island, in the remote Brazilian region of Pará. Frightened locals began to report an intense amount of UFO activity in the skies, describing all manner of luminous spheres, glowing orbs, balls of fire, saucers, cigar shaped metallic objects, and more, but what really stood out was how aggressive these objects seemed to be. There were numerous reports that these unidentified objects were actively chasing and attacking people, shooting vivid thin rays of light that would leave injuries such as burns or holes in the skin, as well as other instances when they were reported as approaching to actually suck blood from victims. In many cases the beams projected were described as being “always sharply defined, directed with perfect precision towards any target – houses, people, boats, trees, even the Brazilian Air Force's helicopters deployed over the island during the investigations.” 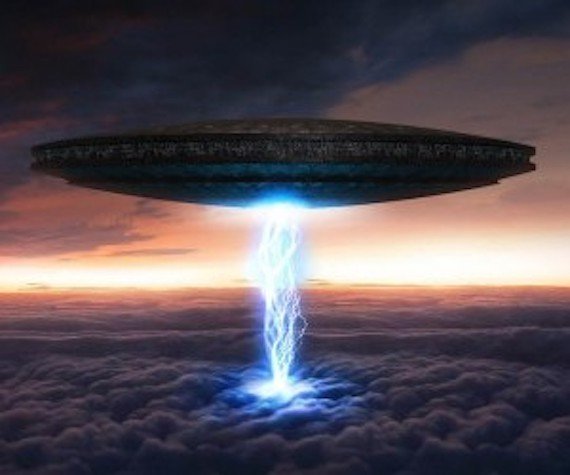 Some of the accounts were quite spectacular, as with a boat full of fishermen near Ilha dos Caranguejos who would claim that an intense ball of light had positioned itself over their boat and fired off beams at them, burning several of them and even supposedly killing a man. Another such such frightening report would come from a local man named Carlos Cardoso de Paula, who says one evening an orb of light entered his room and tried to get blood from him. He says of his surreal experience:

Everybody else was asleep. I was just still having my last smoke when suddenly a ball of fire entered our house up near the ridgepole of the gable. It started shooting round and round the room, and then finally came right close to my hammock. It ran up my right leg as far as the knee (without touching my skin). I watched with much curiosity as it then moved across to the other leg. Then I started to feel feeble and sleepy. My cigarette fell from my hand and I came to and let out a yell. The fireball quickly vanished and everybody woke up. I think it had been searching for a vein in my body but didn’t manage to do so. As its brightness grew, I felt a sort of heat coming from it.

Many of the people targeted by these mysterious lights described a wide range of negative physical injuries and effects, such as fainting, nausea, tremors, migraines, giddiness, shortness of breath, muscle weakness, burns, anemia, bruising, blistering, perforations in the skin, paralysis, searing pain, and blood loss. In fact, terrified residents were so convinced that the lights were trying to suck their blood that the phenomena were being called the Chupa-Chupa, or “sucker suckers.” In the meantime, hospitals were soon experiencing a deluge of people claiming to have been attacked by the UFOs. Also odd was that many of the patients were found to indeed be missing blood, and their blood tests also showed certain anomalies common to all of them such as anemia and dehydration, and it was all quite baffling for medical personnel. One local doctor Wellaide Cecim Carvalho would explain of these patients:

All of them had suffered lesions to the face or the thoracic area. The lesions began with intense reddening of the skin in the affected area. The injuries varied in extension. First it started with an intense reddishness in the hit area, known as hiperemia. Later, the skin of the affected region started to fall (alopecia) and days later the skin peeled off. Later the hair would fall out and the skin would turn black. There was no pain, only a slight warmth. One also noticed small puncture marks in the skin. The victims were men and women of varying ages, without any pattern. With the increase of hurt people, I started to give more attention each time in the existing injuries. I saw things that do not exist in my medical books. 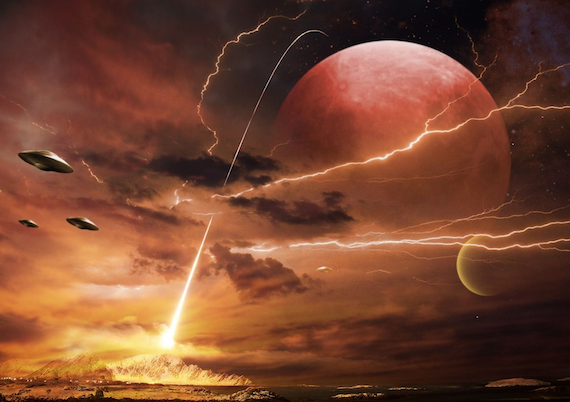 In most of these inexplicable cases, the strange symptoms would linger for days or even weeks, requiring hospitalization, and others would not recover at all, with some deaths even reported. In the meantime, reports kept flooding in nightly, increasing in intensity as the months went on, until by August of that year it is estimated that thousands of people all over the island had either seen or been chased or assaulted by the mystery UFOs, which seemed to always come from the north and in some cases were described as detaching from a “mother ship” or even coming from below the waters of Marajo Bay. People were in a hysteria, afraid to go out at night and huddling into large groups where they sought safety in numbers. Some people would light bonfires or launch armed patrols in an effort to scare the Chupa-Chupas away, and it was eerily quiet on the streets, as noise was thought to lure the hungry UFOs in. One local mayor would say of the tense situation:

Yes, indeed I can tell you, there wasn’t a moment of peace. The people were terrified by that "Chupa-Chupa" affair. I even managed to see one of the injured victims myself - Dona Mirota, a lady who was receiving medical treatment at the Health Clinic. The people were terrified because this beam of night light had already assaulted several people. The whole community was packed in only three houses, praying, sometimes singing some religious songs!

There were even reports of people apparently seeing the actual occupants of these craft, who were apparently quite hostile. One local resident named Claudomira Paixao claimed to have had just such an encounter after waking one evening to find everything bathed in a greenish glow, which would steadily become red. It was at that point that she realized it was a beam being directed right at her, and she then saw something very weird indeed, of which she says:

In one of these days, after midnight, I woke up because of a strong flash, a sort of focused bright green light ray that came down from the top roof to my left chest. I tried to shout, but my voice did not function. I felt an exquisite heat... Later, that beam of light diminished and I saw that I was burnt. I could see a creature, like a man, wearing a jumpsuit just like a dive suit. He pointed it at me, and the object shone three times, striking my chest during the three occasions, almost in the same place, it was hot, it wounded me, it seemed that I had needles pierced at all three points. I was terrified, I could not move my legs! It was hot, and it hurt. It was like a needle stick. My health never came back to be the same since that night. 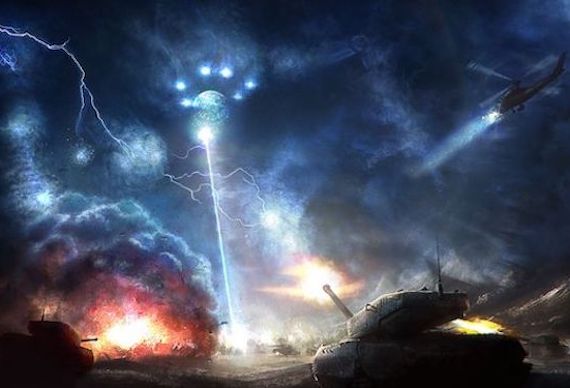 Of course, considering that these reports and the panic they caused were becoming national news it was only a matter of time before the military would be drawn to this remote locale. In late October of 1977, the Brazilian Air Force would launch an investigation under Captain Uyrange Bolivar Soares Nogueira de Hollanda Lima, which would take it even further into the realm of the bizarre. They would investigate the injuries of the victims, gain eyewitness accounts, and even collect a good amount of purported photographic evidence of the phenomena. Even weirder is that during the military presence on the island it would be alleged that that even the Air Force would come under attack by the lights, one such incident of which one resident Sra. Alba Câmara Vilhena would say:

On one occasion some people saw one of the craft. It was round, and all luminous. Just at that moment, a helicopter of the F.A.B. (Brazilian Air Force) was flying quite near to our house. Then we saw the UFO direct a very powerful beam on to the helicopter, obliging it to land on the São Pedro Airfield. That happened at about 8.00 pm one evening. The helicopters that appeared from time to time, bringing materials and personnel, attempted to chase the UFOs but without much success. Indeed, on the contrary, it was the UFOs that chased them!

The military would do its study and then pack up and leave in January of 1978 without offering the populace any sort of explanation, and labelling the whole investigation as classified. At the time there seemed to be some efforts to explain it all away as weather balloons or atmospheric phenomena, but this was obviously not really bought by the people who claimed to have been attacked by the craft and left with injuries. There seemed to have been some cover-up going on, and making this all the more sinister was that Captain Hollanda would turn up dead three months later, allegedly by suicide, although no further details were given, making some wonder if this was really a suicide or not. After 1978 the incidents would die down, but not stop, with sporadic accounts coming in throughout the decades since. What was going on here? It is all so spectacular and dramatic that one is left to wonder just what all of this entails. Were these actual UFOs, and if so what did they want and why did they attack people? Was there a government cover-up? Or was this all just mass hysteria and seeing things? Without a doubt, the "Cloares Invasion" remains a very harrowing, and yet remarkably obscure case of the darker side of UFO encounters.

SpaceX Rocket Looks Like a UFO and Attracts One Too