The Coronavirus: A Novel Threat, but No Alien Invasion

To say that these are strange times here on planet Earth would probably be an understatement. In fact, for many of us, the current global pandemic situation feels more like an alien invasion.

This isn’t the first time it’s happened, of course. In fact, every few decades something close to the magnitude of the current coronavirus strain crops up, with notable examples including the 1968 H3N2 virus strain and, most famous of all, the Spanish Flu of 1918 which infected 500 million people and led to the deaths of as many as 100 million people by some estimates.

Whether the current coronavirus strain proves to be quite so deadly is yet to be seen. On the hopeful side of things, if we look back at the more recent 2009 H1N1 flu strain, world populations fared much better than they did in 1918 when the Spanish Flu—also an H1N1 strain—made its rounds. However, as medical professionals noted at that time, younger populations appeared to have been more adversely affected, possibly due to the lack of immunity that older generations had managed to build up in the aftermath of pandemics like the 1918 strain. Even though the 2009 flu didn’t quite match the devastation of its 1918 predecessor, it did result in the deaths of nearly 10,000 Americans, with around 1 in every 6 individuals being infected by the virus.

The current coronavirus strain is a different matter entirely. This is mainly because it only made its way into human populations recently; the outbreak occurred in Wuhan, China last December, after having been passed from bats to an intermediary species as much as 70 years ago. Being entirely new to human populations, we haven’t had an opportunity yet to build up immunities to it, making it far more infectious—and potentially dangerous—than common flu strains (hence why experts refer to it as “novel”).

The newness and potential threat posed by such a disease has also led to some novel speculations about its origins. Notably, British mathematician, astronomer, and astrobiologist Chandra Wickramasinghe has even suggested that COVID-19 actually has origins in outer space: in other words, he suggests the current pandemic is quite literally an alien invasion. 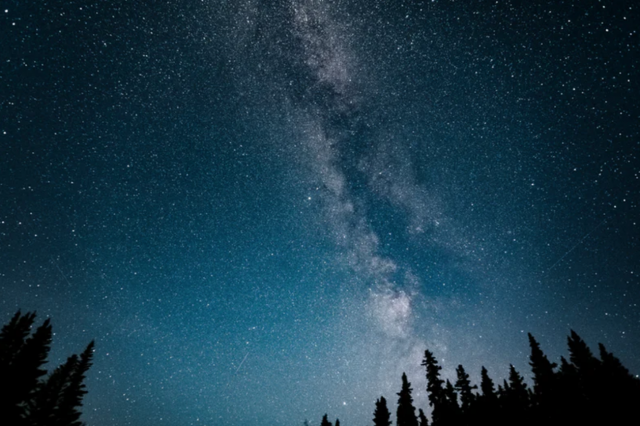 This isn’t the first time Wickramasinghe has proposed such an idea about novel pathogens. According to Space.com, he has made similar assertions in the past about severe acute respiratory syndrome (SARS), and “for decades, has tried to prove that diseases like SARS or influenza have come from space.”

This is an unlikely proposition in the case of COVID-19, since epidemiologists and pandemic experts have been well aware of the likelihood that a new and potentially deadly coronavirus might emerge in human populations for many years (in fact, some have tried repeatedly to sound the alarm about the need for preparedness pertaining to this, but with little success). The origins of such virus strains among species like bats has also been well established, with some studies even considering whether a novel coronavirus might be able to spread directly from bats into human populations, without requiring an intermediary between the two.

Despite the recognized origins of such coronavirus strains on Earth, Wickramasinghe posits that COVID-19 might nonetheless have extraterrestrial origins, as he told the Express in February:

“The sudden outbreak of a new coronavirus is very likely to have a space connection, the strong localisation of the virus within China is the most remarkable aspect of the disease. In October last year a fragment of a comet exploded in a brief flash in North East China. We think it probable that this contained embedded within it a monoculture of infective 2019-nCoV virus particles that survived in the interior of the incandescent meteor. We consider the seemingly outrageous possibility that hundreds of trillions of infective viral particles were then released embedded in the form of fine carbonaceous dust. We believe infectious agents are prevalent in space, carried on comets, and can fall towards Earth through the troposphere. These, we think, can and have in the past gone on to bring about human disease epidemics.”

However, there are a few problems with this theory. For starters, Wickramasinghe seems to introduce a contradiction in pointing out the “strong localization” of the virus, noting this is the most “remarkable aspect,” while referencing a cometary fragment that flashed through the sky in Northeast China several weeks before the Wuhan coronavirus outbreak. It is true that a fireball lit up the sky over northeastern China in October of 2019, although its appearance was most prevalent over the very northernmost provinces like Jilin, more than 2,100 km northeast of Wuhan, the undisputed epicenter of the coronavirus outbreak. 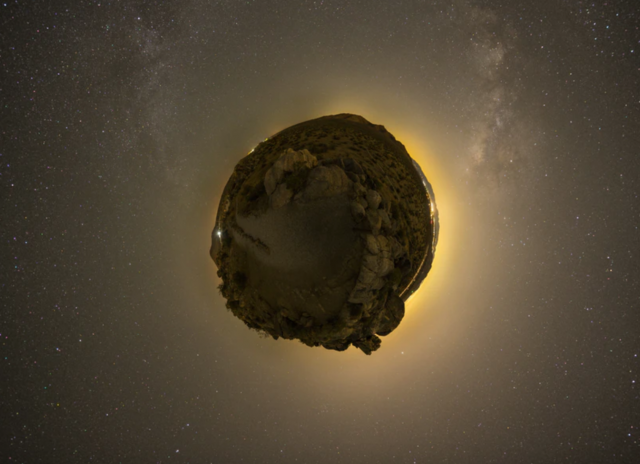 Yes, there was a “strong localization” of the virus, and in fact, the outbreak was so well-confined to Wuhan at the outset that Wickramasinghe’s theory about “hundreds of trillions of infective viral particles” being released over the region simply doesn’t add up. Why the fireball in question wouldn’t have “seeded” such a virus in various locales, or at least closer to Jilin and the northeastern provinces where it was most prevalently observed, does not seem to be accounted for in his theory.

Wickramasinghe’s idea about alien pathogens didn’t come out of the blue, as noted earlier. To understand where his thought on the subject originates requires a look further back at his career and, more broadly, his outlook on astrobiology.

Wickramasinghe and his collaborator, astronomer Fred Hoyle, have long championed what is known as the panspermia hypothesis, which essentially considers the possibility that life on Earth may have extraterrestrial origins. The idea itself is not without merit, and most of its proponents look to comets, meteors, and other extraterrestrial objects as potential “carriers” for organisms that are thus able to move throughout space, occasionally landing on planets where conditions for life are suitable.

The panspermia idea provides some very interesting fodder for thought, since it raises possibilities about the origins of life on Earth, and whether the organisms that exist here—including humans—could actually be the long-sought evidence for extraterrestrial life, without us actually knowing it. In this regard, one might theorize that in a roundabout way, a coronavirus actually could have extraterrestrial origins… but if that were true, then the same would have to be the case for all other lifeforms on our planet, too.

Still, if we could hypothesize that such a “seeding” event occurred at least once at some point long ago, and gave rise to all life on Earth, then what’s to say it couldn’t happen again?

This is, in essence, what Wickramasinghe is arguing. However, to say that an extraterrestrial seeding event might have occurred at some point in Earth’s ancient past is a far cry from introducing a “seemingly outrageous possibility”, to borrow Wickramasinghe’s own words, to account for the presence of a novel pathogen whose origins are already well understood. Respectfully, that part of his argument just doesn’t make much sense, and further, it introduces speculations that aren't necessary in order to understand the problems at hand.

The panspermia hypothesis remains a very intriguing idea, especially with regard to the search for answers about life on Earth, and whether extraterrestrials may indeed be out there somewhere. However, the current global pandemic is no alien invasion, nor is it anything close to being a "zombie apocalypse"... although few would argue that it's made things strange enough lately that it sometimes feels like one!

Psychedelic Placebos Cause Real Reactions in an Experiment