The Curious Case of the Hornsey Coal Poltergeist

There are many strange historical cases of hauntings that have managed to remain obscure and mostly forgotten. In some cases that just were not very well-covered, while in others they just seem to have slipped through the cracks, but they are intriguing nevertheless. One very obscure haunting and historical oddity revolves around a humble family in London, who was terrorized by some unseen entity that seems to have been imbued into the very coal they used for their fireplace.

It was a frigid day on January 1, 1921, when a Mr. Ivan Frost had a load of coal delivered to his home on Ferrestone Road, near Hornsey High Street and Tottenham Lane, in the Hornsey area of London, England. On this evening he was at his home with his wife, elderly parents, his two adult sons, and three orphaned nieces and nephews, and they began putting the coal into the fireplace to warm up the house, eager to wash away the clinging cold. Yet this coal behaved rather abnormally as soon as it hit the fire, exploding, sparking, shooting about the room, and rolling around across the floor, as well as reportedly phasing through walls and disappearing to reappear the next day, with Mr. Frost saying:

When big lumps leapt out of the fire and broke the kitchen windows we thought some sort of explosive had got mixed up with the coal. But after other lumps smashed pictures and damaged the furniture in the dining-room, we cleared all the coal out into the garden. Last night some of it reappeared in the house, and we heard it dropping at the top of the stairs. It seemed to be moving up from below. 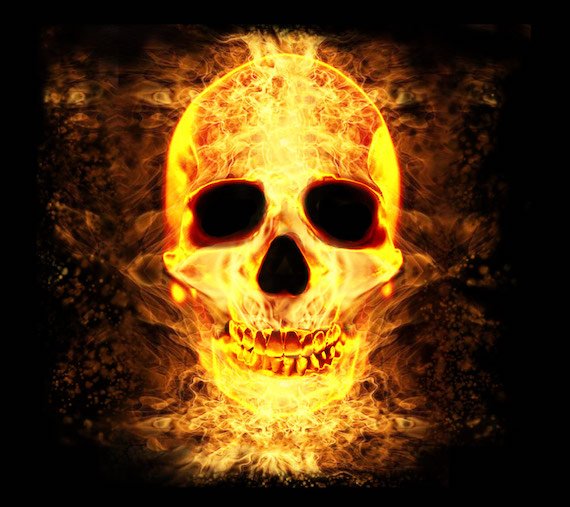 Police were notified and came to the residence to investigate, soon witnessing some rather peculiar phenomena themselves. It is said that coal was seen to “dance across the floor” and that coal scuttles moved about on their own. On one frightening occasion a knife apparently went flying across the kitchen, and all the while pieces of coal would dart about and rain down on those present, sometimes igniting on its own or passing through walls to other rooms. One inspector would describe picking up a lump of possessed coal and seeing it evaporate to disappear right before his eyes as he held it. This strange phenomena seemed to get worse when the sons were around, and no one had any answer for any of it. Men of the church were brought in, and also witnessed the activity, with one Rev. A.L. Gardiner saying, “There can be no doubt of the phenomena. I have seen them, myself.” Other witnesses came to see it as well, including a Dr. Herbert Lemerle, who would tell of seeing a clock mysteriously vanish as he watched it. All of this was often accompanied by a symphony of knocks and bangs that seemed to come from within the very walls.

There were attempts to explain it all in mundane terms, with the most common idea being that disgruntled coal workers had mixed the coal with dynamite, which would explain the pyrotechnics, but not the other weirdness. Another idea was that the coal was actually imbued with the angry spirits of miners who had died, and still others thought this was all a prank being pulled by the family’s two sons. However, real answers were scant, even as the lists of witnesses grew. Firemen who came to inspect the house said that coal would spontaneously ignite, only to go out again, and that pieces would fly from the hands to go sailing across the room. Sometimes this coal would even travel outside to hit passerby. One reporter from the Aberdeen Journal who visited the afflicted residence would write:

As anyone who visits the house can see, the manifestations, whether spiritualistic or not, have done material damage. Windows and pictures and crockery are broken, and the walls are scarred where pieces of coal have struck the wall paper. A woman neighbour who called to express sympathy states that a piece of coal, thrown from apparently nowhere, struck her on the leg. A pin cushion and other articles were flung from the chest of drawers to the floor. An orange lifted itself off a chair and dropped on the children's bed. A gown was overturned on a chair.

In the meantime, other neighboring houses began to report the same sort of phenomena, with one woman even reportedly killed by a piece of exploding coal at her home in Guilford, Surrey, and this was enough to instigate a town meeting in May of that year. Although they were unable to come to any rational explanation, the Frost family in particular would continue to be plagued by what was coming to be known as the “coal poltergeist,” and it seemed to be escalating. Fires were beginning to start by themselves, and heavy furniture would shift or even levitate off of the ground, sometimes with someone sitting in it. This was apparently very stressful for the family, and Frost’s own niece, 5-year-old Muriel, would reportedly be literally scared to death by all of this ghostly activity. Frost would say of this:

Muriel took all the phenomena with calmness until a week or so ago. But since a bedstead rose, knocking over a chair and causing her to fall and bite her tongue, she has been much scared. Just before her death the house became a mass of rappings. Early this week she was taken suddenly ill, and died on Thursday morning. We are all convinced that she has been worried into this illness. 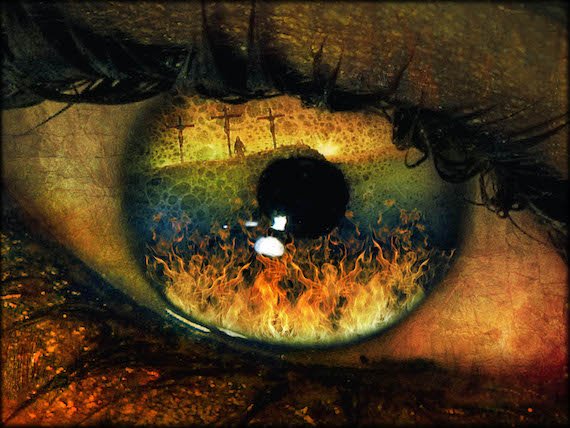 Not long after this, her brother Gordon also mysteriously experienced a severe nervous breakdown and was sent to a mental hospital, and it seems to have all been very harrowing, indeed. Oddly, there would be other reports of exploding coal from as far away as Paris, France, Belgium and Switzerland, and it was noticed that in every case that British coal had been used. Considering that at the time there had been a lot of disgruntlement among coal miners in the country, this underlined the theory that dynamite had been mixed in with the coal out of spite or perhaps by accident. However, the great paranormal researcher Charles Fort himself would write of this angle in his book Wild Talents:

In this period there was much dissatisfaction among British coal miners. There was a suspicion that miners were mixing dynamite into coal. But, whether we think that the miners had anything to do with these explosions, or not, suspicions against them, in England, were checked by the circumstances that no case of the finding of dynamite in coal was reported, and that there were no explosions of coal in the rough processes of shipments.

Fort was under the impression that this was the work of poltergeists, quite possibly revolving around one of the children of the house, and there was even the idea that it might be a ghostly phenomena springing from the fact that the house was built upon a cemetery that had been relocated, possibly with bodies left behind. Whatever the answers may be, Fort found it a very compelling case, saying, “There has been no poltergeist case better investigated. I know of no denial of the phenomena by any investigator.” What was going on here? Was this really just explosives mixed with coal, and if so how would that describe the other phenomena witnessed? Was this a prank pulled off by one of the children? If so, how did they pull it off? What is the significance of Muriel's illness and the mental breakdown of Gordon? Considering this is an obscure historical case, we will probably never know the answers to these questions, and the Hornsey coal poltergeist remains a curious unsolved mystery.