The Latest Of Several Unexplained Sightings In The Haunted Cornwall Woods

Kennall Vale woods, which is located in Cornwall, England, has a long history of being haunted and the latest of many creepy sightings include an unexplained shadow figure.

While Tina-Marie Lally and her husband Dylan were out for a stroll in the nature reserve, they snapped a few photographs and when they were reviewing them they noticed a “shadow person” in one of the pictures. At first Tina-Marie thought that perhaps the shadow could have been her husband, but they realized that at the exact moment when she snapped the picture, he had walked down the valley and was sitting on a bench. 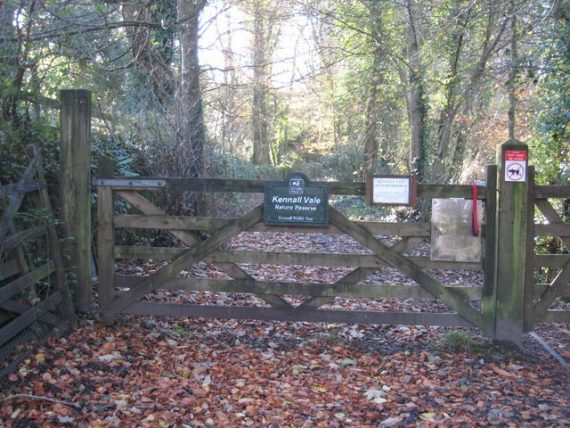 After doing some research, Tina-Marie believes that the shadow person she captured in one of her photographs was a man named William Dunstan who died in 1838 from an explosion at the old gunpowder factory that was located in that area. The Kennall Vale Gunpowder Works produced 4,000-5,000 barrels of gunpowder each year during the peak of productivity in the mid nineteenth century. Dunstan, however, wasn’t the first fatality recorded at the site. In 1826, a woman named Elizabeth Rutter was delivering some roast potatoes to the workers at The Mixing House when an explosion happened, killing her and one of the workers. The factory ended up closing down in 1910.

“Have I captured a shadow person or William? Or is there a rational explanation for my compelling and somewhat spooky image? It has certainly spooked me and my husband,” Tina-Marie said, adding, “I have never experienced anything like this before.” The picture of the alleged shadow figure can be seen here.

According to The Spooky Isles website, there have been numerous other reports over the years of William Dunstan’s spirit following visitors through the woods. “It isn’t just the animals that inhabit those old buildings,” the site reads, “The ghost of William Dunstan is believed to haunt the Vale. As well as other unexplained activity.” It goes on to read, “The ghost of William Dunstan has been known to follow people as they explore the rusted remains of the factory. His spirit has also been known to grab people in a protective manner, almost as if he doesn’t want them to share his fate.” According to visitors to the area, on the anniversary of the deadly explosion, they have heard the sounds of an explosion as well as seeing unexplained orbs of light.

Another eerie sighting took place last year when a ghost hunter named Mark Davies, along with three friends, captured what many people believe is evidence of an “alien” or “demon”. Around 9:30 p.m. on January 5, 2019, they were in the Kennall Vale woods when they took a video (which can be seen here) of a silhouette appearing on a small bridge before moving to a totally different spot. “Some call them aliens, some call them demons, the Watchers and many other names. This is my best evidence visual up to date of a non-human being caught on my video camera,” Mark told Cornwall Live, adding that the entity really frightened him, “I just think it’s evil. It’s not from this world, it was definitely there and it was a solid form.”

“Mermaid” Spotted in Antarctica With Help of Google Earth