The Men in Black: Shape-Shifters?

Mention the notorious MIB and most people will instantly think of Will Smith and Tommy Lee Jones – such is the incredible success of the Men in Black movie franchise, which began back in the 1990s. Of course, those with an interest in the paranormal mysteries of our world will know that the movies were based upon real reports of encounters with mysterious, dangerous men dressed in black, ones who were intent on silencing people who had encountered UFOs, aliens, and even the likes of Bigfoot and the Mothman. There is, however, one big difference between Hollywood’s MIB and those of the real world. Smith and Jones characters – J and K – are the employees of a secret agency that oversees the alien presence on our planet. In other words, they are what we might accurately term ufological 007s. In reality, however, the Men in Black are clearly not government agents: they don’t even look human. That’s because they’re not.

“Pauline,” who I interviewed in 2013, had a very strange encounter with a Man in Black back in October 1973, when she was living in Pasadena, California. It’s notable, and probably relevant, for me to reveal that a major UFO wave was going on at that time, and all across the United States. While hiking in the California hills one Sunday morning, Pauline encountered a classic, silver-colored flying saucer-style UFO which, at first, at least, was high in the sky. Suddenly, it dropped to around fifty or sixty above her, hanging there in an odd, wobbling fashion. Amazed, Pauline could only stare as the silent craft bobbed around – like a boat on churning waters – and then shot away at high speed. 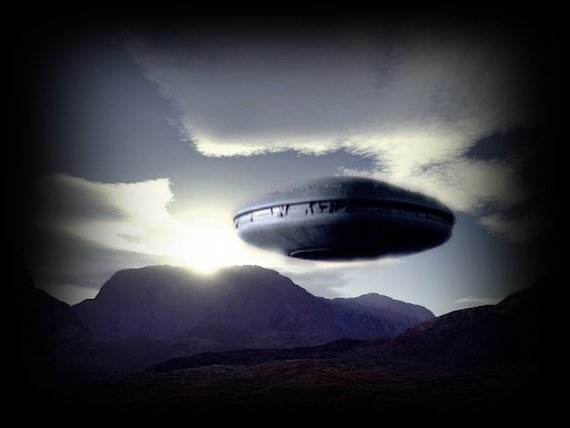 Pauline raced home and excitedly told her family of what had just taken place. They, apparently, weren’t the only ones who knew what had occurred on the fateful morning in 1973. Three days later, and after sunset, Pauline had a visitor. Not a welcome one, I should stress. It was a Man in Black, a skinny – almost emaciated – old man, dressed in a shabby black suit, looking pale and ill, and wearing an old, 1950s-style fedora hat. Pauline said that she felt her mind was briefly enslaved, as the MIB near-hypnotically asked her to invite him into her home. In a slight daze, and to her eternal cost, she did exactly that. She retreated to the couch, stumbling slightly and feeling ice-cold. The old man followed her, and stood in the living-room, looming over her, as he warned her – in no uncertain terms – never to discuss her close encounter again. Ever.

The MIB then turned around and headed to the door. At that exact same moment, Pauline felt her mental faculties return to normal and she raced after him, just as he exited the door and closed it behind him. Pauline threw the door open wide, only to find the old Man in Black gone. In his place, however, was something else: it was a large, black dog with bright red eyes. It snapped and snarled in Pauline’s direction and in what was clearly a deeply malevolent, dangerous fashion. She stared in horror as the glowing-eyed monster prowled around the yard, clearly intent on adding to the malevolent atmosphere that was already firmly in place. Suddenly, and as if out of nowhere, a black Cadillac – that looked decades-old in design – appeared and screeched to a halt outside of Pauline’s home. It should be noted, here, that the MIB almost always drive such cars of that particular type, age and color.

Pauline watched, shocked and scared, as the back door on the driver’s-side opened and the fiendish black hound bounded across the front yard and leapt into the back of the Cadillac, which shot away at high speed! Today, Pauline – now a grandmother and someone who is fairly comfortable about sharing her bizarre experience – is of a firm opinion that the aged MIB and the red-eyed beast were one and the same. As Pauline sees it, something unexplained, but also something which could take on “different disguises” as it saw fit. As controversial as that might sound, let’s not forget that we saw in a previous chapter how, in England of centuries ago, so-called phantom black dogs were said to possess the ability to shapeshift into human form and vice-versa.

Moving on, but still focused on Pasadena, California – interestingly enough – there is the very strange story of the “Maxwell” family, who I met and spoke with in 2014. In the summer of 1987, they spent a week vacationing in and around San Francisco, staying with friends in Menlo Park. On their way back home, they traveled along California’s famous Highway 101, which provides a panoramic view of the Pacific Ocean, and for mile upon mile. They chose to drive through the night, when the highway would be at its least busy; thinking that it would be to their benefit. How completely and utterly wrong they were. As fate would destine to have it, after a couple of hours of driving, the family of four spotted a strange light in the sky. It was described as a bright green ball of light, about the size of a beach-ball, one which paced their car and that stayed with them for a couple of miles, at a height of around sixty feet. There was nothing frightening about the encounter. Rather, they were all amazed and excited. It wasn’t long, however, before things got very disturbing. 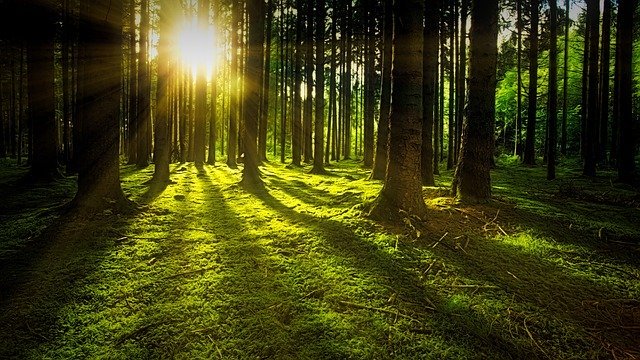 The day after the Maxwell’s got home was a Sunday, meaning they had an extra day before returning to work and school. It was while one of the teenage children was sat on the porch and playing music on an old Walkman that she caught sight of a man on the other side of the road. He was dressed completely in black, aside from a white shirt. He even wore black gloves, on what was a bright, summery day. The girl was particularly disturbed by the fact that the man sported a weird grin and was staring right at her. So unsettled was she that she went back into the home and told her father of what had just happened. He quickly went to the door but – no surprise – the MIB was gone.

Later that same night, the girl had a frightening and graphic dream – if that is all it was - of the very same Man in Black standing next to her bed and staring at her in malevolent style. She woke suddenly, around 3:00 a.m., soaked in sweat. On the following night, the girl’s younger brother had a similar dream. And, two days later the husband and wife saw a pair of creepy, pale MIB clearly watching, and following, them in a local supermarket. Oddly, as the husband, angry and confused by what was going on, decided to confront them, they headed quickly to another aisle and vanished – as in literally. They were nowhere to be seen.

Matters reached their conclusion on the next night, when Mr. Maxwell was woken up by the sounds of loud scratching at the front-door; scratching which strongly suggested some form of wild animal was trying to get in the home. He decided to try and catch the beast off-guard and raced into the backyard and to a gate that gave access to a small alley between his and the house next door. He crept along, reached the front of the house, and peered at the front-door. To his horror, there was no monster, but a man – in black, it scarcely needs saying – crouched down and pawing at the door in deranged style.

Mr. Maxwell shouted in his direction, at which point the MIB stopped what it was doing, stood up to a height of around seven-feet, and stared directly at him. Then, in an instant, the figure dropped to the floor, took on a wolf-like appearance, and bounded off into the darkness, leaving a shell-shocked and trauma-filled witness behind it. The MIB that became a wolf was not seen again and the Maxwell’s did not experience anything else untoward. The strange series of events was finally at its end.

The Time the Russians Found a Derelict Alien Spaceship in Orbit