The Mysterious Case of the Toxic Lady

Sometimes there are strange cases that serve to perplex and confound even the most experienced of the medical community, and one of these is certainly the time a woman was brought into the emergency room to sicken everyone who came near her. 31-year-old Gloria Ramirez ostensibly was a perfectly normal housewife living in Riverside, California, along with her husband. In 1994 things for the Ramirez family had taken a turn for the worse, as Gloria was battling cervical cancer, undergoing chemotherapy and regular treatment, but still she had by all accounts remained in good spirits throughout her ordeal. On the evening of February 19, 1994, her health suddenly and inexplicably took a turn for the worse when Gloria’s blood pressure plummeted and she developed severe difficulty breathing and dizziness. As her family tried to comfort her she began vomiting profusely, and the decision was made to rush her to Riverside General Hospital’s emergency room at 8:14 p.m. Little did anyone know the series of strange events that was about to unfold, or that this would launch itself into the realms of some of the most baffling medical mysteries out there.

By the time she arrived, Gloria was described as completely incoherent, her heart was beating significantly faster than normal, and it was soon realized that she was in the midst of cardiac arrest. Medical staff immediately gave her drug treatment and put her on oxygen, but this seemed to do little to help her inexplicable condition, and nurses began removing her upper clothing in order to administer defibrillation. As Gloria was being prepped it was noticed that there was a strange, slick oily sheen on her skin, and the air became pervaded by an odd, fruity odor with an undertone of garlic, which was thought to be coming from her mouth. Others present would tell of also noticing a faint whiff of ammonia as well, but no one had any explanation for any of this.

It was decided to take a blood sample, and when a nurse inserted the syringe things got stranger still, when the ammonia odor got much stronger, and it could be noticed that there were tiny particles eithin the blood that looked like “white crystals” floating about in the sample like flies in amber. As the main doctor in charge looked at the blood sample in bafflement, that ammonia stench spread to permeate the entire room, and that was when nurse Susan Kane suddenly crumpled to the floor, complaining of a burning sensation in her face. As she was taken away, medical student Julie Gorchynski passed out, followed by respiratory specialist Maureen Welch, and before long people were dropping left and right like flies, others in attendance also falling unconscious or experiencing sharp physical symptoms including lightheadedness, a burning sensation, nausea, dizziness, spasms, weakness of the limbs, and partial paralysis.

The emergency room was then ordered to totally evacuate all non-essential personnel, after which it was soon ascertained that a total of 23 people had fallen ill in Gloria’s presence, five of them severe enough to require hospitalization themselves, and no one had the slightest idea as to why. Only a few people remained behind to try and care for Gloria, whose condition was steadily getting worse. Despite all attempts to help her, Gloria Ramirez would pass away just 35 minutes later, the official cause listed as kidney failure related to her cancer. As to why everyone who got near her seemed to faint or fall violently ill, no one knew, and the answers would turn out to not be so easily found.

The removal of Gloria’s body from the premises was more like a biohazard containment exercise than a body removal. Personnel decked out in full hazmat biocontainment suits placed the body in a sealed aluminum casket, and took air samples from throughout the emergency room in order to test them for toxins. When the actual autopsy was carried out a full week later, it was done under similar conditions, with those in attendance in thick protective gear, yet oddly it was found during this initial autopsy that there seemed to be no signs of any toxins, no trace of anything at all that could explain the severe symptoms displayed by those who had been near her, taking it deeper into the bizarre. 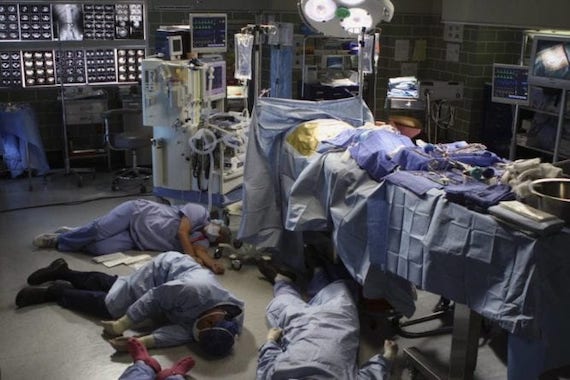 In the meantime, medical staff who had been effected and those who had been present during the initial incident were thoroughly interviewed, and all of them were convinced that there had been a toxic reaction, although all of their blood tests turned out completely normal. The samples that had been taken from the ER similarly showed no trace of any contaminants in the vicinity, coming out completely clean. Considering that there was absolutely no physical evidence whatsoever of any contamination in either Gloria Ramirez, the room itself, or any who had gotten ill in her vicinity, Drs. Ana Maria Osorio and Kirsten Waller, of California's Department of Health and Human Services, came to the conclusion that it was all the result of some sort of mass hysteria, a theory that was not readily accepted by those who had been there. Since some of those initial victims of the strange phantom toxin had spent up to 2 weeks with breathing difficulties and other myriad symptoms, the Riverside Coroner's Office decided to have a more thorough examination of Gloria’s body carried out by the Lawrence Livermore National Laboratory, which would end up only furthering the mystery.

During this second autopsy it was found that her blood contained abnormal levels of dimethyl sulfone, which although naturally produced by the human body was found to be in concentrations three times higher than usual, which considering that this substance usually disappears from the body within three days was a staggering amount. It was therefore speculated that Gloria had been using a compound called dimethyl sulfoxide as a self-administered pain medication, which can be easily purchased at a hardware store and is usually used as a degreaser. It is also sometimes used as a misguided home remedy for pain, spread over the skin where it can leave an oily residue, and furthermore emanates a smell like garlic. According to the Lawrence Livermore National Laboratory, Gloria had likely used dimethyl sulfoxide to help deal with her pain from her cancer, after which it had, through some sort of little-understood chemical reaction, helped along by the electric shocks from the defibrillator, transformed into the highly toxic and carcinogenic dimethyl sulfate, which would have been released when her blood was taken. As to the ammonia smell, it was surmised that the amounts of Tylenol, lidocaine, codeine, and an anti-nausea medication called Tigan found in Gloria's blood could have formed a concoction that could have created amines in the body, which smell like ammonia. It all seemed like a perfectly rational explanation, but others were not so sure.

Some medical professionals argued that the amounts of any of these chemicals in the blood were, while elevated in Gloria’s body, nevertheless present in minute amounts far too low to explain the mass sickening that had occurred all around her. Furthermore, it was doubted that even if it had been, dimethyl sulfate would have been unlikely to cause the specific symptoms exhibited in those present, and with such frightening, decisive speed. There was also found to be no case of this sort of negative, volatile reaction ever happening within a human body, especially without killing the host, and putting another nail into the coffin of this idea was that there was not found to be any dimethyl sulfoxide among the dead woman’s belongings at home, as well as the fact that her family denied that she had ever used it. Considering all of this, the theory was seen as quite unlikely by many, leaving the field open to other ideas. 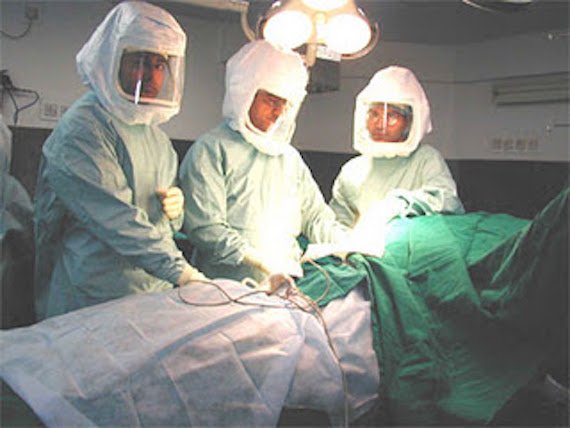 Gloria’s family certainly didn’t buy the official explanation, to the extent that they went about having an independent autopsy performed by a Dr. Richard Fukumoto. Unfortunately, by this time it had been weeks since Gloria’s death, and it was also found that since the corpse had been kept in a faulty refrigeration unit it was too decomposed to do much with, leaving Fukumoto unable to reach any conclusions or find a cause of death and the family fuming at the oversight. Curiously, at this time it was found that Gloria’s heart was also missing from the body for reasons that could not be determined, and it had not been returned from the coroner’s office. It also would turn out that the original blood samples taken from Gloria had sort of disappeared as well. This and the state of the body would convince the Ramirez family that something sinister was going on, and that there was a cover-up being enacted by the hospital, yet what they could be hiding is anyone’s guess, with ideas ranging from secret biological weapons to an accidental administration of chemicals used for making methamphetamines being shipped out of the hospital in intravenous bags. In the meantime, the body of Gloria Ramirez would finally be laid to rest on April 20, 1994 at Olivewood Memorial Park in Riverside, 10 weeks after her death and with no concrete answer for what had happened.

At present, the case has officially been "explained" with the findings of the Lawrence Livermore National Laboratory, but there are plenty of people who are not comfortable with that explanation, least of all Gloria Ramirez's own family. What was going on here? What caused this poor woman to be brought into that emergency room, only to sicken and taint everyone who approached her? Why is it that no physical evidence was every turned up, and as a matter of fact, what happened to the heart and blood samples from her badly preserved corpse? Is there a rational explanation for this all or is this a dark conspiracy covering up something decidedly more nefarious? Whatever the answers may be, Gloria Ramirez was buried on that plot along with a lot of unanswered questions, and it remains a mystery much discussed to this day.