The Mysterious Disappearance and Death of Vera Page

Throughout history there have been myriad strange disappearances and mysterious deaths that have never been solved, orbited by strange clues and baffling conundrums that have kept them veiled in muddy gloom and forever out of our reach. Some of these are especially tragic, leaving in their wake devastated loved ones who merely want answers that are likely to forever elude them, and one of these is the sad vanishing and subsequent death of a girl whose demise has remained an unsolved mystery that remains just as impenetrable now as it was then.

The mysterious, tragic story of the 10-year-old girl named Vera Page begins on December 14, 1931, in a quiet area of Notting Hill, London, in England. On this day Vera came home from school in a very excited state, as she had just won certificates for excellent swimming ability at school. She was ecstatic about it all, and begged her mother to let her go to her aunt Minnie’s house to show them off. Since it was only 4:30 in the afternoon and the aunt lived right down the road, Vera’s mother allowed it on the condition that she return home by 5:30, and the happy little girl skipped off with pride. There was no reason to think that anything was out of the ordinary. The girl would apparently reach her aunt’s house at 4:45 after which she chatted a while and headed back home and into a strange unsolved mystery.

When Vera didn’t return home by 5:30 PM as promised her parents became worried, and after checking with the aunt to confirm that the girl had indeed been there, they then went around to the homes of various friends and neighbors, but the only one who had seen her were some neighbors who claimed that Vera had been standing outside on a shopping street browsing through shop windows by herself while holding her certificates at a little after 5PM. When 10:25 PM came around and there was still no sign of Vera, she was reported missing to the police, who quickly notified the local media, sent out and SOS, and began meticulously searching the area.

Police would soon find other witnesses who claimed to have seen the missing girl. One of her school friends claimed to have run into her near a chemist's shop at around 5:30 PM, and the two had talked about some dominoes in a shop window that Vera wanted for Christmas. Another neighbor saw her at 6:30 PM, still looking in shop windows, and another at 8:45 PM, who saw her walking alone down Montpelier Road. It was all rather odd, as Vera was a shy, very obedient girl who always came home as promised, so no one could figure out why she would have been wandering around aimlessly well after her curfew time. After this no one would see her again. At least alive.

More ominously were unconfirmed sightings of an unidentified man loitering in the area, described as wearing a black overcoat and handing out some kind of candy or sweets to local kids, but while certainly creepy there was no clear link between him and Vera. Another witness claimed to have seen a man pushing around a wheelbarrow in the neighborhood that morning, its significance also uncertain. Further searches proved fruitless, and no added sightings could be found, leaving authorities baffled as to what had become of her. Vera Page had seemed to have just vanished into thin air. It would not be until two days later that a grim and gruesome discovery would be found that would cast the whole case in a sinister new light.

On December 16, milkman Joseph Smith was doing his routine rounds when he was startled to stumble across the body of a dark haired girl sprawled out in some bushes, right there in the front garden of a house on Addison Road, Kensington, close to Holland Park and not even a mile from Vera’s house, and tragically it turned out to be that of the missing girl. It was very soon ascertained that she had been raped and killed by strangulation, and there were myriad little strange clues surrounding her. First was that the body was just lying there, practically right out in the open and barely concealed at all. An ammonia-stained finger bandage was found firmly stuck against the inner elbow of her right arm, her coat was found to be stained with candle wax and coal dust, and there was an indented mark like that of a string across her neck, later found to have been inflicted after her death. A piece of candle and the girl’s red beret, which oddly smelled of paraffin, would later be found in the vicinity. Oddly, it was found that although there had been a heavy downpour the night before, the girl’s clothes were exceptionally dry, and no one at all had noticed the body lying out there in a residential area, leading police to surmise she had not been lying there for more than 2 hours. Furthermore, the lack of rigidity in her body meant that she had been killed very recently, well after she was last seen alive. 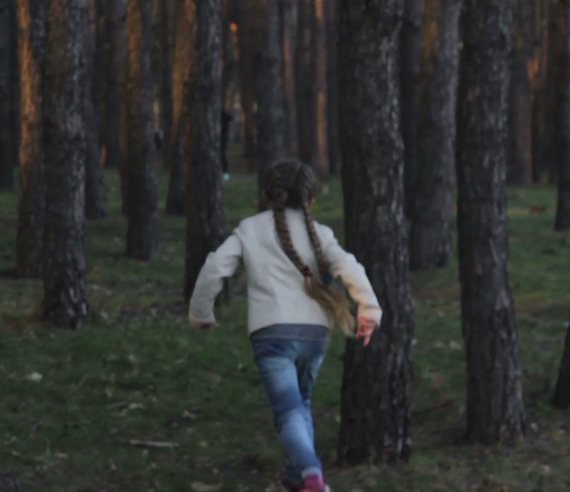 The coroner would come to the conclusion that Vera had been violated and killed by manual strangulation, her body kept in a coal storage cellar that would have necessitated the killer to use a candle for illumination, explaining the wax, and then dragged with a rope or cord around her neck at some point. It was speculated that she had died around 24 hours before being found, and that the body had then been kept in a warm place for some time before being moved to the shrubbery where she was found. Investigators surmised that she had likely been killed nearby not long before discovery and then moved to that location, the perpetrator somehow avoiding any neighbors noticing anything suspicious, but there were few clues as to who would have done such a thing to this young girl. The only real clue was that bandage, believed to have belonged to the killer and accidentally taken off of a finger wound while moving the body, but it was a common type of bandage available anywhere. And so a massive hunt for the killer was mounted, the likes of which the area had never seen.

Police would interview thousands of neighbors and potential witnesses in a desperate search for answers, and their sights eventually settled on a 41-year-old laborer by the name of Percival Orlando Rush. There were many reasons why he attracted the interest of police. For one, his parents just happened to rent out a living space at the Page house and he himself lived only a few hundred yards away down the street, and he also said he knew Vera personally. This would have fit in with the idea that the shy girl would have never wandered off with a complete stranger, and that she had been most likely been killed by someone she knew personally and maybe even trusted. He also matched the description of the man who had been seen pushing around a wheelbarrow on the morning that Vera’s body was found, and there were those who placed him at that shopping street at the time Vera was last seen. More importantly was that he was found to have a length of cord in his coat's pocket, coal dust on his overcoat as well, and he also just happened to have a festering wound on his finger that he had incurred in a work-related accident as a launderer, which also put him into regular contact with ammonia.

This was all very incriminating to say the least, but even under intense questioning Rush had an answer for everything. He claimed that he had not visited his parents in a while, and on the day of Vera’s last sighting he had merely been killing time at the shopping center waiting for his wife to get home. He also claimed that he had not been using bandages for his finger because he had wanted the wound to harden, only wearing it once at work to protect his hands from the ammonia, after which he had thrown it away, and this would be confirmed by several of his colleagues. Police did find bandages in his possession, but they did not match the type found on Vera’s body. As to the wheelbarrow scenario, the woman who had made the claim was asked to pick Rush out from a police line-up, which she was unable to do. Candles found at his home were found to be of the same type found on Vera’s jacket, but considering they were a fairly typical variety this did not necessarily prove anything. The cord he said he had found and just happened to have brought it home with him, and although he could not explain how the coal had gotten on his jacket, this in and of itself did not make him guilty. 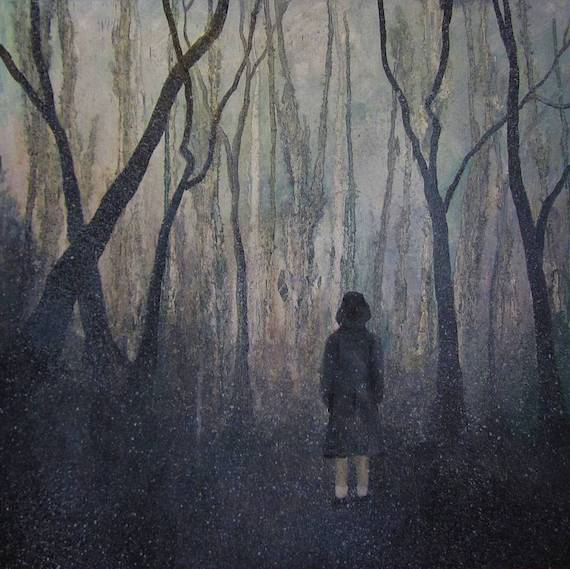 Through it all Rush remained vehemently adamant that he had had nothing to do with the death, and indeed had not even seen Vera for about three weeks. Helping his case was that there was not a single witness who could place Page as being with Vera at that shopping area, and no one had seen her with him at all at any point. There was also no drug store in the greater area who could ever remember selling the specific type of bandage found at the crime scene to either Rush or his wife. In the end, while very suspicious, the evidence against Rush was technically totally circumstantial, yet police and neighbors of the murdered girl were convinced that Rush was the killer. It was guessed that he was lying, and that since he had been asked about the bandages in an interview before his house was checked, that he had simply switched them out for a different type, but this is not enough to accuse someone of murder.

Rush would go to trial, and while the circumstantial evidence against him was considerable and he made several contradictory statements, it just wasn’t enough. There was nothing concrete, and so after a mere five minutes of deliberation he was found not guilty and released, much to the consternation of all of those who were sure that he had done it. Rush left the courtroom a free man, no other suspect was ever found, and Vera Page's death remains officially unsolved to this day. What happened to little Vera Page? Was she killed by Rush, and if so, how did he pull it off? Or was he innocent, the victim of bad luck and suspicious circumstances? No one knows, and the death will probably forever remain an enigma.