The Mysterious Fossil Forests of Antarctica

The huge, vast continent of eternal cold called Antarctica has long been a mysterious place stashed away at the bottom of the world and wreathed in enigmas, yet for the most part forgotten by many. Here is an expanse of unforgiving terrain and some of the most extreme environments on our planet, more akin to an alien world than anything else, and we have never really tamed this wild land. There are a lot of things one would expect to find here. Endless vistas of white, barren land, whipping winds, and deadly temperatures, but there are also some things that one might not expect to find, and one of these must certainly be the fossil forests that hint at a time when this was a domain of wild green.

Antarctica covers an area of 14.0 million km2 (5.4 million sq. mi), which is roughly twice the size of Australia or one and a half times the size of the United States, making it the fifth largest continent in the world. Although it is 98% covered with ice, which is well over a mile thick in most places, Antarctica is considered to be one of the driest places on earth, with only 200 mm (8 inches) of annual precipitation along its coast and even less inland, and it is often referred to as “The Great White Desert.” The cold in this wind-blasted land is staggering, with recorded temperatures reaching a deadly −89 °C (−129 °F). For this reason, human habitation of the continent is limited, and there are no permanent settlements. For the most part, the extent of human habitation consists of research stations representing many countries found peppered throughout the continent and engaged in various scientific pursuits.

For such a large landmass Antarctica long remained a mere myth, a lost land that was once known as Terra Australis Incognita, or the “Unknown Southern Land,” the existence of which for a long time remained almost a legendary quest and the doom of many failed expeditions to locate it. Although speculation and legends of its existence go far back, and there were discoveries of some of its satellite icebergs and islands, the Antarctic mainland was not really properly discovered until 1820, when a continental ice shelf was spotted by a Russian expedition led by Fabian Gottlieb von Bellingshausen and Mikhail Lazarev aboard the Vostok and Mirny. Even upon this discovery, the icy continent remained mostly neglected and forgotten at the bottom of the world since no one was willing to brave the extremely hostile conditions of this uncharted, extreme wilderness. It wasn’t until 1911 that the first human beings successfully penetrated the interior of Antarctica, when Norwegian explorer Roald Amundsen and four other expedition members became the first to reach the South Pole after a perilous overland journey. 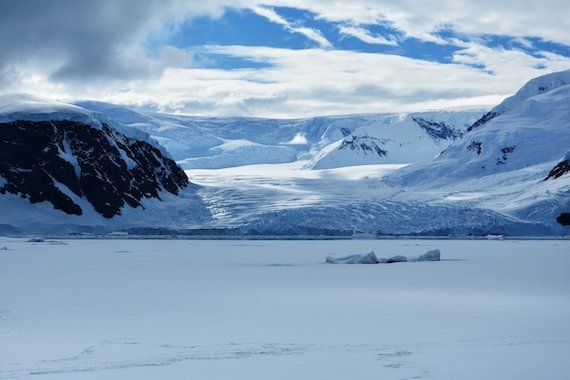 In the ensuing century, Antarctica largely remained an unexplored, poorly understood realm of cold and ice, and it has only been recently that improving technology and satellite imagery have helped us to really start scratching the surface of its frigid mysteries. Even so, Antarctica’s mysteries run deep, and what we are uncovering here at the very bottom of the world is mostly posing more questions than answers. As we look deeper into the ice and probe more thoroughly at the edges of what we know about this hostile and perilous place, Antarctica is proving to be much more than the enormous chunk of ice it was once thought to be. One such discovery that is generating a lot of interest is that of vast fossil forests buried within these frozen wastelands, which hint at a time when this was a very different place, and also hold their share of mysteries.

Looking out over the frigid, windswept moonscape of Antarctica, it is hard to imagine anything living here at all, much less trees. Yet hundreds of millions of years ago one would not recognize this place. Antarctica was once part of an enormous Southern Hemisphere landmass called Gondwana, which included Africa, Australia, India and South America. At this time there were plants and forests here instead of endless ice, the climate having been much warmer and more humid it is today. In this era there would have been swaths of dense forest carpeted with plants such as mosses and ferns, and it would have been more similar to a lush rainforest than the forbidding emptiness that we see today. These forests existed for millions of years down at the bottom of the world, from about 400 million to 14 million years ago, and Erik Gulbranson, a paleoecologist at the University of Wisconsin-Milwaukee, has said:

Antarctica preserves an ecologic history of polar biomes that ranges for about 400 million years, which is basically the entirety of plant evolution. Our goal this year was to study fossil ecosystems around the time of the late Permian. What we're able to see in these fossil ecosystems is something we've never seen before in Antarctica. 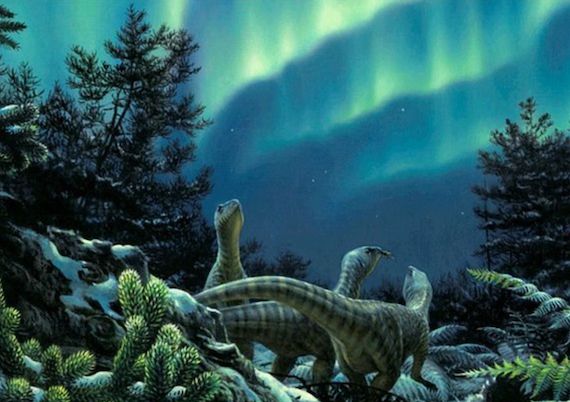 Gulbranson is part of a multi-national team that has braved the perilous, harsh conditions and discovered one of the oldest and best preserved of these ancient forests in the frozen, otherwordly badlands of the remote Transantarctic Mountains. This particular forest has been tentatively dated to about 280 million years ago, long before the dinosaurs and at around the time of the Great Dying Mass Extinction Event, also called the Permian Extinction, which wiped out more than 90% of all life on Earth at the time, and still remains a mystery but is largely thought to have been due to extreme temperature changes caused by Siberian volcanic eruptions.The fossil forest is thought to have been preserved in its current state after being buried in volcanic ash from a massive eruption, which quickly froze the trees in time like a photograph, right down to the cellular level. This remarkable level of preservation makes it possible to find petrified tree stumps and even the impressions of fragile leaves and twigs within the sediments. The trees and plants are so well preserved, in fact, that it is still possible to extract some of the amino acids building blocks from within them, and there have even been found fossilized microorganisms and fungi within the ancient wood. It was all apparently quite sudden, and Gulbransoon has said of this to Live Science:

They're actually some of the best-preserved fossil plants in the world. The fungi in the wood itself were probably mineralized and turned into stone within a matter of weeks, in some cases probably while the tree was still alive. These things happened incredibly rapidly. You could have witnessed it firsthand if you were there.

These forests have presented their share of mysteries for the scientists who dare to penetrate into this inhospitable wasteland. One of these is that, although the earth was much warmer here in the past, the forests would have still had to have survived the dramatic seasonal shifts of such an extreme polar realm. Then just as now, the region would have cycled between months of 24-hours a day of daylight and months of perpetual cold and darkness. How could these plants survive 5 months of the year without the photosynthesis they need for energy? It is thought that they perhaps somehow went dormant during the long darkness, during which time they would store carbon in their cells and subsist on stored energy from the summer months, then come out of stasis when the sunlight returned, but it is still unknown just exactly how they did it.

Another mystery is that although the Permian extinction did a lot of damage to these forests, it did not wipe them out completely. The forests of Antarctica soldiered on, although in an altered mix of species, going from tropical types of plants to a mix of evergreen and deciduous trees. It is not understood exactly why this happened, or how any life here survived at all, and it is hoped that it will help answer questions as to just how the extinction went down in the first place. Considering that it is likely to have been at least in some part caused by rapid climate change originating with volcanic eruptions spewing greenhouse gases, scientists believe that by understanding how these plants adapted could provide insight into the global warming we face today in modern times, and how these events affect life as we know it. Gulbranson says of this:

These new findings tell us how these organisms were reacting or responding to the climatic or environmental changes that were taking place during the extinction crisis. Having a fossil record of the extinction interval is our only understanding of how life on the planet goes through such an event.

It is all rather baffling to think that this forsaken land of perpetual cold could have ever harbored expanses of forests. What would it have been like to have gazed upon that scene so many eons ago and what secrets did those dim woods hold? There are more such petrified forests being discovered in this great white realm all of the time, and perhaps some of these secrets from ancient history may guide our research into the future, the ghosts of these long lost domains of green whispering to us from the past.