The Mysterious Haunting of the Riddle House

Haunted houses come in all shapes and sizes, and it seems like pretty much any building is capable of holding within it ghostly forces. It is not always clear why this should be, and the jury is still out on what causes all of these paranormal phenomena, but they have managed to ingrain themselves into both the public consciousness and the world of the weird. Some houses seem to attract an especially large amount of activity, and one of these is a house in the U.S. state of Florida that has garnered a reputation as being one of the most haunted around.

The history of what has become known as the Riddle House goes back to 1905, when it was commissioned and built by hotel owner Henry Flagler in West Palm Beach, Florida, in the United States. The quaint, Victorian style house was situated across from the eerie Woodlawn Cemetery, and originally served as a mortuary and funeral parlor, giving it a taste of death from the very beginning, although it boasted a cheerful, bright paint job on the outside earning it the nickname “The Painted Lady.” Considering that the cemetery was the final resting place for many of society’s elite, and the habit at the time of burying corpses with jewelry and other valuables, the Woodlawn Cemetery began to attract more and more nefarious elements. Grave robberies became common place, and so the Riddle House became a Gatekeeper’s Cottage, a sort of base for security guards from which to launch patrols to ward off trespassers.

Starting as a funeral home and with rumors swirling that it had been built upon an ancient Indian burial ground, which is never a good thing, the house already had a bit of an ominous air of death and morbidity around it, but this would get even worse in later years. In the 1920s, one of the security guards at the house, a man called simply "Buck," was allegedly brutally murdered on the premises, either killed by grave robbers or by a cemetery visitor he had a heated argument with, depending on the story. The point is he died, and it was then whispered that his ghost prowled the grounds, continuing his patrols even from beyond the grave, and giving the property its first full-fledged haunting, supposedly seen by numerous people.

Despite the growing rumors of a ghost lurking about, the house was purchased in 1920 by the city manager and superintendent of West Palm Beach, Karl Riddle, who used it as a personal residence, and from whom its name comes. By all accounts Riddle did not have a good time of things at the house, reportedly experiencing a wide variety of paranormal phenomena at the residence, and at the same time he also had to deal with an employee’s onset of a deep depression due to financial troubles he could not claw his way out of. The house was about to get another ominous taste of death, as one day it is said that this employee went up to the attic and hung himself, his body found hanging from the rafters the following day.

After this the paranormal activity worsened, with family members and housekeepers alike claiming to have seen the apparition of the dead employee, as well as lesser defined shadow shapes, and reports of moving objects, flickering lights, and sounds like chains being dragged across the floor of the attic or disembodied whispering were not uncommon. Indeed, this was enough to make many of the staff quit, and it got to the point where the beleaguered Riddle family could also bear it no more and moved out as well. The house then passed through a series of owners over the ensuing decades, variously being used for such varied purposes as a county hospital and tuberculosis ward, a relief hub for a local mental asylum, a shop, sporadically as a residence, and even as a dormitory for nearby Palm Beach Atlantic College, in each and every instance allegedly being soon abandoned once again due to the reported intense ghostly activity in and around the property. In the 1980s it sat there unused, slowly deteriorating into a decrepit, feral state, and its reputation as haunted, forsaken place scaring off potential buyers. 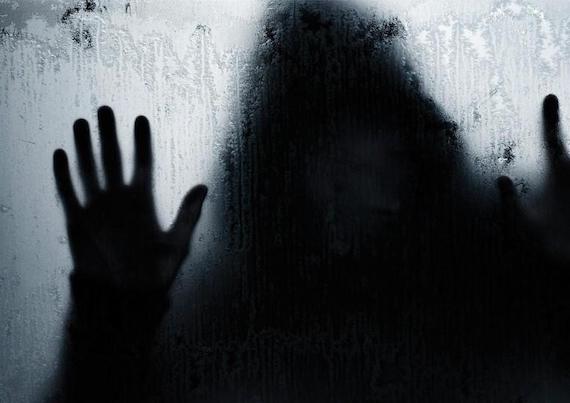 The city began plans to have it demolished, but Karl Riddle’s nephew, John Riddle, then swooped in to buy it and save it from certain destruction and extinction. In his opinion this was a historic structure that needed to be preserved, and the way he felt that could best be achieved was by moving the whole thing over to Yesteryear Village, in Palm Beach, Florida, which is sort of huge open air museum covering 5-acres and made up to look like a late 1900’s era Florida town. Here there are dozens of old buildings from the era, painstakingly preserved as a tourist attraction, and Riddle thought it was the perfect home for the condemned Riddle House. To this end he had the entire residence moved piece by piece to be reassembled at the village. The ghosts, it would seem, were not happy with this.

Almost immediately construction workers involved with the project began reporting myriad strange incidents. It was claimed that they would feel unseen hands push or prod them, or even rap them on their helmets with a hammer, and tools and other equipment would frequently go mysteriously missing, turn up in odd places, or be found strewn all over as if someone had ransacked the place. The windows of the house were also reported as sometimes breaking or even shattering into cascades of glass for no discernible reason, and there were several freak accidents reported from the construction site as well. This apparently got so bad and frightened the spooked workers so much that the project was postponed for a full 6 months. When the Riddle House finally opened in its new location there would be more weirdness. Guests at the unveiling allegedly saw a couple in old-fashioned early 20th century clothes at the opening reception, which they assumed to be costumed actors hired for the event, but who would turn out to look exactly like some people who appeared in an old photo of the original Riddle House put prominently on display. When someone realized this the strange guests were nowhere to be found and the event organizers denied having any costumed actors there.

In modern times there continues to be frequent paranormal activity reported from the house, such as visitors having objects thrown at them, seeing the apparition of an aggressive, angry woman in the kitchen who smashes things and slaps men, another of a young boy, and of course that of the Riddle employee who killed himself, often seen hanging from the rafters just as on the day he died. The attic is supposedly so incredibly haunted that it is now kept padlocked and off-limits to visitors. All around the house lights turn on and off by themselves, phone batteries will drain and go dead suddenly, objects move on their own, music from the 1920’s can be heard coming from the attic or closets, and some people even report being poked or shoved, or even having their hair pulled, and all of this has served to give the Riddle House a reputation as one of Florida’s most active paranormal hotspots, and regular ghost tours are held here.

This reputation has drawn in a lot of interest from paranormal investigators, and it has appeared on an episode of Travel Channel’s Ghost Adventures, with host Zak Bagans, during which the crew recorded doors slamming on their own, anomalous noises like bells ringing and footsteps, and other strange phenomena. There was also an instance in which an American flag was knocked over from no apparent cause, a birdcage flew off a shelf, cold spots were frequently felt by the crew, and there were recordings taken of what sounds like a disembodied child’s voice in the children’s room. It has been noted that the activity in the house seems to have become much more potent and malicious after the move to Yesteryear Village than it ever had been before, almost as if the spirits here are angry about it all and want to go back.

What is going on with this place? How can it be so incredibly haunted, even after having been moved piece by pice to another location? Is this an example of what is called a "residual haunting," in which past events imbue themselves onto a location or objects as if images to film? If so, why is it that the activity became more pronounced after the move? Are there perhaps actual free-roaming ghosts who have managed to latch onto and permeate this place, and who are unhappy to have been relocated? Or is this just a spooky urban legend in the making? Only one way to find out, it seems, and that is to go check it out this weird place for yourself.

Study Finds Rats Show Signs of Empathy Towards Other Rats