The Mysterious Reincarnation of Bridey Murphy

One of the great tales of past lives starts rather simply. 29-year-old Virginia Tighe was a normal housewife living in Pueblo, Colorado, along with her husband, local insurance salesman Hugh Tighe. They were a fairly average American couple, and there was nothing particularly remarkable or strange about them, that is until November of 1952, when they were sitting around one day socializing with a close friend of theirs, a local businessman by the name of Morey Bernstein. It just so happened that Bernstein was a budding hypnotist as well, and almost as sort of a lark he suggested that Virginia allow herself to be hypnotized by him. It seemed to be all in good fun and she agreed, and using hypnotic regression he brought her back to her early childhood, Virginia proving to be a remarkably good subject and very susceptible to hypnotism. Bernstein was so impressed with his results up to that point that he suggested that they take it one step forward and do something he had always wanted to try, regressing her to back before her birth. And so would begin one of the strangest and most unexplainable reincarnation cases there is.

Things got weird pretty much as soon as Virginia was brought back past her own birth, when she began speaking in an odd Irish brogue. When the puzzled Bernstein asked who he was speaking with, Virginia responded with the eyebrow raising answer that her name was Bridget Murphy, but that she went by her nickname "Bridey," and that she had been born in 1798 in Cork, Ireland. This was enough for the spooked Bernstein at the time, and he woke Virginia from her trance. When he told her about what she had said she claimed to have no memory of saying such a thing, and not only that she said that she had never been to Ireland, had no interest in it, and she did not know how to fake an Irish accent. She didn’t even know where Cork was on a map. Virginia at first thought her friend was pulling her leg, but Bernstein was totally serious, and he recommended having her undergo further sessions in order to explore this mystery.

Over the course of several sessions the tale would get stranger and stranger, with “Bridey” providing an extremely detailed account of her life. She apparently was born on December 20, 1798, the daughter of a Duncan Murphy, a barrister, and his wife Kathleen, and she said she grew up as a Protestant in Cork, where they lived in a modest wooden house on the edge of a wood she called The Meadows, along with her older brother, Duncan. She also said she had had an infant brother who had tragically died very young when he was just a baby. She described her time at a school run by a Mrs. Strayne, the mundane details of her life in this small town, school life at the time, and various details about her family, all relayed in striking, colorful detail. At the age of 17 she married barrister Sean Brian McCarthy and the two of them moved to Belfast, where they lived happily until her tragic death in 1864, when she said she had fallen down some stairs.

This whole account was liberally sprinkled with numerous details about the town; names, dates, places, details on the way of life back in that era, and “Bridey” would even sing old Irish songs and tell Irish folk tales to the amazed Bernstein. She also knew a great deal of Irish expressions and old slang that only someone familiar with the brogue of that specific era could have possibly known, as well as customs specific to Ireland in that time period, the specific currency used, and various obscure terms used for common and household items. After each session Virginia would claim to have no memory of what she had said while she was under, and constantly reiterated that she had no idea where any of those places she had spoken of were, who those people she talked about had been, and that she certainly didn’t know any old Irish folk songs. Indeed, as Virginia Tighe she seemed to have very little knowledge of Ireland at all.

Making it all even weirder is that this Bridey would reveal that after her death she had watched her own funeral, even describing the tombstone in great detail. She had then supposedly been reborn 59 years later in the United States, apparently as Virginia Tighe. Through it all, Bernstein was extremely impressed with the sheer amount of rich detail in her accounts, much of which Bernstein was able to verify as accurate, and although the fact that records of births, deaths and marriages were not available before 1864 made it difficult to confirm her existence, he deemed it impossible for any of this to be known by someone who had never been to Ireland or who did not have a deep knowledge of 19th century Irish language, history, customs, and folklore, of which Virginia claimed to have none. He was so excited about the fact that he had found what he saw as a genuine, compelling case for reincarnation that he would publish it all in a book in 1956, titled The Search for Bridey Murphy.

The book became an immediate smash hit bestseller, and it, plus the recordings he had made of Virginia’s sessions, made a huge wave in pop culture, sparking intense interest in reincarnation and past lives. The ripple effect of this would see other books on the topic surge in sales, and there were countless books, TV shows, and films churned out about it at the time. It was a total craze, but at the same time there were those who were incredulously looking into the veracity of what Bernstein had written, and there were a fair number of skeptics.

Behind the scenes journalists and researchers began their own investigation into the facts behind Virginia’s claims, and while there was actually a surprising amount she had gotten right, there were also many details that didn’t seem to add up. For one, wooden houses like the one Bridey claimed to have lived in were not really used in Cork in the specified time period, with most houses of the era made of brick or stone, and she also had spoken of sleeping in an “iron bed,” which would not have been invented yet. Furthermore, many of the places and landmarks she talked about seem to have never existed under any name, and many of the people she mentioned also had no evidence available to confirm that they were ever real people either. This was all a serious blow to the story, but there were still numerous things that she was very accurate about, indeed impressively so, and so the mystery remained. Therefore, skeptical investigators instead turned to combing through Virginia’s own life to look for clues towards discrediting her claims.

Some of the things they turned up were quite intriguing. It would turn out that, rather than never having had any exposure to Irish culture, she had actually had an Irish aunt, and had also had an Irish immigrant neighbor named Bridie Murphy Corkell, who had lived across the street from Virginia’s childhood home, with her name also suspiciously similar to “Bridey Murphy.” There were also found to be several coincidental parallels between Bridey Murphy’s life and Virginia’s, and skeptics began to suspect that she may have been displaying what is called cryptomnesia, in which the subject’s subconscious picks up memories and outside cues to form a delusional fantasy, often unbeknownst even to them and only accessible in dreams or through hypnosis. In these cases, while it may seem that the subject is accurately describing a past life, most of the details can inevitably tracked back to something in their current, real life that they have encountered and retained, if even on a subconscious level, to mix together into a concoction that seems like something new. Psychologist Martin Gardner has said of all of this:

Almost any hypnotic subject capable of going into a deep trance will babble about a previous incarnation if the hypnotist asks him to. He will babble just as freely about his future incarnations. In every case of this sort where there has been adequate checking on the subject's past, it has been found that the subject was weaving together long forgotten bits of information acquired during his early years. 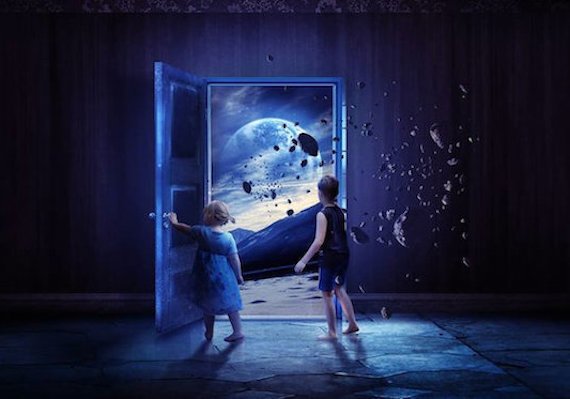 Less kind skeptics have accused the case of being a pure fabrication and hoax orchestrated by both Virginia and Bernstein in order to get fame and money. For his part, Bernstein adamantly fought off his critics, and was quick to point out that simply having an Irish aunt and a causal relationship with a neighbor when she was very young and who she did not even remember, did not translate into Virginia’s incredibly deep knowledge of 19th century Ireland. He also made the argument that, while the aunt was of Irish descent, she had not even been born in Ireland, but rather in New York city and raised in Chicago, meaning that her knowledge of Ireland would not necessarily be any better than the average citizen, let alone the intricacies of 19th century Irish life and the language. In fact, Bernstein’s own investigation into Virginia’s life could find no solid link to Ireland, or anything that would explain her intricate knowledge, and indeed he was able to debunk many of the debunker’s claims as misleading at best and totally exaggerated at worst, with many of the details skeptics threw out full of red herrings and assumptions. Nevertheless, the damage had already been done and the general public began to think of it all as a hoax.

For her part, Virginia Tighe would deny having ever had any interest in Ireland, much less 19th century Ireland, and claimed to have had never been exposed to it in any way, certainly not enough to provide all of the obscure details she had provided. She also actually did not pursue any fame or money from her predicament either, and apart from a few interviews she largely lived under the radar and away from the spotlight until her death in 1999. There are a lot of things she no doubt took to her grave with her. Was she really the reincarnated form of a 19th century Irishwoman? How could she know all of the things she did? Was this just a clever ruse, and if so did she trick Bernstein or was he in on it too? Even all of these decades later the case of Virginia Tighe and her alter ego Bridey Murphy remains unexplained, and is one of the great reincarnation cases, still discussed to this day.