The Mysterious Vanishing of Michael Dunahee

Some of the more bizarre mysterious vanishings are of those people who seem to have just disappeared in full view of many people, simply there one second and gone the next. Such cases often happen in crowded public places, with the victim seeming to just step off the face of the earth within seconds, and they rarely provide many answers in follow up investigations. Some of the weirdest cold case vanishings there are happened under such circumstances, and one of these involves a little boy who within seconds seems to have just spontaneously ceased to exist.

Sunday, March 24, 1991 started out as great day out for four-year-old Michael Dunahee and his mother, Crystal Dunahee, and father, Bruce. It was a clear, sunny day, and the family was out at Blanshard Park Elementary School in Victoria, British Columbia, Canada to watch Crystal play in a playful practice game of flag football. Shortly after arriving at the field at around 12:30 PM, little Michael asked his mother if he could go to the playground right nearby. Seeing as how there were many parents and families out playing on that fine day and the playground was just a few yards away, she said it was OK, on the condition that he wait for his father when he got there. Little did anyone know that as he walked off towards the playground this would be the last time she would see him.

Michael walked off and his mother bent down for just a moment to put on her cleats as she called to her husband to go watch their son. However, when she looked up just moments later the boy was nowhere to be seen. She literally looked down, tied her shoes, and looked up to find him nowhere. Bruce Dunahee was at the park in moments, but couldn’t see Michael anywhere. A look around showed happy families playing and children laughing, but no Michael, who should have stuck out considering he was wearing a bright blue hooded jacket with red lining and red cuffs, as well as multi-colored rugby pants and blue canvas shoes with bright red and orange trim. It had been less than a minute since the boy had ventured towards the park just right there, just feet away from his parents, in broad daylight in a public crowded park, so it didn’t make any sense. It was as if he had just vanished into thin air.

At this point it was still thought that he couldn’t be far, so Crystal and Bruce searched the whole park and its surroundings but saw no sign of Michael. They managed to recruit several dozen other people from the practice game to help look, but they had no luck at all, and asking around to other people in the park proved that no one even remembered seeing the boy at all. This was enough to cause the increasingly panicked parents to call the police. The entire area was thoroughly searched, but Michael could not be found and the search efforts would quickly escalate into one of the largest Canada had ever seen. Yet despite this massive search, wide circulation of fliers, and a reward that would reach $100,000, initially there were no leads at all. How is it that this boy could have so thoroughly disappeared within moments, mere feet from his parents in a public place and no one had even seen anything? There were no witnesses, no clues, nothing. It was as if Michael Dunahee had just evaporated.

There would eventually be hundreds of tips that would be called in as the case gained national and then worldwide attention, but none of these led anywhere at all. One promising tip was that someone had seen a man in his 50s loitering about by the park near a brown van on that day, but there is no way at all to know if this was connected to the disappearance, and the reported brown van could not be located. Also rather chilling was a call that Crystal and Bruce Dunahee received from a man demanding a $10,000 ransom for the return of their son, but whoever it was never followed up on it, and police believe it was just a sick prank. In June of that year there was another rather chilling lead, when a girl claimed a man had tried to abduct her and she had seen a boy tied up in the back of the van who she thought resembled Michael Dunahee, but this could not be confirmed. There were various other alleged sightings of the missing boy from all over British Columbia, but none of these panned out, and with no clear answer there are only theories.

The best thing authorities could come up with was that it must have been an abduction that was carried out by an opportunistic perpetrator, probably a complete stranger, but it is unclear how they could have done it in such a short span of time in such a public place without anyone seeing anything suspicious at all. Police interviewed every known sex offender and criminal who had been anywhere near that park, but came up empty, with no suspects whatsoever, and since no one had witnessed anything strange they didn’t even have a description of the kind of person they should be looking for. The case had hit a wall. 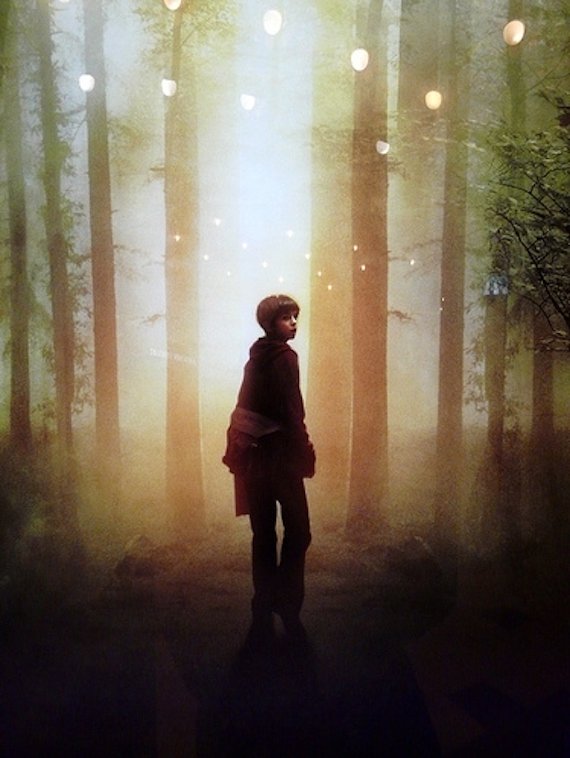 It would not be until 2006, over a decade later, that a truly promising lead would come in when it was reported that there was a young man who had been living in a small town in British Columbia who bore a striking resemblance to posters that had been released showing an age enhanced Michael Dunahee. In fact, the resemblance was so uncanny that even Michael’s distressed parents believed it to be him, yet when authorities tracked the man down and performed a DNA test it was found to not be Michael. There would be more cases of people looking like Michael popping up in the coming years, but in every instance DNA testing proved otherwise. Perhaps one of the spookiest new leads came in 2009, when a 62-year-old man in Milwaukee named Vernon Seitz confessed on his death bed that he had killed two children in 1958, and this spurred a search of his home. Police would chillingly find reams of child pornography and missing children posters, one of them eerily featuring the missing Michael Dunahee. Police could find no link between Seitz and Michael and no evidence that he had been in British Columbia in 1991, leaving it uncertain if he had anything to do with the case. If he did, then there is no proof, and he took any secrets he had to the grave with him.

The tragic and mysterious case of Michael Dunahee’s vanishing has gone on to become one of the darkest and most perplexing unsolved mysteries Canada has ever seen, and it even led to changes in the way such disappearances are handled, through the introduction of an Amber Alert system in the province. Although the case remains officially open there has been very little progress made on it and there have never been any suspects found. Indeed, what happened to Michael Dunahee remains largely just as baffling today as it ever was, and Deputy Chief John Ducker has lamented: “I've never seen an effort like that in my history in policing. That was a very frustrating part of it. We didn't get that one piece of information we needed to." We are left to merely wonder and speculate as to what happened to this little boy and how he managed to so fully vanish in such a short time in full view of so many, and hope it doesn't happen to any of us.