The Mystery of the Bell Island Boom

Lying just off the coast of Newfoundland, Canada, is a tiny speck of land sitting within the roiling grey seas of Conception Bay. Measuring just 6 miles long and 2.2 miles wide, Bell Island would have likely been another forgotten rock if it hadn’t been for the vast reserves of iron deposits found there in the 1890s, much of which extended outward undersea from the island, after which it would become one of the largest producers of the ore in North America, making it and its ore shipments a target for German U-boats during World War II. The iron ore mining operation prospered until the 1960s, when it was considered too dangerous and costly to carry out the submarine mining operations, and Bell Island mostly faded into obscurity. However, in 1978 the tiny forgotten island would be thrust back into the spotlight when a very curious incident occurred here that remains a much talked about mystery to this day.

On April 2, 1978, residents of the sparsely populated island were shaken by a sudden, ear splitting boom, reportedly heard up to 100 kilometers away, which sent out a shockwave that rattled buildings and by some accounts even knocked people off their feet. There would turn out to be all manner of strange phenomena reported during this event. One of the main phenomena reported was the marked effect on electrical systems. Electrical wiring apparently was totally fried, televisions erupted into showers of sparks, power lines melted, and fuse boxes exploded for no discernible reason. There were also animals and livestock that were found to have dropped dead where they stood, apparently electrocuted, and extensive damage was reported on some structures, with one woman even reporting that her barn had been completely torn in half, and many homes and out buildings had suffered extensive damage to their roofs. Some locals also found what appeared to be a series of three 2-foot deep holes in the ground at the Bicksford family farm that looked like some sort of impact craters. And then there was the really weird stuff.

In the aftermath of this thunderous boom there came in reports of people from around the island and as far away as Newfoundland who had witnessed some pretty strange things in the sky during the anomalous event. Some people claimed they had seen a very bright shaft of light shooting down from the sky, while others reported floating orbs of fire in the sky or hovering lights, and others still said they had seen bright multicolored flashes. On top of all of this the blast was found to have created enough energy to set off nuclear test watch satellites in orbit, called the Vela satellites. With all of this weirdness going on of course there was immediate speculation on what could be going on, ranging from the rational to the more conspiratorial.

One curious detail in the days after the event was the immediate presence of two weapons researchers from the Los Alamos National Laboratory in New Mexico, by the names of John Warren and Robert Freyman. The fact that these two were investigating fueled rumors that some sort of secret weapons test had been carried out at the island, likely some sort of advanced electromagnetic pulse weapon considering the large amount of damage to electrical systems. Indeed, there would be a whole documentary released in 2004 exploring this angle, titled The Invisible Machine. Other ideas were that it was caused by a sonic boom from an aircraft or that it was all caused by ball lightning or a section of rock breaking away from the northern part of the island. Of course even UFOs have been mentioned. 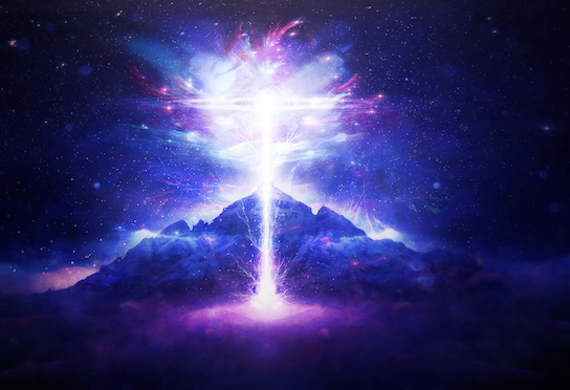 The main and most likely theory, however, is that this was the doing of what is called a lightning “superbolt.” These are more or less what the name suggests, freakishly large and powerful bolts of lightning that additionally last longer than usual bolts and cause more damage as well. Not only were most of the phenomena reported consistent with a superbolt of lightning, but it would turn out that the two scientists from the Los Alamos National Laboratory, Warren and Freyman, made no secret that they were actually there to study a superbolt they believed to have picked up in the area on the Vela satellites. They came to the conclusion that it was likely one of these very rare superbolts, and were actually surprised that it had not caused even more damage considering its severity. Considering that what had become known as the “Bell Island Boom” matched what one would expect from a superbolt and there is no evidence of any sort of secret weapons test, this has become the most likely official scenario. However, this has not been satisfactory for everyone, and talk of shady government cover-ups has hung over the incident right up to the present.

So what really went on here at this remote island on that fateful day? Was this some sort of weapons test that was covered up, a mass hysteria, ball lightning, a superbolt, or something even weirder? At present is is mostly thought to be the doing of lightning, but there seem to be plenty who do not agree with this, and so the case of the Bell Island Boom has managed to gain quite a bit of traction as a strange unsolved mystery. It certainly seems as if something mysterious happened on that day, but as to what, that still largely seems to depend on who you ask. Whatever it was, it is certainly strange, and still much discussed.

Haunted House For Sale — Only $3 Million