The Mystery of the Cape Girardeau UFO Crash

Among the cases of supposed UFO crashes, the infamous one at Roswell, New Mexico, seems to always take the spotlight. After all, this is the event that even people who know nothing of the UFO phenomenon at large know about, so iconic is it in scope. Yet, what many people might not realize is that Roswell is by far not the only supposed UFO crash in history, and not even the earliest. One very intriguing report comes from many years before the Roswell incident, and while not as famous, it is every bit as strange.

The story goes that in the spring of 1941, a Reverend William Huffman, of the Red Star Baptist Church in Cape Girardeau, Missouri, was asked by the local Sheriff to come and help give last rites to the victims of a plane crash on the outskirts of town. Huffman then dutifully made his way out to the supposed crash site to find the place crawling with police, FBI agents, fire fighters, and military medical personnel who were all buzzing around a twisted mass of metal wreckage. At this point it seemed as if this was exactly as he had been told, a plane crash, but things would soon take a turn for the bizarre. 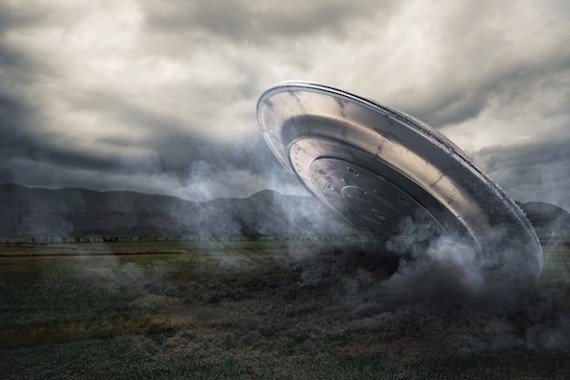 The reverend soon noticed that some of the pieces of the crashed craft were not as one would expect, and that rather than jagged as one would suspect, they seemed to have “a rounded shape with no edges or seams, and a very shiny, metallic finish.” This was decidedly odd, and did not seem to be a typical airplane, yet as he examined the wreckage further it got even weirder still. Charlette Mann, the reverend’s granddaughter and the one who first brought the case to attention after being told the story by her grandmother on her deathbed, would tell UFO researcher Leonard Stringfield of what he had seen in that wreckage thusly:

Upon arrival it was a very different situation. It was not a conventional aircraft, as we know it. He described it as a saucer that was metallic in color, no seams, did not look like anything he had seen. It had been broken open in one portion, and so he could walk up and see that. In looking in he saw a small metal chair, gauges and dials and things he had never seen. However, what impressed him most was around the inside there were inscriptions and writings, which he said he did not recognize, but were similar to Egyptian hieroglyphics.

Taking this further into the realm of the outlandish was when Huffman was allegedly asked to come look at and pray over three dead bodies, but these did not appear to be human. The beings were described as being of almost childlike stature, with hairless large heads, big oval-shaped eyes, incredibly long arms and fingers, tiny mouths and ears, no discernible noses, and dressed from head to toe in what seemed to be a shiny material like “wrinkled aluminum foil.” Mann says of the state of the bodies:

There were 3 entities, or non-human people, lying on the ground. Two were just outside the saucer, and a third one was further out. His understanding was that perhaps that third one was not dead on impact. There had been mention of a ball of fire, yet there was fire around the crash site, but none of the entities had been burned and so father did pray over them, giving them last rites. 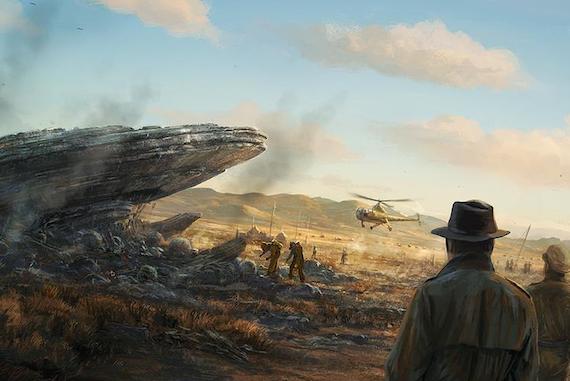 Huffman purportedly did administer last rites to these strange creatures, after which he was approached by some military personnel and told in no uncertain terms to keep it all total secret. He doesn't seem to have done a very good job of this, because he apparently went home and immediately told his family what he had seen. However, they would not say a word about it to anyone, and Huffman’s wife would keep it all to herself until she came down with cancer and on her death bed in 1984 confided in Mann of what he had told them on that strange day, and she had apparently even seen a picture of one of the alien bodies, which was in the possession of her father. She has said of this picture:

Well, the first awareness that I had of it (the dead bodies) is actually a picture that my father had and it was at a dinner party. And, I had heard rumors, and bits and pieces over conversations, but it was a picture, an old picture, because it had ... it was like the old Kodaks, with little lines and scallops around it. There were two men holding up a non-human, is the best way I can describe it. A little entity, a little person who appeared to be about 4 feet tall. They had him underneath the armpits with arms outstretched on either side of him.

When Stringfield heard the story of the crash he immediately launched an investigation into the case. Stringfield found that other living witnesses such as Mann’s sister and the living brother of the Cape Girardeau County sheriff in 1941 were both able to corroborate the story. He also was able to uncover fire department records of a plane crash in the area at the specified time, and he even managed to track down a photograph of the alleged alien, which was kept by Guy Huffman, the reverend’s son and Charlette’s father. Stringfield would publish his findings in an article for the UFO publication Status Report, and he would later include the account in his book UFO Crash / Retrievals: The Inner Sanctum. 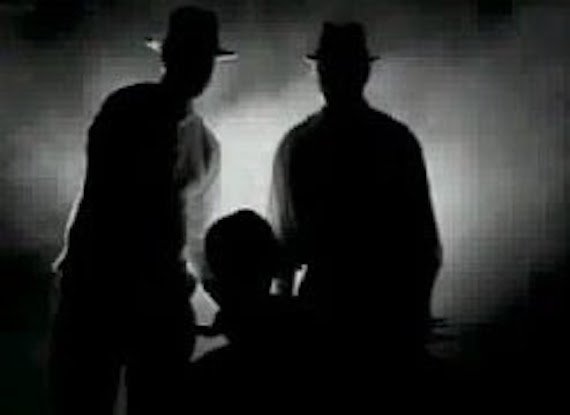 It is hard to know what to make of this case. The account comes from a woman who got it from her grandmother, who got it from her grandfather, so already we have this as a third hand account at best. Stringfield found that others corroborated the account, but that still leaves the chance that Huffman himself was spinning tall tales. There is evidence that a crash did happen at the time, but it is clearly and unambiguously described as an airplane crash, with no mention of dead alien bodies. The photograph that Mann and Stringfield claimed to have seen remains elusive, and no one has been able to track it down, leaving it in limbo. There just doesn't seem to be much solid evidence that this ever happened, and yet what if it did? Was this another Rosewell UFO crash that in this case managed to slip between the cracks and be successfully brushed under the carpet by the government? What did Huffman encounter out there, if anything? These are questions destined to remain unanswered, and this story of a lesser known UFO crash will probably remain even more shrouded in shadows than its more famous cousin.