There are some people in history who just seem to attract mysterious tales. Our story here revolves around a Russian scientist by the name of Genrikh Mavrikiyevich Ludvig, who was supposedly also an architect, philosopher, and a scholar of ancient languages. He was also apparently very at odds with the Stalin regime, which landed him in trouble on more than one occasion, and he was also known for his extensive knowledge of the occult and for his considerable esoteric knowledge. He had a vast knowledge of ancient Sumerian and Etruscan civilizations, and also of medicinal herbs. During World War II he was purportedly designer of military technology and also an invaluable pioneer of architectural plans for military bases in marshy environments. Yet, a very curious chapter of this mysterious man’s life was the time when he was allegedly allowed access to the secret Vatican archives and purportedly found all manner of evidence of ancient aliens within.

It is perhaps first important to understand just what the Vatican secret archives actually are. Comprised of approximately 53 miles of labyrinthine aisles of shelving harboring rows upon countless rows of texts, books, and scrolls ranging from the more modern to fragile, time-worn manuscripts reaching back 12 centuries into the shadows of time, the Vatican Archives, officially known as the Archivum Secretum Apostolicum Vaticanum, was originally constructed in 1612 by Pope Paul V and is a truly a huge treasure trove of information collected by the Church over hundreds of years. This vast repository of knowledge holds state papers, Holy See paperwork, papal correspondence and personal letters, and countless historical records, documents and texts accumulated by the Vatican from every corner of the known world that date back to the 8th century, all housed within a massive, carefully climate-controlled structure adjacent to the Vatican Library that is designed more like a fortress than a library, replete with impenetrable underground bunkers and with only one known heavily guarded entrance. 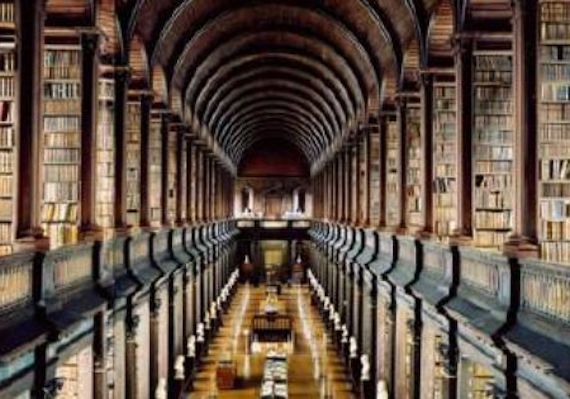 The list of known contents of the archives is far too long to completely cover here, but includes a wealth of historical documents including handwritten letters to the Pope from such important figures such as Mary Queen of Scotts asking for a pardon before her execution, King Henry VIII, Michelangelo asking to be paid for his work on the Sistine Chapel, Abraham Lincoln, Jefferson Davis, Grand Empress Dowager Helena Wang of China in the 17th century, one written on birch bark by the Canadian Ojibwe tribe in 1887, and many, many others. Here there are official edicts by Popes through the centuries, including excommunications such as that of German religious heretic and founder of Lutheranism Martin Luther, official papal decrees such as the one made in 1493 by Pope Alexander VI that split the entire known world among Spain and Portugal, as well as personal communications from popes throughout history. Here one can also find such gems as a nearly 200-foot long scroll containing details of the trials of the Knights Templar for heresy and blasphemy dating to 1307, as well as a handwritten transcript detailing the trial of astronomer Galileo Galilei in the 17th century, as well as the doctrine of the Immaculate Conception, which states that Mary was conceived without sin, scrawled out on a piece of parchment dating to 1854.

The Vatican Archives are often referred to as the Vatican Secret Archives, mostly due to a mistranslation of the Latin word secretum, which is actually closer in meaning to “personal” or “private” rather than “secret” or “confidential” as many think, but it could also have to do with the archive’s history of strict inaccessibility and reclusiveness from the outside world. They had been for centuries practically completely forbidden and closed off from nearly everyone, even Church officials, with not even Cardinals allowed access to their treasure trove of information, and it was not until 1881 that Pope Leo XIII allowed limited access to outsiders, yet this does little to dispel the secrecy surrounding the archives and it is still no small feat to enter this inner sanctum of all of the Vatican’s knowledge. 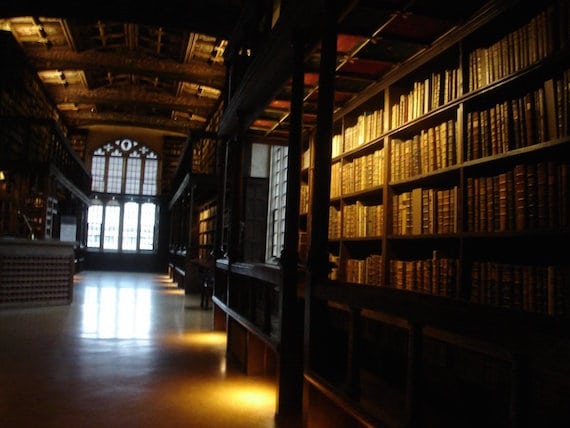 To gain access to these isolated archives and islands of knowledge one must be a qualified, recognized scholar or researcher who has been thoroughly vetted by the Holy See, a process which can take years. Amateur historians, journalists, students, or armchair researchers need not apply and are strictly forbidden. If one is lucky enough to be granted access they enter through the sole entrance, the well-guarded Porta Sant’Anna, after which they are required to state exactly what it is they are looking for among the voluminous collection. Once entering the rows of dusty old texts there is no browsing allowed, and you can only retrieve three documents listed in one of the thick, intimidatingly massive catalogs that are meticulously handwritten in Latin or Italian. If you cannot decide what you want to look at within a set amount of time under strict supervision you are ushered out of the archives and must wait until the following day to try again. Even if you do know what you want to look at there are still oppressive limitations on what is available for perusal. All materials in the archives are only released for public viewing after a full 75 years have passed, meaning newer documents are restricted, and even then there are large swaths of archived content that are totally off limits and probably forever will be.

In other words, this isn’t a library open to just anyone, yet in the 1920s, Ludvig was somehow granted access for reasons still left unclear. While there he supposedly was free to peruse the vast stores of manuscripts on offer, and came across some very bizarre things indeed. He would claim to have come across numerous texts on alchemy and ancient codes, and even stranger still manuscripts on UFOs and ancient aliens. According to Ludvig, there were texts outlining in detail how aliens had visited Earth many millennia ago and had managed to influence ancient civilizations such as the Egyptians, the Mayans, and the Mesopotamians. Some of the information he claimed to have gotten was about how the Egyptian pyramids were ancient energy machines, and he even said he had found historical records on nuclear weapons being used in ancient times, which had resulted in the melting of the fortress walls of Babylon, as well as plans for alien spacecraft.

None of this was allowed out of the Vatican archives, but Ludvig would apparently somehow get his hands on photographs of some of these documents, and the rest he would commit to memory and later write out as much as he could remember. He would show these to his own students, and apparently this was enough to get him accused of being a Vatican spy and imprisoned in a gulag concentration camp in 1938. He would eventually be released and continue his work throughout World War II, keeping most of what he had seen in the Vatican to himself during these years, before taking most of it with him to his grave in 1973. 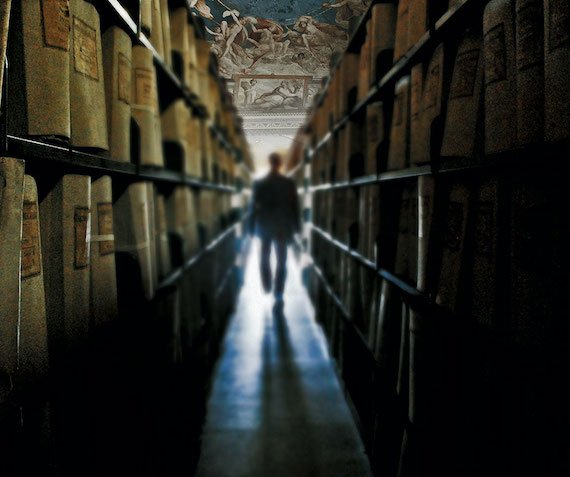 The story of Genrikh Mavrikiyevich Ludvig might have very well been forgotten and confined to the mists of time forever if it had not been discussed by Soviet mathematician Matest M. Agrest in the 1950s, and then later mentioned in the Russian publication Sovershenno Sekretno, in an article by writer and journalist Vladimir Kucharyants. It has since been picked up and much discussed among UFOlogists and ancient astronaut theorists, but one is left to wonder just how real any of this is. It is certain that he indeed was a real person, and was indeed an architect and occultist, but that is about all we know for sure. There is little corroborating evidence and very few sources available on his life, so who was Ludvig really, and did he really gain access to the secret Vatican archives and find all of this amazing information? If so, how did he manage to get photographs out of this veritable fortress of secrecy? One does not just waltz in to this place and take photographs of these secretive tomes. How much of this is true and how much is possibly urban legend? There has certainly been some skepticism of the claims, and skeptic Jason Colavito has said of it all:

Ludvig doesn’t seem to actually have been an ancient astronaut theorist in the 1920s and 1930s. Instead, the article talks about his belief in lost civilizations (the Sumerians, he said, were like a book whose first pages had been pulled out) and that ancient monuments had esoteric spiritual energy. The Pyramids, he said, could be activated with meditation. He spoke of astral projection and ascending to meet God in the spheres beyond earth. In other words, he sounds more like a Theosophist rather than a nuts-and-bolts ancient astronaut theorist, much like his contemporary, the émigré occultist Nicholas Roerich.

The only evidence that he believed in spacemen or that there was a nuclear bombing of Babylon comes from one of his former students, who recalled Ludvig talking of such issues much, much later—in the 1960s, the height of the Soviet ancient astronaut craze, when Matest M. Agrest, Alexander Kasantsev, and I. S. Shklovskii had popularized the idea. So, if I take the evidence at face value, it sounds like Ludvig had typical Theosophical-style esoteric ideas about ancient history in the 1930s and later converted to ancient astronaut beliefs in the 1960s, like many of his generation who saw parallels between the esoteric and ancient astronauts. As for the Vatican material, that is probably a combination of exaggeration, secondhand memory, and wishful thinking based on “interpretations” that the Russian scholar imposed on the source materials—source materials that are conveniently not cited by the only person to claim they existed, a student of his 50 years ago.

He does make a good point, and considering there are precious few sources for this story and it mostly revolves around the recollections of that one guy, it is left open to speculation as to whether Ludvig ever did make it into the catacombs of the Vatican archives and if so what he really found there. It is all rather mysterious, and although both the man and the archives are wreathed in myth and legend it is hard to know on this one where reality and fantasy lie and at what point they merge. It is all a rather interesting tale nevertheless, and with a lack of any further information will probably remain lost to history.

Ancient Observations: On the Trail of the Medieval Orang Pendek