The Strange Tale of the Dog Boy Haunting

Located within Cleburne County, Arkansas, in the United States, is the small town of Quitman. The town is steeped in history, serving as a popular enlistment center during the American Civil War and going on to become a major trading center, but while this is very interesting, the town has become perhaps well known for a spooky Victorian style house that lies in the downtown area. It is mostly an unassuming old fashioned building sitting among many others like it, but this house has become ground zero for all manner of ghosts and hauntings, with the oddest of these being that of malicious entity that has come to be known as the Dog Boy.

The house itself was built in 1890 by the influential local Garrett family, and was later owned by a Benjamin Jackson and his family, before eventually passing on to the Bettis family in the 1950s. It is with the Bettis family that a local legend would be born, revolving around their troubled son, Gerald Floyd Bettis, who was born in 1954 after years of the couple trying to have a baby. Yet, there was something off about their new son, which would become very clear as he grew up. As he grew into his toddler years it could be seen that the boy had a remarkably vicious streak of cruelty in him, capturing stray dogs and cats, as well as other animals, which he would then torture in a variety of sickening and creative ways. His collection of dogs was apparently exceptionally large, earning him the nickname "Dog Boy." Neighbors would apparently often hear the howls and shrieks of these animals, and most of these animals would not survive the ordeal, often found mangled and mutilated, a sign of this twisted boy's demented mind and unbridled cruelty. 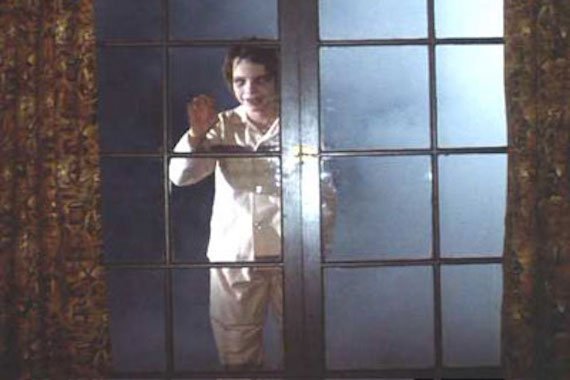 Things only got worse as the boy got older, and making it worse still was that he was very large for his age. He apparently took to regularly beating his elderly father, one time allegedly pushing him out of a window, as well as keeping both of his parents locked away upstairs, feeding and watering them as if they were pets. During all of this there were some suspicious accidents that Gerald’s parents seemed to have had, such as a time when his mother, Alline Bettis, fell and broke her hip in the 1980s, and when his father died in 1981 it was widely rumored that he had broken his neck after being shoved down the stairs by his own son. He also continued to collect a sizable collection of stray animals for his twisted purposes, with one local saying, “I had almost forgotten about all those cats and dogs he had, but he even added onto the house so he could keep more of them.” Neighbors were too scared to say anything about what they saw and heard at that house, because Gerald was such a hulking brute of a man and so feral and apparently terrifying in appearance. One neighbor who remembers those days is longtime Quitman resident Nelda Kennedy, who says:

I was afraid of Gerald. If you had ever seen his eyes, they seemed to glow at night. One time he came over here and got onto us because we had trimmed a magnolia tree that overlapped into his back yard. And when they started cleaning that house up, one of his uncles came to my house to borrow a gun, because he was afraid that Gerald would get riled up.

This all continued for years until Gerald was arrested in the late 1980s for growing marijuana in a sunroom at the back of the home, and this is when his mother would come forward with the abuse she had suffered at the hands of her son. He would end up languishing in prison until his death in May of 1988, allegedly of a drug overdose. However, this does not seem to have been the end of Gerald’s sinister story. After his mother’s death in 1995 the house was sold at an estate sale, coming into the ownership of a Reba Carter, who soon sold it to a man named Tony Weaver, and it is from there that the home’s intense hauntings would become known. It apparently started with the lights being found left on in the house, even though the residents were sure they had turned them off. It was thought that this must be the work of an intruder, but other phenomena soon followed, such as anomalous noises and moving objects. Paranormal investigator Karen Shillings, of The Central Arkansas Society for Paranormal Research, was one of the first people the Weavers contacted, and she says of these first signs of a haunting:

She said she would turn off all the lights before leaving to work a night shift, but when she returned, the lights would be back on. One time, pennies floated down the stairwell from the upstairs part of the house. The coins stopped and fell to the floor all at once, right in front of her. 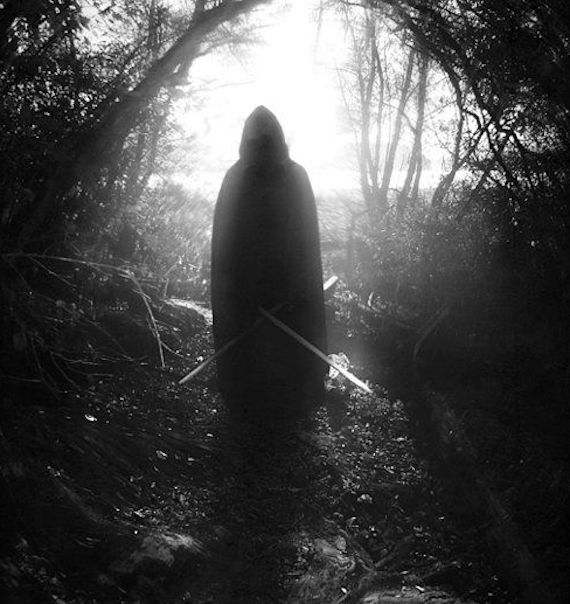 Even spookier still were fleeting glimpses of a very large shadowy figure skulking about the premises, and after 6 months of this the Weavers were seriously considering moving out. A Quinton White, and his wife, Stephanie, stayed with the Weavers for a time and also experienced moving objects, toilets flushing on their own, and the apparition of a man in a World War II uniform, and another figure like a very large man in a brown suit, as well as an incident in which they heard a crash upstairs, only to go and find that a stack of wooden boards had all been stood up straight. After six months of this, the Weavers decided to try and sell the house, but this would be easier said than done.

Paranormal phenomena started happening at a high rate as the family showed the house to potential buyers. On one occasion a buyer got spooked when she felt an unbearable sense of anger and resentment hit her like a truck, to the point she almost fell down and ran from the home in quite a state. In another instance, a reclining chair suddenly fell back on its own, as if someone were sitting there, and others have seen objects move or be thrown to the floor, or have felt strange cold spots that seem to come from nowhere, even the poking of unseen fingers. Weaver has lamented on this state of affairs, saying, “If you bring somebody in there that they (the spirits) don't like, you'll feel chills, and your hair will stand on end.” Not only potential buyers, but also those in charge of fixing the place up have experienced strange phenomena here, such as home remodeler Ed Munnerlyn, who has said of his time working on the house:

I'm a rational person. I don't believe in the paranormal, but since I've been working on that place, I feel very uncomfortable - like someone's watching me. When I pull up into the driveway of the house at night, I see a man looking down at me. He is dressed in a brown jacket and a bow tie like from another time period. He was this huge, weird-looking cat, with long, brown hair, creepy eyes, and great big arms and hands. One time he walked right in front of me and glared at me. Right after I saw him, he walked through the hall and disappeared. Sometimes I hear something slam or someone walking across the floor but I can't see anything. They let me know that they're there.

Paranormal investigators who have looked at the house have also had weird experiences there, and spirit mediums supposedly detect a vengeful entity that tells them to get out, presumably the ghost of Gerald Bettis. It certainly seems that while he was a frightening person in life, he also is in death, and to this day the spiteful spirit is said to linger at the residence. The story of the "Dog Boy" haunting has become almost legendary in the area, but it is all based upon the real history of this very troubled individual. Is it possibly that his disturbed spirit remains attached to his former home? Could it be that he has been, for whatever reasons, tethered to this place? No matter how one looks at it, it is certainly a creepy story, and the Dog Boy haunting remains a more obscure, but chilling addition to the long list of haunted places.

Coronavirus in Space? China May Launch It and NASA is Ready