Basements can turn up some of the strangest things. They are almost like black holes for various miscellaneous stuff, and everyone who has ever gone through and cleaned one out has no doubt turned up some piece of long lost memorabilia or forgotten piece of personal history. Yet on occasion basements can cough up even more bizarre findings that have remained sequestered there in those dank confines for years or even decades. One remarkable such case is the time that a whole bunch of old, mysterious NASA tapes were found squirreled away in a basement, only to later be unceremoniously destroyed to leave conspiracy theories swirling.

In December of 2015, NASA got a call from an anonymous scrap dealer in Pittsburgh, Pennsylvania, who said that he might have something of interest for them. In the basement of a home he had visited to appraise scrap he found there in those dank confines two gigantic 1960s Apollo era computer mainframes and hundreds upon hundreds of NASA tape reels, some of them marked and some of them not. The very heavy and bulky computers were labelled as having belonged to the Goddard Space Flight Center and the Jet Propulsion Laboratory, and the scrap dealer was unsure what to make of all of this. NASA found all of this very curious indeed, and immediately began checking out this odd claim.

It was found that the basement belonged to a deceased NASA contractor, whose name was redacted in the official report, but who had basically been given the expensive computers and reams of tapes by the IBM Allegheny Center in Pittsburgh sometime between 1968-1972, and then had sort of just buried them away to collect dust down in his basement. They were then apparently forgotten until he died sometime in 2011 and the scrap collector got his hands on them in 2015. In addition to the vintage computers were found a total of 325 old-fashioned reel style data tapes, and among the labelled ones were 1 reel from the Pioneer 8 space mission, 2 reels from Pioneer 9, 40 reels from Pioneer 10, 53 reels from Pioneer 11, 10 from the Helios 1 mission, 2 marked as “HESA,” and 2 labelled “Intelsat IV.” It was all so old and from such well-known missions that no one could figure out how any of it could have just disappeared to end up in some random basement, and one NASA employee working on the case would marvel, “It really feels like archeology to me.” The NASA inspector on the scene would write in his report:

I conducted an initial assessment of the material on December 10, 2015. This assessment confirmed the approximate number of 325 magnetic data tape reels that each measured 14" in diameter with a magnetic tape dimension of ½” and contained by a metal reel. The assessment also showed that the magnetic tapes were in poor condition and almost all were affected by moderate to severe mould, which is identified as a health risk. Most of the tapes were not labelled and of the tapes that were labelled, the content appeared to be space science related with missions including Pioneer and Helios and the inclusive dates range was 1961-1974.

Within the found items were apparently some odd curiosities, such as the fact that one of the tapes for Pioneer 11 was dated 1972, despite the fact that the mission actually launched in 1973, and on top of this the contract duration for one of these 1960s computers was listed as lasting from 2003 to 2004. Why? Who knows? Even weirder is that NASA had no record of the contract to begin with, and furthermore, the serial numbers for the two massive computers were found to not match anything in NASA’s files and as far as they could tell these numbers didn’t officially exist. This all seems as if it surely must have been of some historical importance, that is must have been something NASA would be glad to get their hands on after more than four decades of languishing literally underground. So what did NASA do? Well, they ordered the inspector working on the case to have the data tapes destroyed. All of them. Wait, what? 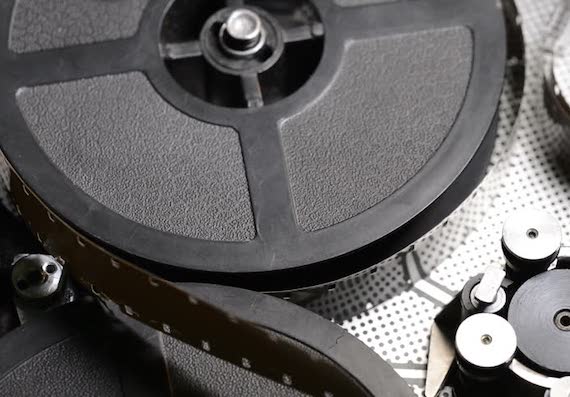 The official reasoning was that the tapes were too moldy and damaged to be of any value, yet at the same time NASA made sure that the public version of this case, released after a request under the Freedom of Information Act made by Motherboard, had every single name, date, and address redacted. Why would they do this if is was just a bunch of insignificant tapes with no meaning? Why, indeed, and this is where the conspiracies come into play. There are numerous anomalies, such as the lack of serial numbers on file, the oddly labelled tapes, the strange contract dates, and the fact that they had ended up in that basement to begin with, especially considering that the two mainframes were so bulky and heavy it would have required a crane to move them into place. Also, why would NASA just let this contractor help himself to all of this stuff, especially considering that in that era they frequently reused tapes rather than throwing them out, plus the fact that the computers themselves were very expensive pieces of hardware? The reasons for any of this are unknown, but there have certainly been ideas.

Of course one idea is that NASA never did destroy those tapes, and they did hold something important on them. Along these same lines is the idea that they held something important and they were destroyed so that no one would ever see it. Either way we are left with the overarching question of just what was on them in the first place. NASA itself has thrown out the proposal that they were likely empty, but it that was the case then why were so many of them labelled for historic mission? Ideas for what might be on those tapes range from secret classified information on those space missions to evidence of UFOs, but there is absolutely no way to know. The computers themselves were never moved or reclaimed by NASA, just the tapes, but without those the old mainframes are more or less big pieces of junk. So how did these computers and tapes end up in that basement and what did they contain? What did NASA really do with them after finding them again after all of those years? We will probably never know for sure, and it is a curious case of things turning up in the oddest of places.