The Time the Russians Found a Derelict Alien Spaceship in Orbit

Many people may not realize it, but far above our heads, out in space in orbit around our planet away from where the eye can see is a giant junkyard. There, clogging our orbit is all manner of debris, including nonfunctional spacecraft, abandoned launch vehicle stages, mission-related debris, spent rocket stages, derelict satellites, and a hodgepodge of millions and millions of pieces of miscellaneous junk we have discarded into space. It spreads out in a vast sea of garbage which, although luckily invisible to us on the ground, creates a hazard for spacecraft and satellites. Yet, according to some wild stories, there is more than just garbage up there spinning about our planet past where the eye can see, and one of the strangest of these is a supposed broken alien spaceship complete with entombed alien bodies orbiting the earth.

In 1979, the Soviet astrophysicist Sergei Boshich came forward with the spectacular claim that he had found evidence of what he called a crippled alien spacecraft that had broken up into pieces and was hovering in orbit. By his estimates, he had thus far managed to track 10 pieces of wreckage from the spacecraft, several of which he estimated as being around 100 feet in length. Boshich said he had calculated the trajectories of the debris and come to the conclusion that they had scattered from some sort of space explosion on December 18, 1955, and even more bizarre was that it was his assertion that this mysterious derelict craft was likely now a tomb containing the bodies of the ship’s occupants. It sounds like the rantings of a conspiracy nutcase, but there were allegedly others who backed up these findings, including one Soviet astrophysicist and science fiction writer Aleksandr Kazantsev, who would say “Its size would suggest several floors, possibly five. We believe that alien bodies will still be on board.” 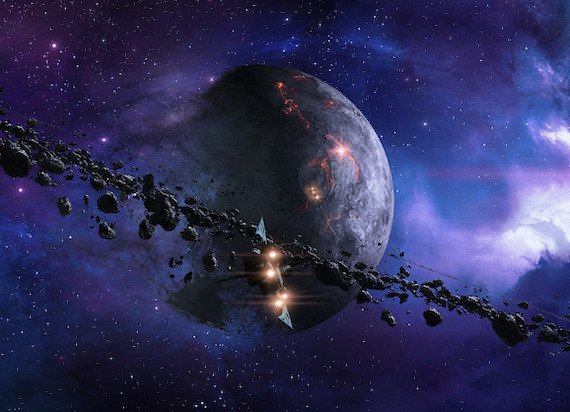 The scientists were quick to rule out the possibility that it could be space junk originating from Earth, as the purported explosion predated the first human object in space, which would have been the Sputnik 1 launched in 1957. They also denied that it could be a meteor, as it was maintaining a steady orbit rather than the falling of a meteor. According to Boshich and his team of scientists, all evidence pointed to an alien craft that had blown up in space, and one Moscow physicist, Dr Vladimir Azhazha, would say:

Meteors do not have orbits. They plummet aimlessly, hurtling erratically through space. And they do not explode spontaneously. All the evidence we have gathered over the past decade points to one thing — a crippled alien craft. It must hold secrets we have not even dreamed of. A rescue mission should be launched. The vessel, or what is left of it, should be reassembled here on Earth. The benefits to mankind could be stupendous.

Apparently the discovery generated interest from the Americans as well, and according to the story there was some degree of cooperation among them to come up with a plan to salvage the crippled spacecraft and possibly even board it. One problem was that the Soviets were being very secretive with the information they had, which generated skepticism from British scientists. One British scientist would say:

There are more than 4,000 pieces of wreckage orbiting the Earth. Each has a catalogue number to identify it. We would like to know the catalogue number of this wreck. It is possible to date wreckage after a considerable number of observations. Like the Americans, we would be interested to look at this if the Russians make the information available. 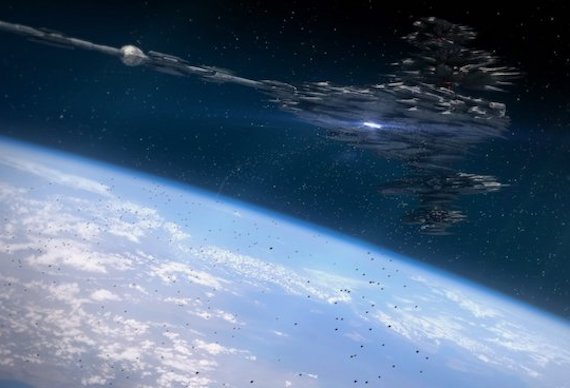 Quite interesting is what was pointed out in a 1969 article in the magazine Icarus, in which astronomer John Bagby claimed to have found 10 moonlets in orbit around the earth, which he had calculated had spread from a single source on the date December 18, 1955, the same day as was claimed by Boshich 10 years later. The story of what had gone on to be called “The Boshich Wreckage” was printed in various news sources at the time, and generated a fair amount of speculation and conspiracies. One was that, although there was no official confirmation that an actual salvage mission had actually been launched, the Americans and Soviets had secretly gone and done it. Another theory was that this was all a smokescreen put out by the Soviets to cause misinformation in the Cold War of the period, a total fabrication quite possibly based on the article in Icarus.

Of course there is also the possibility that the whole story is a big sham to begin with. Although the discovery was printed in a wide variety of publications, it all originated with an article in the British tabloid newspaper Reveille, which is in many ways sort of like The National Enquirer and not known for being a particularly trustworthy news source. It furthermore seems that there is no real confirmation that any of this ever happened at all, and so rather than some conspiracy maybe it was all just made up by some bored newspaper writer. What is going on with this all? Was it ever really real in any sense, and if so, how? Was this some conspiracy launched by the Russians to mess with the United States, a real crashed UFO floating around in space, a cover-up, or just an entertaining yarn? Whatever it may be, it is certainly a curious little account, and one wonders just what became of this all in the end.

A special thanks to Steve Baxter for the cover artwork on this article.