The U.K.’s Ghostly Women in Black: Strange and Sinister Sightings

In March 1905 a strange story surfaced in the pages of the Cambrian, which was the very first Welsh newspaper and which opened for business in 1804.  The March 3, 1905 edition included a small article titled “Lampeter Ghost: ‘Lady in Black.’” Lampeter being a town in southwest Wales, the origins of which date back to the 12th century. The article reads as follows: “The Lampeter ghost has now assumed, or rather is credited, with a dual personality. It is stated that the restless spirits are those of a man and wife. Latest testimony from Lampeter is to the effect that as late as Wednesday morning ghostly footsteps were heard ascending and descending the stairs. The boy Jack has declared that he saw a lady in black enter his bedroom and leave it, noiselessly closing it. The servant Jane has heard mysterious ‘calls’ from one of the troubled ‘spooks’ in the corridor, the sound partaking of a curious humming noise, as though the spirit had some message to communicate, but was unable to. Mrs. Howell, be it stated, is a woman whom no one for a moment suspects as being of the stamp to regale her friends with fictitious narrations, and there is an old woman now in the neighborhood who declares that years ago when in service with another family in the same house she heard similar manifestations, so that the whole affair is a thoroughly weird and uncanny one. As if in celebration of St. David’s Day, the ghosts kept banging kitchen chairs about until the inhabitants left the room in terror.”

“Good folk at Birkenhead are puzzled about weird and ghostly phenomena that have occurred on the Woodchurch Road.” That was the opening line in an article that appeared in the Evening Express on April 29, 1905. One witness told the newspaper: “I have frequently met at night, at different hours, what appeared to be an elderly lady, right in front of my bicycle, and on two occasions lately was compelled to apply the brakes suddenly to avert a collision. Invariably in each case has been only momentarily, the old lady vanishing into the darkness. She seemed to have a slight stoop, and was dressed in black, with a grey shawl and grey bonnet.” The Evening Express noted:  “A few years ago, in the neighborhood where the apparition is now seen, an old lady left her house to go for what was her customary walk, but from that time to this she has never been heard of.” And reports continued across the U.K. throughout the years that followed. 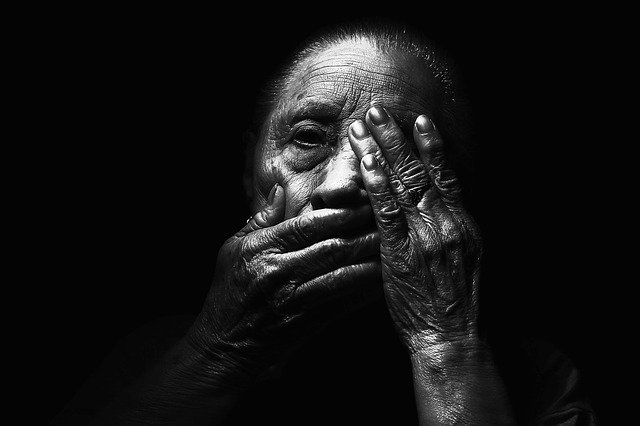 Moving onto October 4, 1906, the Evening Express revealed that there was a “black and white ghost” of terrifying proportions on the loose in “Lonesome, the deserted village near Mitcham Common.” The tale continued like this: the ghost in black “…terrorizes the inhabitants of the neighboring districts. A row of villas was partly built, near the woods at Mitcham, twenty years ago, and then the work was suddenly abandoned. The place is known as the deserted village. It is in the buildings and on a tortuous path between the villas and the woods that people assert the ghost appears.”

One of those people, the Express said, was a man who worked at “Polloks Hill brickfield.” He was willing to share the details of his unnerving encounter, which went as follows: “As I was crossing by the woods, I heard a piercing shriek, and then saw in the distance a black figure with one white arm and a white leg. I followed it, and it again shrieked and appeared to drop through the ground. I ran to the spot, but before reaching it the thing rose and, again shrieking, glided over the ground and entered the barn. The door was banged to, and then such a fearful row inside ensued that I was scared and came away.”

Under the heading of “A Cheshire Ghost Story,” on November 7, 1907, the Evening Express told its readers: “A sensation has been occasioned at the village of Barnton, Northwich, by what is designated a ‘veiled lady.’ It is declared that late at night and during the small hours of the morning, an apparition in black, wearing a thick veil, has been seen parading certain roads. The superstitious are quite alarmed, but it is suggested that the ghost is the trick of a practical joker or some person mentally deranged. The ghost disappears suddenly across fields on the appearance of pedestrians.” The article was concluded in appropriately nerve-jangling fashion: “Other people tell similar tales, and all Lonesome and the woods are avoided after dusk.”

“Ghostly Visitant” was the headline that jumped out of the pages of the Evening Express on November 28, 1908. Its undoubtedly worried readers: “Woodstone, a suburb of Peterborough, is said to have a ghostly visitant, and many of the inhabitants are terror-stricken. The first to claim to have seen the apparition was a woman, who was passing along a lonely path near the churchyard at dusk and says she met ‘a lady dressed in the deepest black,” and stood aside for her to pass. With a rustle of her gown, however, the figure vanished, and the woman ran away shrieking. Other people who allege that they have seen the somber figure say it has a ghastly white face, and that its hands are outstretched. Parties of ‘watchers’ are being organized to ‘lay the spirit.’” 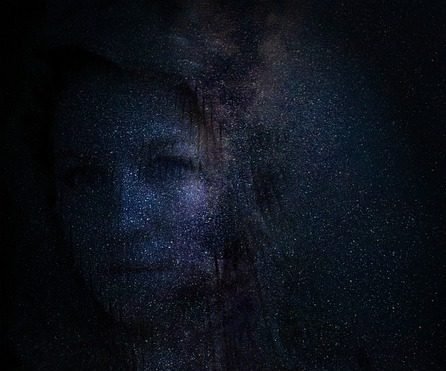 “The Village Ghost” was the title of a small news item that appeared in the Evening Express. According to the unknown writer of the feature: “Not a little commotion has been created among the inhabitants of the wayside village of Osgodby, near Selby, by the strange appearance of a nocturnal visitor, which some people describe as a ‘ghost.’ On one occasion the apparition is said to have stepped in front of a horse and trap belonging to a local farmer, and after saying ‘Goodnight’ in sepulchered tones disappeared into the trees nearby.  On another occasion, when a passing cyclist seemed to run into it, the ghost was clothed in female attire, with a black veil over her face.”

On January 30, 1909, the Wales-based Cardiff Times newspaper ran a news-story titled “Black Ghost.” The story told of how “two laborers,” Benjamin Benns and Robert Elvin – both of Beccles, England – encountered a ghostly figure in the vicinity of Roos Hall on the evening of January 18, 1909. Elvin, however, had a previous encounter: approximately a week before Christmas 1908. The ghost was described as “about 5ft. 9in. in height, with nice-cut features, like a woman,” and was of a “very black, shadowy appearance.”

Then, on November 20, 1909, Wales’ Prestatyn Weekly told of the antics of a “young woman dressed in black who had been busy stealing various and sundry items from homes in the Prestatyn region. The article was titled “The Woman in Black.” What else could it have been titled?!

Tulpa Thought Forms and the Mysterious Death of Olivia Mabel