The Weird Case of the Atlas Vampire

The story of one of Sweden’s weirdest and perhaps most gruesome mysterious deaths takes place in Stockholm, in the year 1932. Here 32-year-old prostitute Lilly Lindström lived in an apartment complex in the Atlas neighborhood, now known Vasastan, and she was often referred to as the “call girl,” as she was one of the only people there who had the luxury of having a phone, a rarity at the time, which she put to use trying to get clients. These clients would come over to her flat to conduct business, and by all accounts business was good. But one such call would prove to be stranger, and deadlier than others, and would become a dark mystery that has remained unsolved to this day.

In May of that year, Lilly paid a visit to her downstairs neighbor and friend, Minnie Jansson, in order to ask to borrow some condoms because she had a client scheduled to arrive. This was apparently not all that uncommon a thing for Lilly to do, and even the fact that she was naked with just a coat thrown over herself was nothing particularly weird for her, so Minnie did not really think much about it at the time. Even the next morning when she did not see Lilly she was not particularly alarmed, but when one day turned into another with no sign of her friend, all attempts to knock on her door met with silence from within, Minnie became worried and contacted the police. Little did they know that beyond that door would prove to be the beginnings of one of the country’s greatest unsolved mysteries.

Authorities arrived at Lilly Lindström’s door on May 4, 1932, three days after she had last been seen, and as expected there was no response when they knocked or called out to the woman. They let themselves in, and at first found the apartment to be in order, impeccably tidy, but when they got to the bedroom they were shocked to see the naked corpse of Lilly Lindström lying face down upon her bed, her clothes folded neatly on a chair next to her. Her head had been brutally beaten in, the death later determined to be trauma from some blunt object to the head, likely as the victim was in the midst of sex as there was a used condom lodged in her anus, but this wasn’t even the most gruesome or disgusting aspect of the crime.

When the body was checked, it was found to be almost completely drained of blood, and indeed there was almost no blood splatter around the body at all. There could be found no obvious way for someone to have drained that much blood from the body, especially without leaving an obvious puncture mark or barely any mess behind, nor was any way apparent for someone to have carried all that blood away. A hint to what might have happened was lying nearby, in the form of a soup ladle with blood on it, which investigators surmised had been used by the killer to drink the victim’s blood, possibly all of it. There was nothing found stolen in the flat, no ransacking, and in fact it seemed as if the killer had been incredibly neat and discreet, in stark contrast to the savage beating he had inflicted, and he was even theorized as being the one to have neatly fold the victim’s clothes.

The media was quickly having a field day with what they were calling “The Atlas Vampire,” and authorities knew they had to find a suspect quickly, but there was very little evidence to go on for police at the time. Although the killer had left behind plenty of physical evidence such as saliva and semen, this was in the days before DNA testing so that was all pretty much worthless. Likewise, no one had seen anyone go into or out of her apartment, so there was no physical description of the attacker, and there had been heard no anomalous noises or any struggle of any kind. There was also a complete lack of fingerprints of a possible perpetrator, and this all left police with very little to work with. Police were forced to do things the old fashioned way, by interviewing and interrogating every known person who could have had any contact with Lilly, and in this case they decided to focus mostly on her known clients. 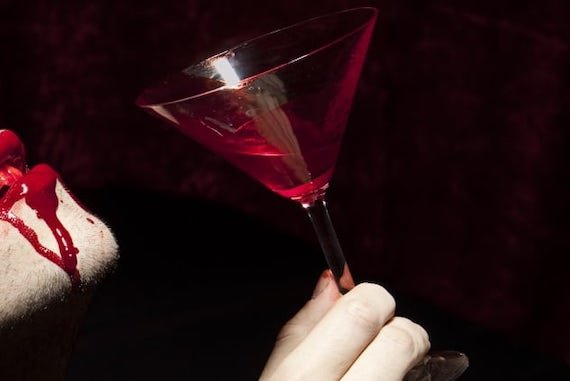 In total, nine of Lilly’s clients were intensively questioned, but there was nothing that particularly incriminated any of them, and all denied having had any contact with Lilly during the time period in question. With no proof or evidence, in the end there were no arrests made, Lilly’s final client remains unknown, and the case is still unsolved. The Atlas Vampire has become a hot talking point for many true crime aficionados, and all manner of theories have been thrown about. One is that she was killed by a police officer who knew how to cover up his crime. Other ideas are that he was simply one of the many drifters who came through Stockholm or even a real vampire, but there is no evidence to point to any of this.

Many of the circumstances of the murder still manage to baffle in particular. One strange such detail is the missing blood. What happened to it? Was it drunk by the perpetrator or put into containers to be hauled off for some grim, inscrutable purpose? Indeed, how was the blood even removed at all, and how was it done so incredibly cleanly? Also, why is it that the killer left that ladle behind, even though he seemed to be otherwise a bit of a neat freak, and also seems to have made sure he left no fingerprints? The case has proven to be doubly frustrating in that with modern day forensics techniques it would have likely been very easily solved today, but even though some of the evidence from the scene of the crime is on display the DNA has been so degraded, compromised and contaminated, plus the fact that a living descendant of the killer would be needed for comparison, that it is virtually worthless for testing now. We are left to wonder just what sort of dark destiny came for this poor young woman, and who the killer was. For now the only one who knows is the victim herself, and the solution to this case will likely remain forever lost to us.