One of the lesser known aspects of strange creatures and legendary "things" seen in the U.K. is their connection to caves and caverns. Could it be the case that such  beings dwell in secret underworlds? Let's have a look at the data. Researcher Luke Mastin noted that the Green Man phenomenon was linked to some famous and infamous characters over the years, including a particularly acclaimed one that everyone will instantly recognize: "Although best known as the heroic, bow-wielding outlaw of English folklore since the 14th Century, along with his green-garbed band of Merry Men and the beautiful and virtuous Maid Marian, Robin Hood (originally a contraction of Robin of the Wood) was also traditionally seen as a protector of the old ways and of the woods and forests."

Interestingly, it transpires that for a number of years sightings have been made of a creature sounding suspiciously like Bigfoot from within what is left of none other than Sherwood Forest. A Royal Forest located in Nottinghamshire, it was - as a curious and swirling mix of history and mythology tells us - the home of the famous and heroic Robin of Loxley, far better known as the aforementioned Robin Hood. Chris Mullins, who investigated many reports of Bigfoot in Britain, said of the Sherwood Forest controversy that: "While having some reservations myself, I believe it’s feasible. Wild men could still exist in our time. Notts [Nottinghamshire] and Derbyshire are known for their underground caves and catacombs, explored and unexplored, and the woods could conceal a lot." Sherwood Forest, then, might – or, conversely, might not - be home to far stranger puzzles than merely the man who supposedly stole from the rich and gave to the poor. 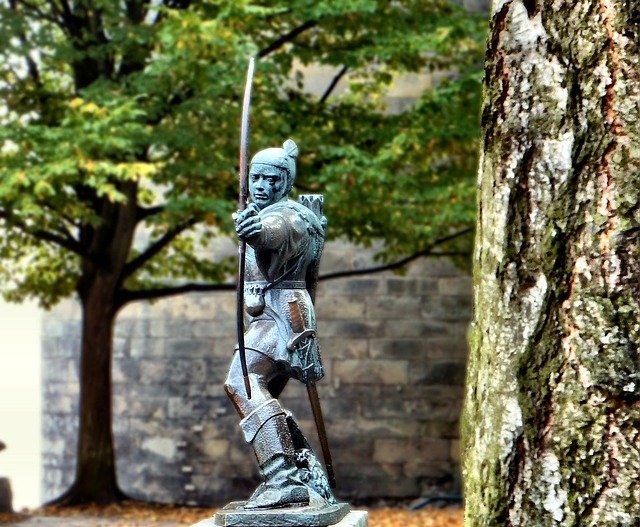 Let's now take a look at another example - one of horrific proportions. Preserved in an eight-page chapbook in the Pearse-Chope collection at Bideford is a sensational and controversial story of one John Gregg and his assorted family of murderers and thieves. The text is estimated to date from the latter part of the eighteenth century and it recounts the story of how the Gregg family took up residence in a cave near Clovelly on the north coast of Devon in the 1700s, and from where they were to live for an astonishing twenty-five years. So the legend goes, during this period they passed their time by robbing more than a thousand unfortunates, and merrily devoured the corpses of all those they robbed. Such was the horror the story generated that even the king himself – along with four hundred men – allegedly resolved to bring to an end their prehistoric-like and abominable existence. The cave was supposedly discovered and reportedly contained, according to the chapbook, ‘such a multitude of arms, legs, thighs, hands and feet, of men, women and children hung up in rows, like dry’d beef and a great many lying in pickle’.

Gregg’s distinctly less than charming family was found to consist of a wife, eight sons, six daughters, eighteen grandsons and fourteen granddaughters all begotten by incest - and many said to have been as mad as hatters - and all of who were taken to Exeter and on the following day executed at Plymouth without trial. It was suggested very convincingly by A. D. Hippisley-Coxe, in his 1981 book The Cannibals of Clovelly: Fact or Fiction that this bizarre and horrific tale was simply that: a tale, and one created to ensure that the superstitious locals kept away from the myriad local caves used by smugglers at the time. And, indeed, the area around Bideford and Clovelly was a hotbed for smuggling. Broadly, the same legend appears in a number of other chapbooks – such as The Legend of Sawney Beane, that places the scene of the action in Galloway, Scotland. The tale of Sawney Beane was first recorded in 1734 in A General and True History of the Lives and Actions of the Most Famous Highwaymen by Captain Charles Johnson, a pseudonym of none other than Daniel Defoe, who had visited north Devon in his Tour Through the Whole Island of Great Britain and from where, in 1714, he reported that he "could not find any foreign commerce, except it be what we call smuggling."

So, we have a story of people gone wild – and horrifically so, in the saga of the Clovelly cannibals – but one so steeped in legend, folklore and probably a very high degree of fabrication, that the complete picture will probably never become clear to the point where it satisfies everyone who has sought out the truth of the matter. But that most certainly cannot be said for every case. Sometimes, stories of people living wild in Britain can be utterly vindicated. Theo Brown was the author of a dozen books, including Devon Ghosts and Family Holidays Around Dartmoor. She was also someone who had her very own experience with Devon’s notorious Hairy Hands. Brown collected a number of very strange stories, including one chilling recollection by a friend of hers who had been walking alone at dusk near the old Neolithic earthworks at the top of Lustleigh Cleave, which sits on the extreme east side of Dartmoor, in the Wrey Valley. 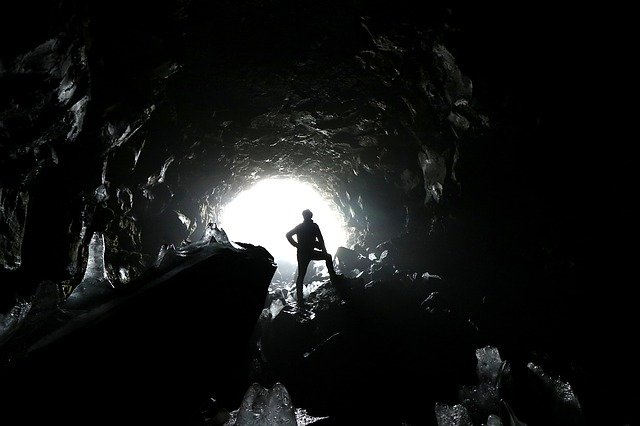 Lustleigh Cleave is an extraordinarily strange place at the best of times. An inordinate number of unexplained incidents and anomalous phenomena have occurred on an amazingly regular basis. Moreover, the remains of prehistoric stone huts can be seen in the direct vicinity, and an ancient burial monument, Datuidoc’s Stone - which is estimated to have originated at some point around 550 to 600 A.D. - still stands to this very day, pretty much as it did all those thousands of years ago. Not only that, there are rumors of ancient and winding tunnels and caves far below the landscape. It's said that primitive, humanoid creatures still lurk and live in the old tunnels. Jon Downes, of the Center for Fortean Zoology, says of the weirdness that dominates Lustleigh Cleave: "I have got reports of sightings of a ghostly Tudor hunting party, of mysterious lights in the sky, and even the apparitions of a pair of Roman Centurions at Lustleigh Cleave. But, adds Jon, getting to the most important aspect of the story: "Theo Brown`s friend saw, clearly, a family of 'cave men,' either naked and covered in hair or wrapped in the shaggy pelts of some wild animal,  shambling around the stone circle at the top of the cleave.’" Vindication of the old tales or myth and legend come to life? Who knows?

There is also the matter of the werewolf-like Wulver of Scotland. In her 1933 book, Shetland Traditional Lore, the noted folklorist Jessie Margaret Saxby, wrote of one particular Wulver in Scotland: “The Wulver was a creature like a man with a wolf’s head. He had short brown hair all over him. His home was a cave dug out of the side of a steep knowe, half-way up a hill. He didn’t molest folk if folk didn’t molest him. He was fond of fishing, and had a small rock in the deep water which is known to this day as the ‘Wulver's Stane.’ There he would sit fishing sillaks and piltaks for hour after hour. He was reported to have frequently left a few fish on the window-sill of some poor body.”

Maybe, in light of the above, there really are strange and unearthly creatures dwelling deep below us...

The Strange Case of the Las Vegas UFO Crash