El Paso, Texas, owes a debt of gratitude to the late country singer Marty Robbins for writing and recording a song that was his best and still the best-loved song about the West Texas city. (Sing along with Marty here.) However, it was released in 1960 and a lot has happened since then in El Paso beyond gunfights over a beautiful girl. Maybe it’s time for a new song about the latest phenomenon to hit El Paso – UFOs. Garth, Keith, Miranda, Carrie … are you listening?

A video of an alleged fleet of UFOs flying over El Paso on March 17, 2020, was uploaded by the YouTube channel The Hidden Underbelly 2.0, which regularly posts a variety of paranormal videos. This one is said to have come from a Mario Rios who was driving at 7:15 pm on an unnamed El Paso freeway when he spotted the lights moving slowly low in the sky. That’s about all an excited Mario has to say about them. (Watch the video for yourself here.) While you ponder what you think the lights might be, here’s what Hidden Underbelly 2.0 has to say.

Yes, that’s a good argument against Chinese lanterns, especially as bright as these lights are at the distance they seem to be recorded from. There’s too many to be Venus or another planet and they’re too bright to be Elon Musk’s satellites that have been mistaken for UFOs so often recently. Space force testing? Aliens? There’s a lot to be scared or anxious about these days, so Mario’s excited voice can be excused, but that doesn’t mean he’s looking at alien spaceships.

Out through the back door of Rosa's I ran
Out where the horses were tied
I caught a good one, it looked like it could run
Up on its back and away I did ride
Just as fast as I could
From the West Texas town of El Paso
Out to the badlands of New Mexico

Marty Robbins' El Paso cowboy had a good reason for jumping on a horse and riding out of town … murder charges. These El Paso orbs could be law enforcement as well – El Paso is a Mexican border town and there are plenty of police and DEA helicopters patrolling the area, but four at a time? And moving so slowly? 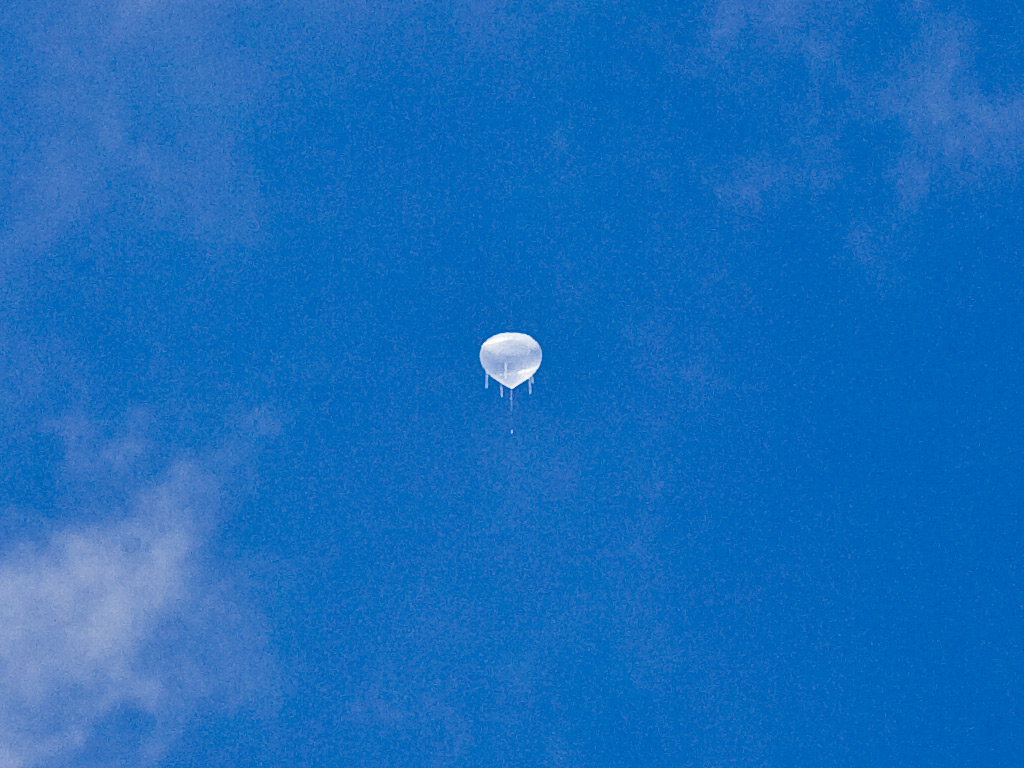 What about weather balloons? A UFO over El Paso in December 2019 was eventually identified as one of those, but they usually ride alone like the guy in the song. There was another ‘fleet’ of UFOs seen by many people in El Paso in January 2020. Those turned out to be flares – not surprising since El Paso is home to Fort Bliss, the huge U.S. army base known for missile and artillery training and testing. It’s most likely that those are what Mario saw, although no one has offered definitive proof.

That shouldn’t stop any aspiring country songwriters from penning lyrics to a tune called “UFOs Over El Paso.” Here’s a start to the music of the Marty Robbins classic …

Over the skies of the town of El Paso
UFOs flying, my eyes opened wide
Looked at my pickup and boy was I jealous
I hoped they’d see me and give me a ride.

Out of Place Animals in the UK!