There sure are a lot of weird cults out there. Nowadays one can find a strange belief system of any flavor, and these movements can sometimes attract a frightening large number of people. Yet while you may think that such strange cults attract only gullible nobodies, it is not that simple at all. If organizations like the most famous Scientology has taught us anything it is that even the most high profile celebrities can also be pulled into these belief systems, but you might not be aware of just how deep this can go. Here we will look at perhaps some lesser known cults that managed to ensnare beloved celebrities over the years.

Among Hollywood actors there have been a surprising number of them who have been linked in some way to some of the weirdest, most outlandish cults out there. One that often pops up is the organization called The Family International, which was started back in the 1968 in Huntington Beach, California by a former Christian and Missionary Alliance pastor by the name of David Brandt Berg, who claimed to be “God’s prophet of the contemporary world” and called himself "King", "The Last Endtime Prophet," "Moses," and "David.” Originally called “Teens for Christ,” the cult would go through several name and image changes over the years, including “The Children of God,” “The Family of Love,” and others, before becoming The Family International, usually called just “The Family.”

The Family International is mostly all about salvation, apocalypticism, and spiritual revolution, with members, who traditionally live in communes, believing that they are spiritual soldiers locked in a perpetual battle of good versus evil, aided by angels, departed humans, and numerous religious and mythical figures. The organization is also known for its long history of child abuse and sexual abuse allegations and severe corporal punishment practices, as well as for its practices of using women to lure in converts through sexual favors in a form of proselytizing called “flirty fishing.” Celebrities that have been associated with the cult are actress Rose McGowan and more famously the family of Joaquin and River Phoenix, who grew up in the cult in the 1970s along with their sisters, before leaving the cult when they were asked at a young age to engage in flirty fishing. Indeed, Joaquin Phoenix has become so tired of being asked about it that he typically refuses to even acknowledge this part of his past in interviews, and once lamented to Entertainment Tonight:

When people bring up Children of God, there's always something vaguely accusatory about it. It's guilt by association. I think it was really innocent on my parents' part. They really believed, but I don’t think most people see it that way. I've always thought that was strange and unfair.

Another very famous actor who grew up in a cult is respected actress Glenn Close, whose family was heavily involved in the organization called the Moral Re-Armament, also known as Buchmanism and Initiatives of Change. Started in 1938 by American minister Frank Buchman, the movement sought to change the world through changing oneself and seeks what are called the 'Four Absolutes,' which include absolute honesty, absolute purity, absolute unselfishness and absolute love. This doesn’t seem really all that bad, but according to those who have been involved with the organization, members are subjected to extremely controlling conditions and severe punishments for not fulfilling their duties of faith, and there are rumors that the group has links to the Nazi party as well. Glenn Close, who spent 15 years in the cult from the age of 7 living at their headquarters in Switzerland, has herself said of the conditions under the organization:

The next cult to show up here is what is called Christian Science, which was developed in 19th-century New England by Mary Baker Eddy as “the Church of Christ, Scientist,” and describes itself as more or less aiming to bring back “primitive Christianity and its lost element of healing.” In very basic terms, they believe that reality and the material world are all an illusion and that only the spiritual realm is truly real. As such, all sicknesses and disease are likewise just an illusion, an infection of the spirit rather than physical ailment, and anything can be healed by pure faith alone. As you may surmise, this basic tenet of eschewing proper medical care in favor of the belief that all physical and mental ailments are basically all in your head and just need prayer to fix is dangerous, and this can be seen in many preventable deaths blamed on adherence to these tenets over the years, including the founder of the movement herself, who died of pneumonia after refusing treatment. Accusations of manslaughter or neglect are often thrown around towards Christian Scientist parents, and the fact that there are over 50,000 followers around the world and the central text, the 1875 book Science and Health, has sold over 9 million copies is sobering.

Among these followers is actor Val Kilmer, who by all accounts has seen his health deteriorate significantly because of it. He is rumored to have denied treatment of a tumor in 2015 until it was almost too late, only finally seeking attention when his family begged him to ditch the praying and seek medical attention. In 2017 he admitted that he had throat cancer, which caused much concern among fans as they knew of his religious beliefs and his hesitance to seek medical care. Kilmer himself tried to allay these fears by saying in an interview:

Some fans have mistakenly thought my silence about my personal issues meant that somehow I wasn't being responsible to my health, because of my reliance on prayer and Love. Nothing could be further from the truth. I hope this puts to rest any further concerns about my health by publications that have no respect for the truth.

Almost just as strange, and definitely just as dangerous as Christian Science is the very odd movement called “Breatharianism,” also called Inedia, Latin for “fasting,” which I have covered here recently and which also has its celebrity actor adherents. This cult more or less believes the extremely scientifically unsound idea that human beings do not need food and water to live, but rather that we can subsist on prana, the vital life force in Hinduism, gained through a diet consisting of nothing but air and sunlight. To this end, members of the cult are heavily encouraged to gradually wean themselves off of food and water, and to go increasingly long periods without them, instead getting plenty of fresh air and sunlight, after which they will be given a small amount of liquid and fruit (turns out our bodies actually need that) and then start the process again. It is probably no surprise at all that there have been many health issues and even death associated with this practice, but it still remains popular among a certain segment of the population. Probably the most famous member of this movement was actress Michelle Pfeiffer, who was allegedly heavily into the practice before realizing how absurd it all was and quitting.

One rather new cult not only has an actor as a member, but it was actually founded by one. In 2014, Jayden Smith, son of famous actor Will Smith, along with his sister Willow, started what they call the Orgonite Society, in which they use “distribute vibe-cleansing pyramids, hockey pucks, and rectangles in order to ‘Balance Gaia’s Energies.” It all revolves around what is called “orgone,” first postulated as a type of universal cosmic energy in the 1930s by Austrian doctor and psychoanalyst William Reich. According to the Smiths, this energy can balance the Earth’s chakra energies, and they do this by “transforming negative orgone energy into positive orgone energy.” To this end they advocate the use of crystal pyramids that can allegedly harness this energy for all manner of uses, from awakening psychic powers to repelling demons and aliens. There are apparently quite a few followers, who snap up the pyramids sold online by the Smiths. 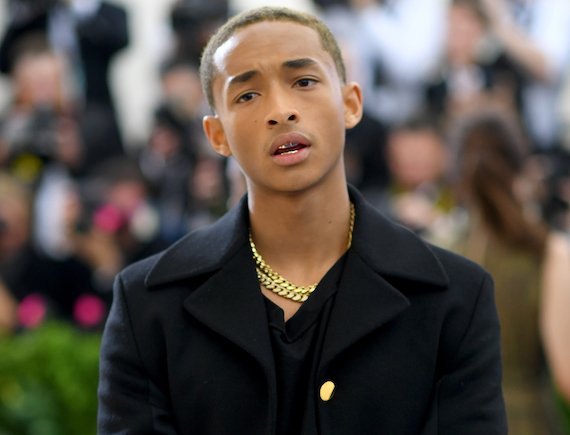 It is not the intention of this article to criticize the decisions that led to these people embracing these ideas, but there is no doubt that for many these are unquestionably unorthodox ideologies that in most cases are baffling to a large portion of the population. How is it that they manage to pull in such high profile stars or their families and convince them that this is the path to the truth? It is likely a very complex set of reasons beyond the scope of this article, but it is nevertheless fascinating to see how certain ideologies can worm their way into the mind, and how celebrities in many ways are no more above this than the average person, either because they were dragged into it or seriously believe it all.