Why The “UK Sasquatch” Is Supernatural

F.W. ‘Ted’ Holiday was the author of such ground-breaking and paradigm-shifting books as The Dragon and the Disc, The Great Orm of Loch Ness, and The Goblin Universe, all of which should be considered absolutely vital reading for cryptozoologists and Forteans, both seasoned and new. He famously stated the following with respect to the thorny matter of mysterious, hairy hominids in our very midst: "Real animals stay alive by eating. Giant primates, such as the gorilla, feed almost continuously during daylight, and in no dainty fashion. Bigfoot, however, allegedly lives in coastal evergreen forests which produce low-energy food of the poorest quality. It is impossible to imagine this miserable fare could sustain a race of eight-foot-high anthropoids." Holiday’s undeniably wise, and wholly justified, words were made in particular relation to the controversy surrounding the Bigfoot phenomenon in North America; yet, they are equally as relevant to the problem of such animals allegedly residing in the British Isles – and, quite possibly, even more relevant, too.

If the British Bigfoot is a "real" entity in some sense of the word, then it’s highly ironic in the extreme that the one theory for its existence that many people might assume to be the correct one - namely, that it is a creature of flesh and blood proportions that science and zoology have yet to classify or categorize - is, actually, the one least likely of all to provide a definitive, or even a remotely, potential, viable answer. Prevailing theories within the domain of mainstream cryptozoology (a description which some might consider to be the ultimate oxymoron!) certainly differ on the finer points of what Bigfoot is or is not, and what it may be or may not be. But, for most of those who adhere to the idea the creature is a living entity in the way most of us understand and interpret the term, the beast is some form of unknown ape, or, possibly, a surviving example of the presumed-extinct great ape known as Gigantopithecus, which roamed India, China, and Vietnam hundreds of thousands of years ago.

And, while we can never rule out such possibilities when it comes to Bigfoot in the United States, the Yeti of the Himalayas, the Russian Almasty, China’s Yeren, and the Australian Yowie, on the matter of the British beast things are a tad more problematic. Well, no, actually, they are extremely problematic! First, there is the problem of size. Not just of the creature, but the scale of the country in which it is said to live. At its absolute longest point - from Land’s End, Cornwall, England to John o’Groats, Caithness, Scotland - Britain only extends to 603 miles (or, if you use the winding roads and travel by vehicle, 838 miles). And the population density of its sixty-million-plus people is 717 per square mile. Are we really to believe and accept that in such a small country, but one with a significantly-sized population, it has proved consistently impossible to find, classify, capture or kill at least one British Bigfoot or wild man? With 717 people, on average, inhabiting every square mile of the country, where are these immense beasts hiding? And, precisely how are they managing to remain consistently out of our hands?

And, on top of that, we are faced with the major problem of food. Or, more correctly: what food? If we take the stance that the British Bigfoot is a form of ape, one of the biggest and most important questions that needs answering is: on what does the creature live? There sure as hell is not a lot of wild bamboo in Britain - a food source that mountain gorillas, for example, thrive on. In fact, if one takes a good, long walk around any number of places where the British creature has been seen - such as the Cannock Chase, Dartmoor, Bolam Lake, the Shropshire Union Canal, the Cairngorms, the mountains of Wales, and both Rendlesham Forest and Sherwood Forest - what we actually notice is a marked lack of food that is rich in nourishment and vitamins. Whatever the UK Sasquatch is, it's not a normal, flesh and blood animal. I don't know what it is, but I know what it isn't: an unknown ape. 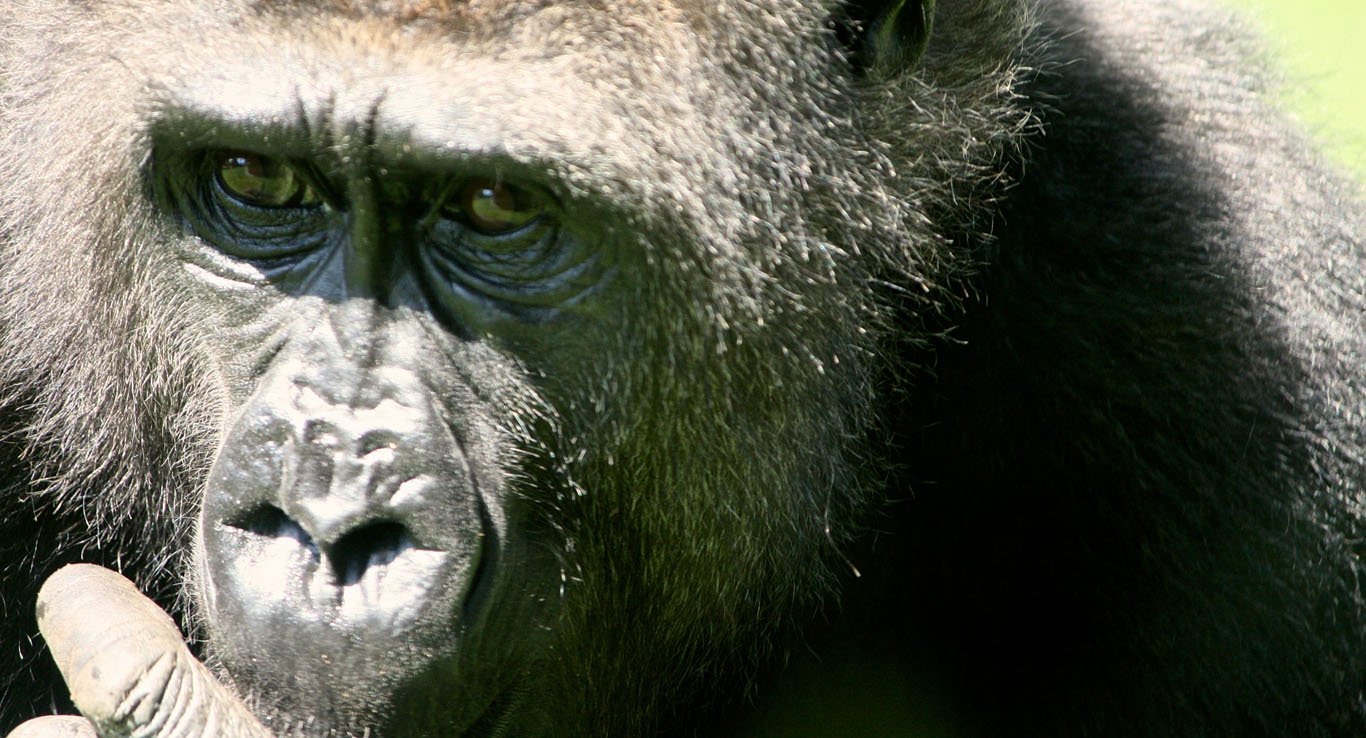 My words are echoed by those of Jon Downes, the director of the Center for Fortean Zoology: "Britain is a very small country and one of the best explored in the world. And there simply is not enough wild land for an unknown species of higher primate to live in. New species of animal do get discovered in Britain, but they are always small. The biggest thing to be discovered in Britain in recent years is a population of lizard, which is about nine inches long, living on the cliffs in Dorset. And the idea of a relatively small lizard living on cliffs in Dorset is pretty outstanding; but the idea of something the size of a gorilla living in Britain, in the wild, is ridiculous.

"And in the places where they have been reported, there simply is not enough food available for them to eat. Most of the higher primates are herbivorous, and there is not enough vegetation to supply the quantities and nutrients that a viable population of large primates would need. And even if they had adapted to living here on deer and rabbits, there just isn’t enough land for them to hide in and live in. Bolam Woods, is only around forty acres. It’s ridiculous to suggest that an animal the size of a gorilla could live there, so close to civilization, and not be found. But, here’s one of the most important things of all: There’s nothing in the fossil record to indicate that a great ape has ever lived in Britain. Now, in Asia, where there is a fossil record of Gigantopithecus in the areas where the Yeti has been reported today. And, so, it is logical for the Yeti to be there. But, the lack of fossil evidence, not enough food, and not enough land, all rule out the idea of a great ape existing in Britain."