A Greek Island and its Mysterious Commune of Immortals

Lying off the southernmost point of Europe is the tiny, picturesque Greek island of Gavdos. It is an isolated speck of land jutting out of the Libyan Sea near its larger brother Crete, only about 30 square kilometers in size and sparsely populated, with more goats meandering around than people, all surrounded by azure waters inhabited by dolphins and myriad sea life. It is a place of stunning beauty, and has been a magnet for people looking to get away from society and immerse themselves in this dream like place. It is also the home of a mysterious group of people who claim immortality, and go about their enigmatic business amid the breathtaking scenery far from prying eyes. In Greece this has become a place of mystery, and is known as being the haunt of a secretive cabal of immortals.

To understand how this came to be, we have to go back to an at first seemingly unrelated and tragic event in history. One of the the worst nuclear plant disasters ever recorded in history occurred in Ivankiv Raion, of northern Kiev Oblast, Ukraine, in the city of Pripyat, in what was at the time the Ukrainian Soviet Socialist Republic of the Soviet Union, near the border with Belarus. It was here where on 26 April 1986, a catastrophic nuclear accident occurred at the Chernobyl Nuclear Power Plant, which would claim the lives of 31 people, plus many more in later years, send radioactive material spewing all over the western USSR and Europe, clear the immediate region of most of its inhabitants, affect nearly 7 million people, and cause environmental and health problems that still echo through and affect the area today. Among all of the human suffering and trying to piece together what happened, many people were left sick and aimless, and one of these was a man only known as Andrei.

Andrei had been a nuclear physicist in his past life before all of this, sent to Chernobyl in the aftermath of the catastrophe to do research. Unfortunately for him, he got very sick from the considerable radiation there in that forsaken place, finding himself in a facility full of moaning, dying people like him. Death was everywhere at the time, hanging over everything like a black fog, and Andrei knew that no amount of medical care or medicine was going to help him. He had an epiphany, and realized that the only way to beat this condition was to turn to other means. At first this involved simply moving away to a rural village and living a simple life of work, sweat, and drinking lots of vodka, all of which he would claim helped flush out the toxins from his system, and then his mind turned to more esoteric means of extending his life and indeed achieving immortality. He began to gather about him a following of others like him, many of them other Russian scientists and colleagues, and they began to study philosophy and esotericism to form a way of thinking in which hard work and a tough mind could alter the abilities of their own bodies through sheer will. They believed that through willpower, meditation, and shucking off our traditional ideas on life and death, we can essentially reprogram our physical bodies to never die.

After 10 years of this, the group had grown to around 30 members, and it was decided that they needed a place where they could live away from the world to pursue their way of life, and they found it in the island of Gavdos. In the late-1990s they relocated to the island, which at the time had only a transient population of dreamers, drifters, artists, and hippies, and set up a sort of self-sufficient commune, growing their own food and living off the land. They also built mysterious laboratories where they went about experiments even at the same time that they performed rituals or ceremonies, all shrouded in secrecy and mystery, their ultimate goal -- immortality. They believe that through their various activities they can reach the next stage of human evolution, in which life eternal is possible, and it would be only the world and them. One of the members of the commune has ominously explained “There won't be any new generations. We are the last generation. We won't permit the birth of people who are mortals. They are not needed.”

As soon as the group arrived, which is actually usually referred to as simply “The Group” or “The Russians,” they immediately began gathering an air of mystique and legend about them. Rumors began to fly about, all fueled by the group’s secrecy and the strange structures they built, such as a large, green pyramid that sits among the scrub and foraging goats like some inscrutable ruin from an ancient civilization. Another is a building built in the style of an ancient Greek temple covered with cryptic glyphs, which was erected much to the chagrin of the other islanders. People began talking about how this mysterious group would perform miracles around the island and demonstrate magical feats, or how they were building an underwater tunnel that would lead to Libya. One resident gives an anecdote of the group’s strange powers:

One day, someone from the neighboring village asked us to help them move a heavy tree trunk. Six of us tried to get the piece into his truck, in vain. Then, two really skinny men came. They just said, ‘OK, let's do this.' And they did.

There are so many stories and rumors that it is hard to know where any real facts end and fantasy begins. Norwegian filmmaker Yiorgos Moustakis, who has made a documentary on the island and its mysterious group, has said of these rumors:

Many urban legends surrounded this group. Some thought that they came to this island to get cured from radiation. Others were saying that they are spies working for the KGB or CIA, working on a top-secret program. Most of these stories were told by people who had already met them and had seen their constructions around the island. 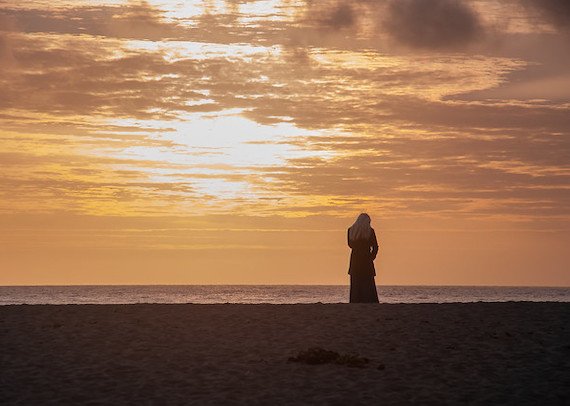 Although their exact methods for achieving their goals are not clearly known, it is mostly thought that the group’s ideologies is a sort of hodgepodge mix of simple living, magical ceremonies and rituals, religion, esoteric philosophies, and scientific experiments and research, through which they aim to reprogram the human body and reach the immortality they think resides within us all. To them death is not inevitable, and that it can be warded off or even stopped. The members themselves are very cryptic and secretive about it all, with one commune member explaining in an interview with Worldcrunch:

Our bodies present so many possibilities of change that we don't use. Why? Because we create a lifestyle in which change isn't needed: a dead world that viciously influences us and turns us into dead people. We think that is the true fundamental reason for death, the starting point of what we call psychological destruction. I used to work in a research center, and I saw my whole future ahead of me. I realized it was controlling me and driving me towards a certain kind of death. So I decided to change course, to not follow that path and to create a different way of life for myself."

Just how they exactly plan to do this is murky, although many people have tried to figure it out, and there were even supposedly intelligence agents who have tried to infiltrate the group to find what they are up to, without much success. The closest anyone has come is perhaps the filmmaker Moustakis, who believes that the group, which it must remember is composed of mostly former scientists, are not quacks or religious nutjobs and that they know what they are doing. He has said of this:

It is a huge study. The proof you are asking lies inside this study in the same way that the proof of, let's say, Einstein's relativity theory lies in the maths. In the case of the relativity theory, of course, it was experimentally proven later on in labs–the CERN accelerator, etc. But first, before this theory was tested in practice, it needed a working theoretical framework. To put it another way, yes, [the scientists] definitely have a theoretical framework that works.

What is this mysterious group up to out there? What secrets have they found, if any? Mysterious groups like this have always attracted to them stories of the bizarre, and they often sort of become larger than life, to the point where it is hard to disentangle fact from fiction. Whatever they are up to and whoever they are, they still seem to manage to keep their secrets out on that little island surrounded by deep blue seas, and depending on how successful they have been, perhaps they always will.