A Strange Alien Abduction in Acapulco

A very strange series of events began to unfold on one January morning in 1954. On this dark early morning, at around 2 AM, a man by the name of Armando Zurbaran was in his car along dim winding roads on his way from Mexico City to Acapulco, in Mexico, in order to meet up with a business partner the following morning. At the time this was a somewhat perilous journey, with rugged roads twisting and meandering through switchbacks and winding mountain passes, and it was necessary for Armando to give his full attention to the treacherous road ahead. He was completely on alert, watching that remote lane flash out of the night to pass him in the beams of his headlights, but despite his completely awake state he claims that he was suddenly overcome by an intense tiredness, a “hypnotic state of lethargy,” as he would call it. And so would begin one of the odder, yet mostly forgotten, alien abduction reports on record.

Realizing that this was a dangerous state to be driving on while trying to navigate the harrowing terrain, Armando pulled his vehicle over to the side of the road in order to relax for a minute, and this is when he noticed a strange sight ahead. There, hovering right over the middle of this remote mountain road before him was what looked to be a luminous, brightly lit metallic disk of some sort, and as he tried to peer into the nearly blinding light, he could notice that he was no longer alone out on that road. Standing there on each side of the strange object were two very tall figures, who seemed to be dressed in some sort of one-piece suit cinched with very wide belts in the middle. They appeared to have long, flowing hair, and for a moment they just lurked there mostly obscured in the glare of that disk. As he sat there trying to figure out what to do, he claims that he suddenly felt himself compelled to get out of his car and begin walking towards these strangers, as if he wasn’t in control of his own limbs, and things would only get weirder from there. 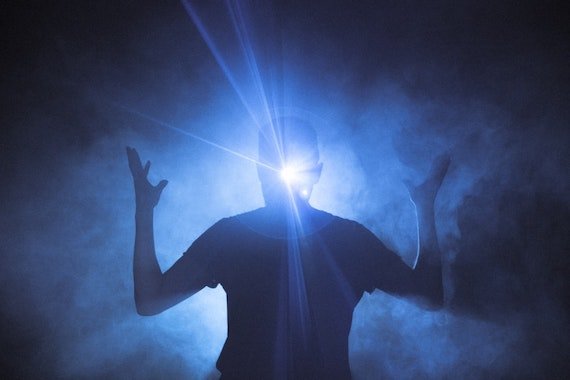 He could see as he drew closer that the figures appeared to be male, although they were rather androgynous in appearance, and that they were very human and Nordic looking, with blonde hair and blue eyes. These two beings were quick to approach Armando to help him steady himself, and then they escorted him closer to what was now clear to be their craft, all as a buzzing sensation filled the man’s skull. When Armando was aboard the glowing ship, he looked around and asked why he had been brought there, to which one of these strange blonde entities replied in fluent Spanish:

You are neither the first nor last earthman to be chosen for testing. Our task, slow though it may seem, is designed to persuade. We choose the likeliest, most malleable persons for contact, so that they might better transmit our messages.

Armando was not sure what to make of this cryptic statement, but before he was even able to really begin processing it all, the two entities began showing him a series of images from his own life, like a dream being played out over the wall of the ship. Some of the scenes he saw playing out before him were from his most intimate moments and half-forgotten corners of his memories, and he began to get the feeling that these creatures could either read his mind or had been watching him for a very long time. The images then stopped, and Armando was shown around the ship, which he was informed was no longer on the ground and not even on Earth, but rather far out into the solar system. This was startling, as the man had not felt any sense of movement or acceleration, and when he asked about this, he was allegedly told that they used a “gravity repulsion system,” without further elaboration. They also said that they were able to neutralize any debris in their path, and let Armando look out a portal, although he was unable to see anything other than a grey mist and a sea of darkness.

Armando then asked whether they were going to the aliens’ home planet and they responded in the negative, and they proceeded to just sort of cruise about over a period of several days. During this time, he became acclimated to the way their ship worked, and spent much time with his mysterious captors. He would claim to have been perplexed by some of the technology aboard their ship, and he was especially intrigued by the bathroom facilities, of which he would say:

I shall never be able to forget it. That bathroom was a new and unimaginable experience for me. Standing upright, facing an angle of the wall filled with tiny holes, I was covered in warm air, and as it grew stronger, it became transformed into damp air, impregnating my skin like a warm, wet breeze. When I was completely drenched, I was offered a sort of liquid soap, which I rubbed all over myself, from head to toe. Standing once more before the warm air sprinklers, I felt the soap begin to evaporate and my skin become completely clean. The air then ceased to be damp, turning dry and warm instead of becoming colder until agreeably cool. 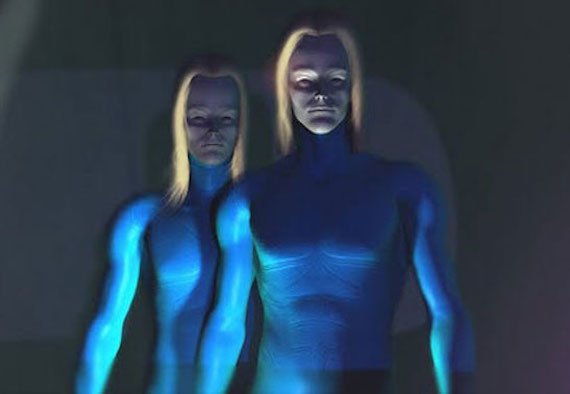 Armando also claimed that he ate with the beings, describing their food as being very much like what one would eat on Earth, including meat, vegetables, cheese, and even butter, although none of it anything he had seen on his own planet, and usually accompanied by a milky liquid that he was told was made from materials from their own home world and was a chief form of sustenance. They claimed that they also utilized some vegetables and fruits grown on Earth, such as mangoes, which featured heavily in their diet and which they couldn’t seem to get enough of. The food, they claimed, was sort of beamed aboard the ship from an outside source via “telepathy” whenever they needed it. During his discussions with the entities he would also learn that their average lifespan was 250 years, that they had a society in which every one was treated completely equally, and that their whole way of life was heavily based on a sort of religion. They believed that a being known as “The Master” or also “The Beloved Number Nine,” had governed them for thousands of years, and kept harmony in their society.

After their time together was over, the aliens then whisked the man back to Earth, where he was dropped off right at the car, which was sitting there as he had left it. Armando bid them farewell and continued on his journey towards Acapulco, and he soon realized that only 90 minutes had passed since he had left his vehicle, despite his assertion that he had been on that ship for a few days travelling who knows where. Indeed, he wouldn’t even miss his meeting with his business associate. Making it all even odder still was that 15 years later, in 1969, Armando would be driving outside of Mexico City and stop to pick up a hitchhiker who was a tall, thin man with blonde hair and blue eyes. This hitchhiker would then admit that he was one of the crew members of that spacecraft all of those years before, but as to his purpose or what they talked about after this, Armando would never say.

Throughout the 1950s there would be numerous other reports of what have come to be called the “Nordic” aliens, which like in Armando’s report appear as tall, blonde, angelic looking beings, and it is hard not to wonder whether they were all connected somehow. This report would be written of by such esteemed UFO researchers as Albert Rosales, Scott Corrales, Ed Komarek, and Marcus Lowth, and it has remained an obscure, yet intriguing report ever since. What were these entities that he encountered along that lonely road? Where did they come from and why were they so human in appearance? Were they aliens, interdimensional beings, or even, as some have suggested, literal angels? Or is this just a tall tale and the ramblings of a delusional individual, perhaps fueled by the tiredness brought about by the road and his stress to make it on time for his appointment, and if so, how did this simple rural farmer come up with all of this fantastical technology? There are no answers to any of these questions, and it is a case that we can only add to the pile of truly outlandish alien abduction reports.

First and Only ‘Death By Meteorite’ Has Been Confirmed