Animals of the Time Traveling Kind?

Is it possible that some creatures that have fallen into the field of Cryptozoology (such as mammoths, large cats, and even pterodactyls) might be entering into our reality by time travel? Of course, there's no hard evidence that time travel (of the kinds portrayed in H.G. Wells' novel, The Time Machine, in the 1985 movie, Back to the Future, and in 12 Monkeys) is possible. It's all very much theoretical, but certainly entertaining. As for reality, there are numerous accounts of people who believe they may have traversed time. One of the most famous examples dates back to 1901. It has become known as "The Moberly–Jourdain incident." As Stefan Andrews notes at The Vintage News: "On an August summer day in 1901, two women by the names of Charlotte Anne Moberly and Eleanor Jourdain were walking in the gardens near to the Petit Trianon in the Palace of Versailles, France. It should have been a normal vacation for the two British academics, but what they reported was a most unusual experience. It apparently began with an unnatural feeling of “oppression and dreariness,” then the two women allegedly saw a host of phantom-like figures, including Marie Antoinette. The Petit Trianon, which was gifted to her by Louis XVI in 1774, was a favorite retreat of the French queen. The odd occurrence, which the women concluded was a time slip, led them to issue a book about it, in 1911."

Like so many cases of claimed time travel, there are down to earth explanations for the events of 1901. But, what of time travel in the animal kingdom? I have a few cases on file that some might suggest are evidence of time travel in the world of animals. We'll begin with a pterodactyl seen in the U.K.? Yes, you did read that correct. From 1982 to 1983, a wave of sightings of such a creature – presumed extinct for million of years – occurred in an area called the Pennines, also known as the "backbone of England." It’s a story that, in much lengthier fashion, can collectively be found in Jenny Randles’ excellent 2002 book, Supernatural Pennines and in issue 9 of UFO Brigantia, a much-missed magazine of the 1980s and 1990s and which was edited and published by Andy Roberts. 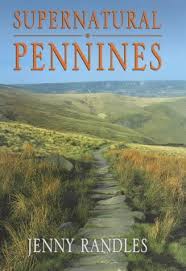 So far as can be determined, the first encounter occurred at a place with the highly apt nickname of the Devil’s Punchbowl, on September 12, 1982. That was when a man named William Green came forward with an astonishing story of what he encountered at Shipley Glen woods. It was a large, grey colored creature, that flew in "haphazard" style and which possessed a pair of large, leathery-looking wings. The latter point is notable, since it effectively rules out a significantly sized feathery bird, and does indeed place matters into a pterodactyl category. Seventy-two hours later, a woman named Jean Schofield had the misfortune to see the immense beast at the West Yorkshire town of Yeadon. That the thing was heading for the Leeds/Bradford Airport provoked fears in Jean’s mind of a catastrophic mid-air collision between a passenger plane and the mighty winged thing. Further reports surfaced and continued into 1983. That is, until the weird encounters were suddenly over. Had the clearly extinct creature entered into our time-frame and then left it? It's as good a theory as any! Now, let's look at the Mammoth.

Jill O’Brien had a bizarre encounter – in September 2008 – in the wilds of Alaska. As Jill watched with a mixture of awe and shock, nothing less than a mini-mammoth raced past her and…vanished. Gone. When I asked Jill to explain what she meant, she said that the baby animal was suddenly enveloped by a small "black cloud," which "sucked into itself" and disappeared. The entire encounter lasted barely a handful of seconds at most. Jill was, however, very sure of what she had seen. In her opinion it was nothing less than the ghost of a long-dead mammoth. Maybe, that's exactly what it was. On the other hand, though, perhaps the mammoth briefly entered into our reality via time-travel. A brief rift in time, we might say.

Moving on, what about a Smilodon? Or a saber-tooth tiger, as it's popularly known? Let's see. As for what the Saber-Tooth Tiger was, we have these words from UCMP Berkeley: "Smilodon is a relatively recent sabertooth, from the Late Pleistocene. It went extinct about 10,000 years ago. Fossils have been found all over North America and Europe. Smilodon fossils from the La Brea tar pits include bones that show evidence of serious crushing or fracture injuries, or crippling arthritis and other degenerative diseases. Such problems would have been debilitating for the wounded animals. Yet many of these bones show extensive healing and regrowth indicating that even crippled animals survived for some time after their injuries. How did they survive? It seems most likely that they were cared for, or at least allowed to feed, by other saber-toothed cats." 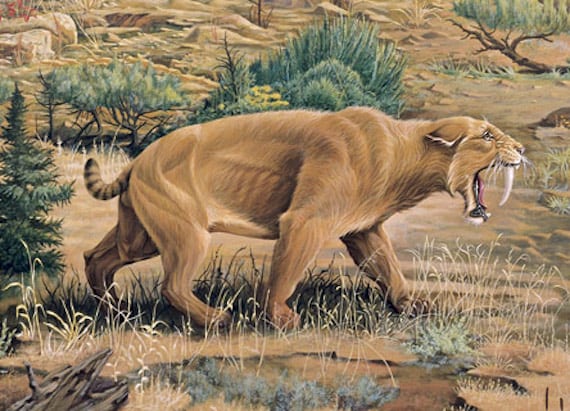 According to Jenny Burrows, on a particular day in 2009, she had been walking through the woods with her pet Labrador dog, Bobbie, when it suddenly stopped in its tracks, whined loudly, and dropped to the floor, shaking. Thinking that her faithful pet had possibly had a seizure, Jenny quickly bent down to comfort the dog, and could then see that it was staring intently to its left. Following Bobbie’s gaze, Jenny was horrified to see moving in the undergrowth what looked like a large cat – "like a mountain-lion, but it was much bigger." That the creature was possibly a mountain-lion quite understandably filled Jenny’s mind with nothing but dread; however, that dread was amplified to stratospheric proportions when its face could clearly be seen, including the two huge teeth that were the absolute hallmarks of the Saber-Tooth Tiger. As Jenny said to me, with much justification: "You don’t have to work in a zoo to know what a Saber-Tooth looks like: everyone knows." Indeed, they do.

Then, things got really strange. In Jenny's own words: "As the Saber-Toothed monster loomed fully into view and out of the confines of the bushes and undergrowth, she could see that its body seemed to be semi-transparent and that, "he bottom of its front paws were missing or invisible. It looked at me with a sort of surprise when it saw me watching it, and then it was gone, just like that. It was terrifying, absolutely terrifying; but it was a beautiful animal, too. Seeing it was scary, but a privilege, too."

It scarcely needs stating that Saber-tooth tigers are long gone. The same goes for Mammoths and Pterodactyls. Yet, people claim to have seen them in relatively recent times - albeit in clearly strange situations. Are we seeing occasional examples of time-travel? Have animals briefly and unknowingly leaped from the past into the present - and then back again via occasional rifts in time? I have no idea: there is certainly no way to prove such an outrageous theory. At least, not yet. It is, however, an intriguing scenario to muse on when it comes to the matter of out-of-place animals.

The Tragic Death of a Hitchhiking Robot