Are Camouflaged Aliens Walking Among Us?

Without a doubt that is a controversial question! The fact is, though, that some alleged extraterrestrials do seem to be trying to move among us and without being noticed for what they really are. In fact, it may have been going on for not just years, but decades. We'll begin with the Men in Black. Not the Will Smith and Tommy Lee Jones type. Rather, the real Men in Black: the pale, scrawny, weird-looking Men in Black who surfaced in the early 1950s and who have never gone away. There is strong evidence to show that the Men in Black realize there are certain differences between us and them. As a result of this, they do their best to make them look like us. Those who have unfortunately crossed paths with the MIB state that their black-suited visitors wore make-up and lipstick. In some cases, they even had what were clearly painted-on eyebrows - as bizarre as it all sounds. On occasion, the MIB will wear large, wraparound sunglasses. This is clearly done for camouflage: in some cases the MIB are described as having large, abnormal eyes that they hide behind those glasses. Often, though, they don't do a good job of hiding those bulging eyes - which is why we sometimes get to see those creepy eyes.

Very much the same can be said about the Women in Black - who also terrorize witnesses to UFOs. The WIB are described as wearing long black wigs and sunglasses. Like the MIB, the WIB mask their milk-white skin with make-up. While there is no evidence that the Black Eyed Children are connected to the UFO subject, it is a fact that there are some similarities. For example, the BEC very often wear hoodies, which they pull down to hide their large, completely black, eyes. In many occasions, the Black Eyed Children keep their eyes firmly aimed at the ground - clearly to try and prevent people from seeing those eerie eyes. In issue 187 of Fortean Times magazine, writer Mark Pilkington did a review of the FortNite 2004 gig. Pilkington highlighted certain material that was disclosed at the gig by Budd Hopkins, the author of Missing Time: "…in order to better blend in with us humans, the greys have taken to wearing wigs and sunglasses…the aliens are also experimenting with growing hair on the heads of their genetic hybrid grey-human creations…they’re also developing pupils to get around those giveaway wraparound black eyes." 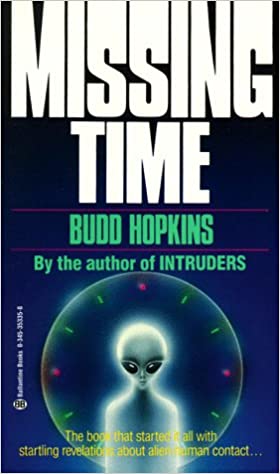 Eris Andys had an encounter with one of these human-appearing things in the later part of the 1980s. She detailed it in a 2004 feature for Fortean Times, which was appropriately titled "A Quiet Invasion.” While walking down one particular street (location not stated) Andys encountered a humanoid creature with “waxy, grey” skin, “…with no pores and no hair. It looked damp. The mouth was small, the nose tiny, and the chin pointed." She added: "The most amazing thing was the pair of glasses 'he' wore – made of some yellow reflective stuff, they wrapped around the sides of the head like some futuristic ski-wear." 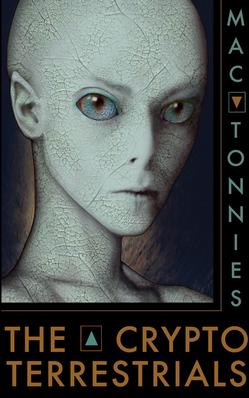 This all reminds me of Mac Tonnies' "Cryptotererstrials." In his theory, Tonnies suggested that ancient humans lurk among us, and do so in ways that will ensure we don't get to see the subtle differences between them and us. Tonnies said: "I envision the cryptoterrestrials engaged in a process of subterfuge, bending our belief systems to their own ends. And I suggest that this has been occurring, in form or another, for an extraordinarily long time. I think there’s a good deal of folkloric and mythological evidence pointing in this direction, and I find it most interesting that so many descriptions of ostensible 'aliens' seem to reflect staged events designed to misdirect witnesses and muddle their perceptions." Tonnies suggested that the Cryptoterrestrials - like our aliens - may employ the likes of wigs, make-up, sunglasses and hats, in an effort to try and deflect attention away from their slight differences. A creepy thought, to be sure.

The Bizarre Case of the Professor and the Reanimated Corpse