Earliest Written Record of the F-Word Discovered in Scotland

This is indeed the most interesting F-ing story in ages … even if you’re not Scottish. The word that nearly everyone has used – whether they admit it or not – has just been traced to its F-ing ground zero … the National Library of Scotland. A library? Was it a librarian whispering “Shut the ‘F’ up or I’ll throw your F-ing rear out of here!”?

“It may not make the tourist trail, but in our national library we have the first written f*** in the world. I think that’s something to be proud of.”

Cora Bissett, noted Scottish theater director, playwright, actor and musician, shows her national pride with that statement in an hour-long documentary on the search for the source of the most common and versatile of all expletives. In an ironic link, she and Glasgow University historic linguistics expert Dr. Joanna Kopaczyk inspect a document known as the Bannatyne Manuscript written by Edinburgh merchant George Bannatyne in 1568 while he was in home lock-down during … you guessed it … a plague. 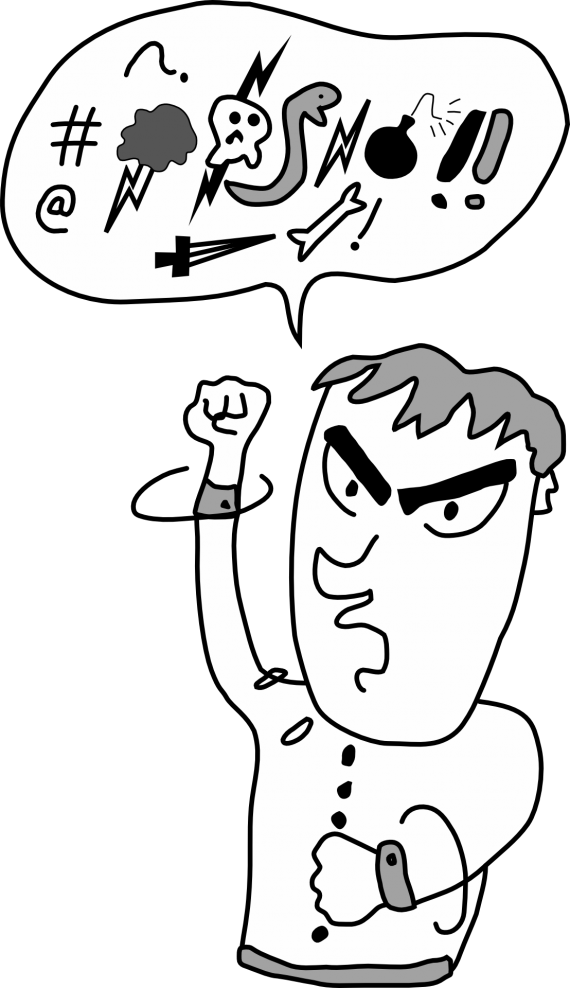 “We are looking at a 500-year-old object. It’s a very precious manuscript and you can see the actual handwriting. In The Flyting Of Dunbar And Kennedy, when Kennedy addresses Dunbar, there is the earliest surviving record of the word ‘f***’ in the world.”

The Bannatyne Manuscript is a collection of around 400 Scottish poems, including “The Flyting Of Dunbar And Kennedy.” “Dunbar” is poet William Dunbar, a 'makar' or royal court poet who was paid to entertain King James IV with original poems ranging in content from religious to comedy. “Kennedy” is Walter Kennedy, a great-grandson of King Robert III and also a makar in the court of King James IV. “Flyting” is a ritual and poetic exchanging of insults --- which sounds civilized but generally meant a swearing contest that quickly devolved to accusations of cowardice and sexual perversion. A later word for this is “slanging.”

According to Dr. Joanna Kopaczyk, this line from the original manuscript was Kennedy claiming Dunbar that was abandoned by his parents. “Funling” means foundling – implying Dunbar was adopted by a couple who had no idea who his real parents were. Not exactly the force of a “Your mama” insult but that wasn’t the part that really showed Kennedy sticking it to Dunbar in this slinging of slurs. “Wan fukkit” (sometimes spelled ‘wanfukkit’) means ‘misbegotten’, implying Dunbar’s real parents weren’t married. As far as the written word goes, this is the earliest known print version of our favorite and – next to ‘a’ and ‘the’ – most used word. 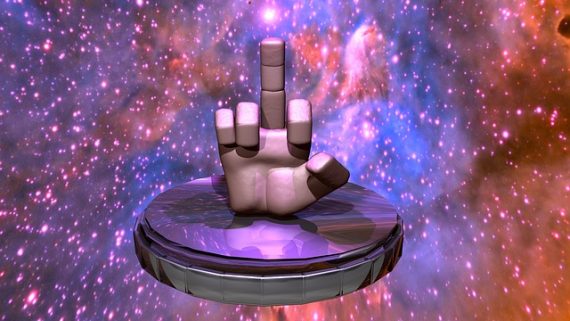 Wait a minute! What about ““Fornicate Under Command of the King” or “For Unlawful Carnal Knowledge”?

Those are urban legends that are easy to remember and fun to say, but have no historical support. A 1310 English court reference to a ‘Roger Fuckebythenavele’ appears to be a nickname that could refer to copulation but could also refer to the man being a dimwit. Other variations could also be misspellings of the word “fulcher” which means “soldier.” It’s often thought that the word is Germanic in origin, coming from words that mean ‘to strike’ or ‘move back and forth’ but a direct written use in the form we know and love to say today hasn’t been found until The Flyting Of Dunbar And Kennedy.

And that the last F-ing thing we’re going to say about it.