First Look Since 1945 at Nazi Concentration Camp in the UK

Few people know that Nazi Germany actually established several concentration camps on British soil which were largely destroyed immediately after World War II. That’s about to change 75 years later as archeologists using ground-penetrating radar are mapping the island of Alderney and bringing the Sylt concentration camp back to its horrific life for all to see.

“Following the 1940 evacuation of the British Channel Island of Alderney, a network of Nazi labour and concentration camps was built on the island to house foreign labourers. Despite investigations led by the British Government immediately after the conclusion of the Second World War, knowledge of the history and architecture of these camps remained limited.” 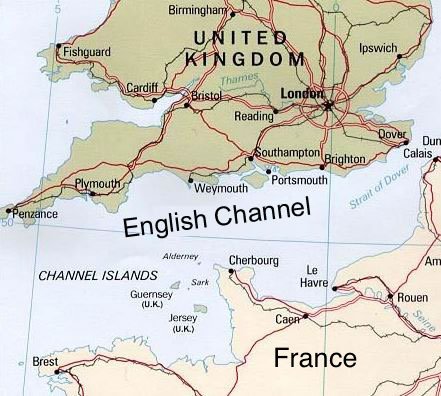 Archaeologists from Staffordshire University, led by Caroline Sturdy Colls, lead author and professor of Conflict Archaeology and Genocide Investigation, report their findings this week in the journal Antiquity. (Full text, photgraphs and radar images here.) Alderney is the most northerly of the Channel Islands and closer to the French coast than England. Its British residents were evacuated in 1940 after the ‘Battle of France’ and the Nazi occupation began just weeks later. It soon became one of the most heavily fortified locations in Western Europe, due in a large part to forced laborers from Eastern Europe. Once that was done, the camps became two concentration camps – Sylt (or Lager Sylt) and another -- for the duration of the war.

Nazi records recovered after the war said that only 103 people died at Sylt of "faulty circulation" or "heart failure" and the Germans destroyed as much as they could before fleeing. While 1945 investigations by the British found ample evidence of massive atrocities at Sylt, the British government decided publication and prosecutions would hamper recovery efforts and destroyed much of the camps and their records. While the persecutors are dead, their atrocities at Sylt are finally being exposed.

The new research found the camp had five structures for SS soldiers, two for the Commandant and 21 for the prisoners. The barracks, about the size of half of a basketball court, held as many as 150 workers who had less than 1.5 square meters (16 square feet) of space for each person, which contributed to an outbreak of typhus that may have killed up to 200 people. The total number of deaths in the camp was at least 700, with many more dying while traveling to or from the island.

Needless to say, the Nazis at Sylt had it better.

“One of the new finds at the site of the death camp, which was run by the Schutzstaffel (SS) from 1943, was a tunnel from the soldiers' bathhouse, below the barbed wire fence and into a villa outside of the camp. It connected to the villa of the camp's Commandant and this well-lit passage is thought to have been regularly used by the German occupiers. Archaeologists are unsure of its exact purpose but say it may have been used to sneak in women for a brothel.” 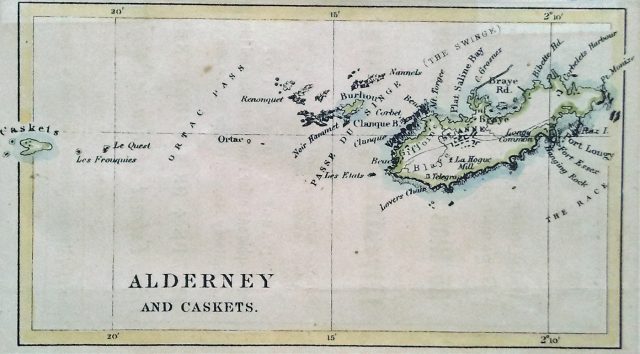 The researchers found that Sylt “possessed many of the physical characteristics and operational traits of other SS camps in Europe.” By attempting to reconstruct the entire history of the camp, they “recorded consistencies and changes in the way that the camp functioned between the OT and SS periods, challenging the ‘official’ narrative by demonstrating that Sylt's inmates consistently faced terrible living and working conditions.” While the researchers hope that their 3D models and new discoveries while convince the British government to preserve the island, they fear the worst.

“The future of Sylt remains uncertain. Although some members of the local government and community are enthusiastic about developing it into a memorial, there is also fear that this focus on slave labour will show the island in a negative light.”

Really? The phrase “Never forget” gets bandied about quite frequently these days, but no events deserve it more than the Holocaust and other Nazi atrocities. Do the right thing. Preserve their history and memory. Do not condemn us to their repetition.