Volunteers from Kesongo hamlet of Kepuh village in Central Java’s Sukoharjo regency are dressing up as ghosts in order to encourage locals to stay home in hopes of flattening the curve during the coronavirus lockdown. While people dressing up as ghosts looks more like Halloween night, villagers are taking it quite seriously as it is part of an ancient legend. In fact, these “ghosts” are actually called pocong in the Indonesian legend. The pocong (or shroud ghost) is believed to be the soul of a deceased person who is trapped in its shroud – the burial cloth used to wrap those who have passed away.

“The pocong is not to scare residents; instead, we want to educate residents on the fact that coronavirus causes death. It is a shock therapy, as people usually [pay more attention] to anything related to death,” explained Anjar Panca who is the keeper of Kesongo’s Al Himmah mosque.

From 8 p.m. until midnight every night, these pocong guards would be situated at the entrance gate to the hamlet in order to make sure that the locals are obeying the restrictions of social gatherings put in place by the government. They would even ask everyone going into the hamlet to provide some identification and they would be asked the reason for their visit. And so far, people seem to be following the orders. “During the past three days, no residents were seen going out at night. Apparently, they're scared of the fake ghost,” Anjar stated. Pictures of these “ghosts” can be seen here.

Local officials in Galang village, Welak district of West Manggarai regency in East Nusa Tenggara are also using myths and folklore to hopefully encourage people to stay inside. Village head Marianus Samsung told The Jakarta Post, “One way to keep them from going out during the COVID-19 pandemic is resorting to kating (scaring people) with myth or local folklore. Our ancestors used to do it to scare children to prevent them from going out at night.” Samsung went on to say, “If the government’s calls [for physical distancing] are ignored, we will use kating.” 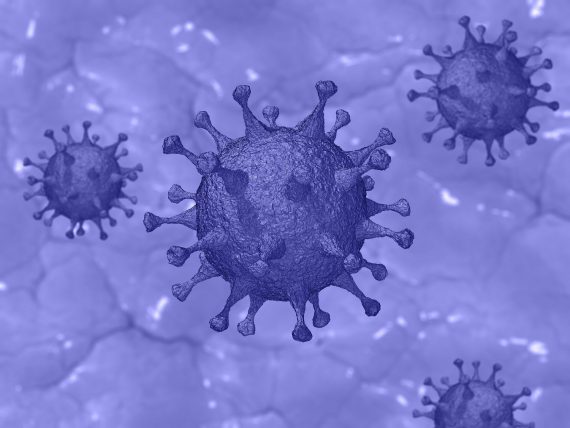 What may look even more unusual than ghosts patrolling the town is that traffic police officers in Mojokerto regency of East Java are wearing helmets that look like a large virus cell while they disinfect vehicles and educate residents on preventative measures against contacting coronavirus. Some of their tips included, “Stay alert, but don't panic. Keep a distance and stay out of crowds,” according to Comr. David who is the deputy head of Mojokerto Police. In regards to their odd looking virus helmets, he said that they made them so that “people would become more aware of the danger the virus poses.”

The most recent numbers indicate that a total of 4,557 people in Indonesia have been infected with coronavirus with 399 deaths and 380 recoveries. While “ghosts” patrolling the town and police wearing helmets that resemble a large virus cell may look a little unusual, if it works, keep doing it.