Have You Seen a Strange String of UFOs in the Night Sky Recently? You Aren’t Alone

Here's a question for all you stargazers out there: what can you see passing through the sky at night that resemble stars or satellites, but all moving in a row?

Many people have been asking this question recently, in light of unusual sightings of things in the night sky seen in a variety of locations across the globe.

One such report was shared with me by a pilot back in November, who gave the following description of an unusual looking string of lights he observed in the sky:

"Earlier this evening, at 35,000 feet and 2300z/7 pm Atlantic Standard time, I and my copilot saw a string of lights, high enough to be single points and not resolvable into objects, all irregularly strung out but in a perfect line and all with constant distances, covering in distance maybe 1/8 to 1/6 the arc of the sky, moving from roughly 335 degrees to 155 degrees on the compass and visible for 20-30 seconds. 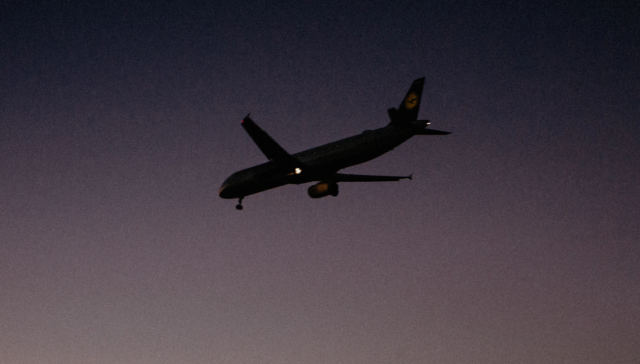 "At the time we were near 23N, 74W or roughly due south of San Salvador island," he recalled.

The time of the sighting was just after sundown, and the pilot (who requested that his name not be used) and his co-pilot observed the moon rising east of them.

"All told there were probably 15-20 points strung out irregularly but in a perfect line, with no ionization trails or burning visible."

The pilot was perplexed by what they had seen and was unable to recall observing anything similar in the past. He also explained that he was familiar with the sorts of things common to the night sky on any clear night, which ranges from meteors to commercial satellites.

"I've seen a lot of meteors up here as most of my flying is at night, and these were not meteors. I checked my satellite tracking app on my phone, but it showed nothing."

So what were the objects these pilots observed in the sky while flying near San Salvador Island back in November?

Recent reports indicate that similar observations have continued into 2020, particularly by witnesses in the southwest from states like California, to as far south Mexico. General descriptions given liken the objects to a "strange row of lights" seen passing through the night sky, usually just after sundown.

Although the pilot who contacted me in November was unsure of what the objects were that he and his co-pilot observed, he did have one idea about what could account for the lights they saw.

"I assume this is a string of low earth orbit satellites, or space junk," he wrote to me, "but I honestly have no idea where to start."

This is an excellent guess, especially on account of the fact SpaceX had just launched a series of satellites into space around the same time of the San Salvador sighting.

According to Gizmodo, "SpaceX launched 60 satellites into orbit back in May and another 60 in November 11 as part of the Starlink satellite constellation, meant to increase satellite internet access."

The satellites, according to Ryan F. Mandelbaum in his Gizmodo piece, "are also producing bright trains of lights across the sky, stoking UFO fears for those unaware of the satellites and distracting astronomers."

Although the deployment of these satellites may increase the availability of satellite internet in some locales, not everyone is thrilled about SpaceX's new project. Many astronomers worry that having a "night train" of satellites drifting through the sky poses the risk of "obscuring our natural view of the cosmos," as well as causing interference with "important astronomical observations," George Dvorsky writes.

Will SpaceX's Starlink satellites prove to be beneficial in the long run, or simply a nuisance to astronomers and night sky "purists"? Although this remains to be seen, what's for certain is that the Starlink array will become a common sight in the years to come for anyone who spends enough time looking at the night sky.