Comets are the favorite space objects of many people for a variety of reasons. There’s the tail, of course, which can sometimes be seen with the naked eye and stays in the sky much longer than meteors. There’s the fact that they orbit the Sun, albeit in extremely long orbits, which means they’ve been seen and recorded many times throughout history, giving us a connection with our ancient ancestors. This return factor inspires us to give them memorable names, like Halley’s, Hale-Bopp, Kohoutek and others. However, all of these pale in comparison to the first known interstellar comet to visit our solar system -- 2I/Borisov. (ʻOumuamua is interstellar but not yet confirmed to be comet, asteroid or something else.) This week, 2I/Borisov pushed its way to the top of many “favorite comets” list with NASA’s revelation that its make-up is like none ever seen and that mysterious chemical composition may help pinpoint where it came from.

“Whatever the answer is, 2I/Borisov opens up a whole new can of worms for cometary science.”

It’s comforting to know that even scientists and astronomers can’t come up with a better metaphor than the proverbial can of worms to describe the messy composition of 2I/Borisov. In a statement announcing the release of a new study on 2I/Borisov published this week in the journal Nature Astronomy, planetary scientist Stephanie Milam tries to describe what astronomers saw using the Atacama Large Millimeter/submillimeter Array (ALMA) as 2I/Borisov made its close pass by the Sun and its ice began vaporizing. The gas had a greater concentration of carbon monoxide (CO) than they expected -- between nine and 26 times higher than that of the average solar system comet … a concentration described as “off the charts.” Cometary scientists like Martin Cordiner struggled to explain why this might be.

“One idea is that 2I/Borisov could be a fragment of a dwarf planet that had a lot of carbon monoxide near its surface. “If that object collided with another, then the carbon monoxide-rich fragments could be released into space,” said Cordiner.”

“Or, perhaps it has a thick, thermally insulating outer layer that’s keeping gases like hydrogen cyanide and water frozen, while the more volatile carbon monoxide outgasses and appears more abundant relative to the other gases that make up comets.”

In a concurrent study of 2I/Borisov using the Hubble telescope, scientist Dennis Bodewits of Auburn University speculates that CO means a red dwarf star – generally small and cold – could have a giant planet covered with CO that is breaking apart and flinging CO-covered space rocks around the galaxy.

“If a Jupiter-sized planet migrates inward, it could kick out a lot of these comets.” 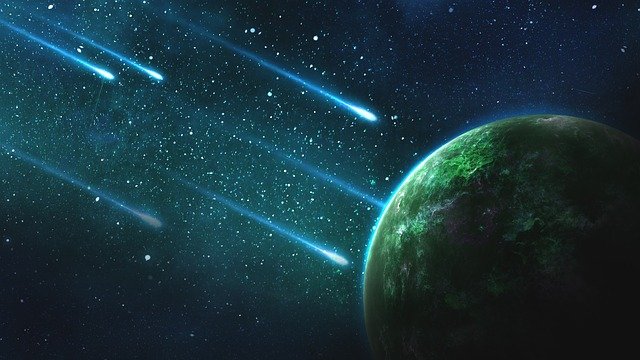 Obviously, this can has more worms than expected. Will we ever see 2I/Borisov again so astronomers can get more questions answered? That’s highly unlikely, especially since it appears to be breaking apart. It’s only the second interstellar space object ever identified. While astronomers expect to see more now that they know what to look for and will have more powerful telescopes at their disposal, it will still be an extremely rare event, as Martin Cordiner points out.

“Our solar system is so tiny compared to the distances between star systems. For an interstellar comet to come in and hit the bullseye like Borisov did is incredible.”

Incredible enough to keep it high on your “favorite comets” list.

The Loch Ness Monsters: Are They Mainly Nocturnal?