Men in Black and The Hat Man: One and the Same or Not?

In relation to the title of this article, the whole thing is steeped in controversy. Are the Men in Black and the Hat Man one and the same? Well, before we get to the matter of the question, let us first take a look at the two mysteries. We'll begin with the Hat Man. Basically, it's a human-looking entity - very often seen as a shadow - that dresses in black and wears an old-style fedora hat. Heidi Hollis, an acknowledged expert on the Hat Man controversy says: "Victims worldwide have reported seeing this man peering into their homes, their bedrooms, their cribs, their cars, their lives and even-into their souls! It starts with the feeling of not being alone, only to look to the foot of your bed and find that you were right. There's a stranger in your room and you know that you see him, worst of all, you know that he sees you, too! You try to scream or run, only to find that you are paralyzed! Terror then reaches new levels as he approaches you, leans within inches of your face and lets you know that he is indeed-your worst nightmare!"

As for the Men in Black, the phenomenon largely began in the early 1950s. That was when a UFO researcher named Albert Bender (of Bridgeport, Connecticut) received a chilling visit from the MIB, who warned him to quit Ufology. Or else. Bender's MIB were not the Tommy Lee Jones/Will Smith type, however. Rather, they were pale-faced ghouls with shining eyes. They communicated by telepathy and plunged Bender into states of hysteria, ill health, paranoia, and terror. And, just like the Hat Man, they typically surfaced at night and wore fedoras. So, it's easy to understand why some researchers of these enigmas suspect there may be a connection. Admittedly, though, even with all of the data on file it's tough to say for sure. Personally, I think there is a link - even if we don't fully understand what that connection might be. 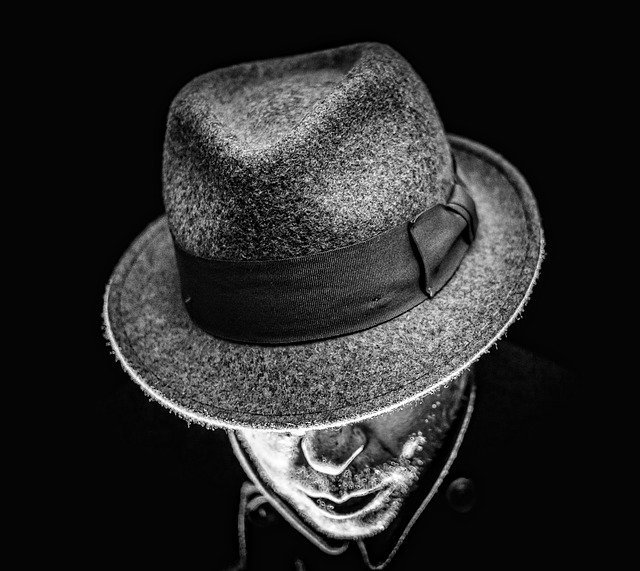 On the other hand, though, some have suggested that there just aren't enough parallels to make a conclusive link. A few years ago, author Jason Offutt wrote an excellent paper for me on his research into the MIB and the Hat Man. It appears in my 2015 book, Men in Black: Personal Stories & Eerie Adventures. In part, Jason wrote in his article: "A dark figure lurks in the shadows, watching. Something about him is out of place. The Humphrey Bogart suit? The dark obscured features? Or maybe it’s the hat. Not a ball cap, not a driving cap, but a fedora. This figure looks like it stepped from a 1940s detective magazine. Then it raises a hand, or takes a step; its movements awkward, exaggerated. Something is wrong with this man – dangerously wrong. This description, of a man in an out-of-date suit wearing an out-of-date hat, is common in the paranormal field, stretching across the line of the UFO-fixated Men in Black, and the darker, more shadowy Hat Man." 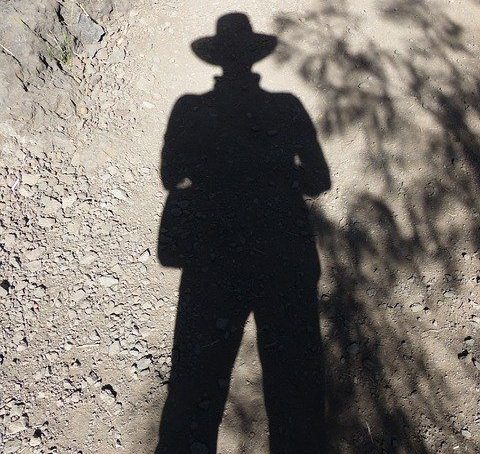 Whatever the answer to this creepy riddle, it's likely that the MIB and the Hat Man will continue to terrorize people in the dead of night.

The Mysterious and Sinister Hunger Stones of Europe