Monsters of the Real-Life Kind

"Giant squid live up to their name: the largest giant squid ever recorded by scientists was almost 43 feet (13 meters) long, and may have weighed nearly a ton. You’d think such a huge animal wouldn't be hard to miss. But because the ocean is vast and giant squid live deep underwater, they remain elusive and are rarely seen: most of what we know comes from dead carcasses that floated to the surface and were found by fishermen." Those are the insightful words of the Smithsonian, who have a longstanding interest in giant squids, as will very quickly become obvious. And the employees of the Smithsonian are not alone.

Marine Bio say: "In 1965, a Soviet whaler watched a battle between a squid and a 40 ton sperm whale. In the case of this battle, neither was victorious. The strangled whale was found floating in the sea with the squid’s tentacles wrapped around the whale’s throat. The squid’s severed head was found in the whale’s stomach. In the 1930’s a ship owned by the royal Norwegian Navy called the Brunswick was attacked at least three times by the giant squid. In each case the attack was deliberate as the squid would pull along side of the ship, pace it, then suddenly turn, run into the ship and wrap its tentacles around the hull. The encounters were fatal for the squid as its grip on the ship’s steel surface would come loose, and the animal slid off and fell into the ship’s propellers." 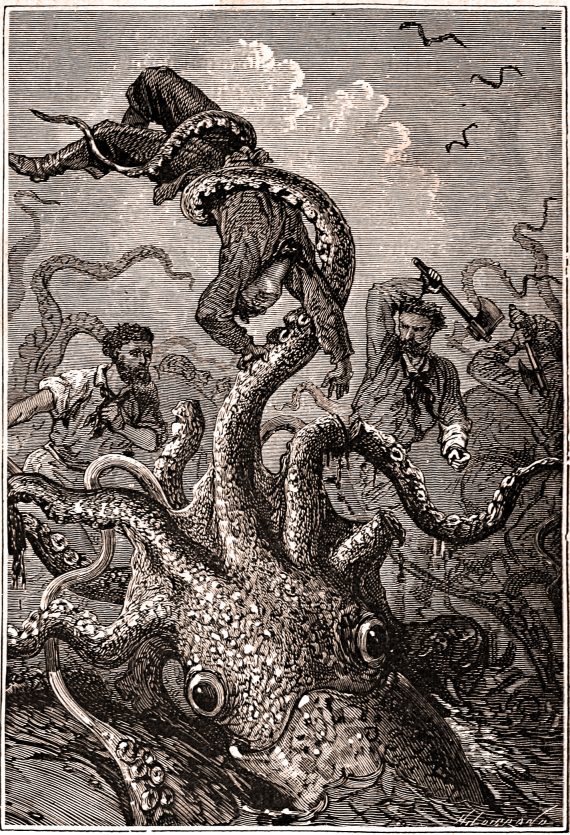 The staff of the Museum of UnNatural Mystery have a story to tell, too: "One night during World War II a British Admiralty trawler was lying off the Maldives Islands in the Indian Ocean. One of the crew, A.G. Starkey, was up on deck, alone, late at night fishing, when he saw something in the water. ‘As I gazed, fascinated, a circle of green light glowed in my area of illumination. This green unwinking orb I suddenly realized was an eye. The surface of the water undulated with some strange disturbance. Gradually I realized that I was gazing at almost point-blank range at a huge squid.’ Starkey walked the length of the ship finding the tail at one end and the tentacles at the other. The ship was over one hundred and seventy five feet long."

Now, let’s look at the insightful research of Henry Lee, as it relates to the matter of giant, dangerous squid. As someone who had a deep interest in the field of giant squid, Henry Lee collected a huge body of data on the subject – which, combined, led him to believe that there were some true monsters swimming and living deep in the waters of our world; monsters much bigger than had previously ever been recorded. Lee said: "In the American Journal of Science and Arts, of March 1875, Professor Verrill gives particulars and authenticated testimony of several other examples of great calamaries, varying in total length from 30 feet to 52 feet, which have been taken in the neighborhood of Newfoundland since the year 1870. One of these was found floating, apparently dead, near the Grand Banks in October 1871, by Captain Campbell, of the schooner B. D. Hoskins, of Gloucester, Mass. It was taken on board, and part of it used for bait. The body is stated to have been 15 feet long, and thepedal or shorter arms between 9 feet and 10 feet. The beak was forwarded to the Smithsonian Institution." 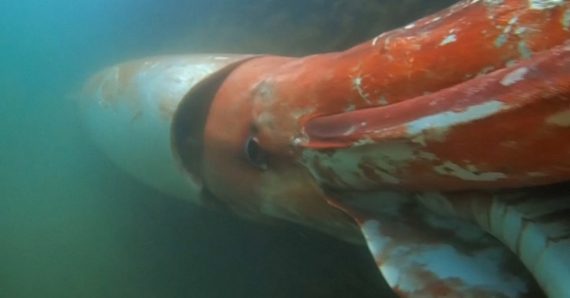 Lee had barely begun: "Another instance given by Professor Verrill is of a great squid found alive in shallow water in Coomb's Cove, Fortune Bay, in the year 1872. Its measurements, taken by the Hon. T. R. Bennett, of English Harbor, Newfoundland, were, length of body 10 feet; length of tentacle 42 feet; length of one of the ordinary arms 6 feet: the cups on the tentacles were serrated. Professor Verrill also mentions a pair of jaws and two suckers in the Smithsonian Institution, as having been received from the Rev. A. Munn, with a statement that they were taken from a calamari which went ashore in Bonavista Bay, and which measured 32 feet in total length."

The Bizarre Vanishing of a West Point Military Cadet