Mysterious Hums Are Heard in Many Argentine Cities

Did you hear that hum? If you live in Argentina, there’s a good chance you did and it’s not coming from friends practicing their tango alone while observing social distancing. A mysterious loud hum has been persistently heard in this South American country for years, but the latest reports say it’s occurring more frequently and getting louder – loud enough to disturb dogs and other animals. What it’s not disturbing is government officials, who grab on to any kind of physical or meteorological theory, while citizens around the country shake their heads and say the Argentine equivalent of “WTF?”

“Yes indeed, mainly we've been following it since the 24th of March, last month, when the first case occurred coincidentally here in the city of La Plata, and from there it extended to other cities and provinces, bringing it right up to tonight, this very morning, marking 32 consecutive nights of Hum sounds in various locations in Argentina. Sometimes in isolation, sometimes persistently, in the eighteen provinces that make up our nation, where the phenomenon has been reported.”

In an April 25th interview with Urbanos en la Red (transcribed on the website Inexplicata), Luis Burgos – a Ufologist who heads the Fundacion Argentina de Ovnilogia (FAO) and Investigadores de Campo OVNI Unidos (ICOU) – describes the latest cacophony of sounds being heard across Argentina for 32 (and possibly more) consecutive days. (You can listen to one here.) Burgos says these strange sounds have been tracked in Argentina since 1968 but there have never been this many complaints about a hum or buzz, especially with recordings. This coincides with the coronavirus lockdown and he suggests there could be a connection in certain locations, but points out that they have been heard long before the pandemic.

“Throughout that entire period of 52 years our database held only thirty reports, thirty one cases, which is to say it was very sporadic, once every three years a single evening. So now you have it that on March 24th in the city of La Plata up to last night we've recorded 450 reports throughout virtually the entire country.”

Some of the recent reports are puzzling to Burgos because they occurred in rural provinces - Córdoba, La Pampa, Entre Rios – where it’s never been heard before. Moreover, these areas are far from cities and their noise pollution, and they report that their dogs become agitated at the sound. Could it be a weather phenomenon? Burgos says a scientist from the United States Meteorological Service called it a "sky motorcycle" and linked it to sound waves caused by tectonic plate movements, hot and cold air masses colliding, meteorites, waves crashing against a cliff and other loud events. In other words, it could be anything. Burgos says he prefers hard data and his records show some interesting patterns to the hums -- 80% of them occur in one area which stretches from the Province of Cordoba on the 32nd parallel to the 34th parallel under the Andean region. He also found the hums coming back on multiple subsequent nights. Finally, at least until now, they centered around urban areas. 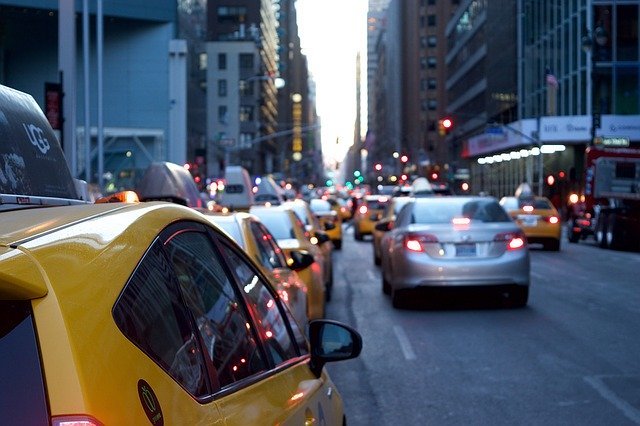 “What I'm trying to say with this is that we have set aside any natural explanation, and disagree with any explanation put forth by science.”

That 'science' includes medicine. Burgos says some people can’t hear the sound, but those who do often experience the feeling that it’s gotten inside of their heads, causing earaches, headaches and dizziness, sometimes to the point that they become unbearable. However, the biggest new discovery in the recent hums is that many of them are accompanied by other phenomena.

“But we were surprised that as The Hum began to emerge from March 24th onward, there was an increase in reports of people seeing lights, dark objects, triangular objects...well, we're now attaching them to the Hum reports, since in recent nights both phenomena appear to be hand in glove.”

UFOs! This seems to be the first linkage between large numbers of strange hums and UFOs. Argentina has long been known for its abundance of UFO sightings (not to mention cattle mutilations, wolfmen, chupacabras and other strange things), so it’s surprising the two have not coincided before. This high concentration of both is worthy of more research, which Burgos promises to continue and appeals to eye- and ear-witnesses to keep sending in their reports to add to his database.

When dealing with the unknown, knowledge is power. Kudos and thanks to Luis Burgos for his lifelong commitment to gathering it and connecting the dots.