When there’s something strange in your neighborhood, who are you gonna call? OK, that’s an easy one. How about if there’s a strange sound, like voices and music, coming from your bedroom wall? Ghostbusters might be a good choice again … unless you happen to recognize the voice. No, a family in Lockport, Illinois, didn’t hear a deceased relative telling them the wall needs painting already … they heard a voice talking about Jesus and playing gospel music. Is St. Peter moonlighting as a DJ to make some extra cash for halo polish?

“There are voices in the wall and I don’t know what it is.”

That’s a good opening line to a horror movie, but it’s actually a real 9-year-old girl describing to a local TV reporter why she won’t sleep in her bedroom anymore. Brianna Smith’s dad, Richard Smith, claims the sounds have been emanating from one particular wall in his home 30 miles south of Chicago for about six years, usually at night and generally loud enough to keep the family awake … or at least to keep his daughter frightened enough that she wakes everyone else up. 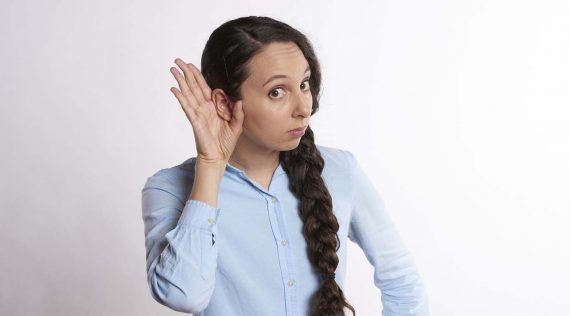 “Voices and music talking about Christ.”

On the Top Ten Signs Your House is Possessed list, the Smith’s home hits a few: strange noises, physical and psychological disturbances, attachment to an object (a wall), bad luck (no one can sleep) and damage to religious symbols – it’s ruined a couple of their favorite church songs by playing them at odd times … in a wall. That’s what one of the police officers heard when they finally filed one of two reports. The cop heard exactly what the Smiths heard, and agreed with their assessment – they were picking up signals from AM 1160 WYLL, a Christian talk station out of Chicago.

"He is praying over someone for healing."

Unfortunately, the minister Richard Smith and the cop heard coming from the wall wasn’t praying that this home be healed of its curse. For one thing, the ‘demon’ in this demonic possession is probably the AM1160 nighttime transmitter facilities and six-tower array located in – you guessed it -- Lockport. Well, if this isn’t a demon one of the WYLL holy hosts can’t exorcise, maybe one of its engineers can. 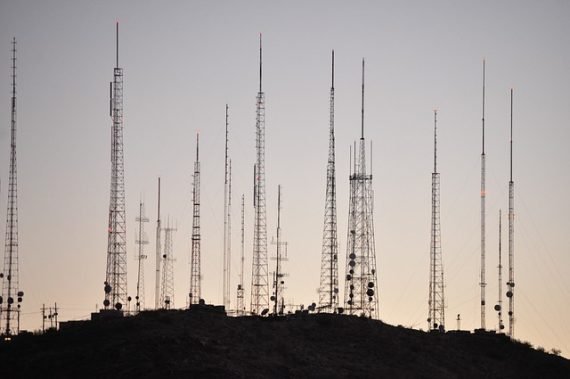 “I got to be honest with you. I don't know what is acting as a speaker. There is nothing I can explain of why you're actually hearing it.”

That’s the explanation from a WYLL engineer. Smith even tried to make the radio exorcism easier by knocking a big hole in the wall, exposing wires and conduit. No luck. Not surprisingly, the FCC had no answers, nor did Salem Media, parent company of WYLL. Another local station, WLS (owned by Cumulus Media) loaned its engineer who offered a more technical diagnosis.

Perhaps hiring a ghostbuster may not be a bad idea. They normally carry EMF meters and might be able to locate the corroded pipe, duct work or stray piece of metal that’s picking up the AM signal – the frequency shouldn’t be this hard to find… after all, the name says it’s 1160 kHz!

Ghost hunters and exorcists will tell you they are more likely to find a normal or physical cause for strange occurrences than a paranormal cause. Is this an electronic vice-versa? Is some kind of entity messing with the Smiths using a religious radio station as its tool?

It could be worse. The Smiths could be Cubs fans with a wall playing White Sox games.

Why I Think Some Lake Monsters Are Thought-Forms