In 1989, a wave of sightings of large triangular aircraft over Belgium had been causing a stir unlike even the best of UFO sightings. Dozens of witnesses claimed to see the massive aircraft as they passed at low altitude over various parts of the country, prompting official interest and, eventually, even an intercept attempt.

Now, Belgian officials say they're receiving nearly as many reports of UFOs as they did during the famous "wave" so many years ago... but this time it isn't giant flying triangles people are seeing.

The Telegraph reports that "Coronavirus and tech tycoon Elon Musk have been blamed for a record number of UFO sightings in Belgium," noting that in the final days of March alone, "more than 50 Belgians in Flanders reported a row of moving lights flying from west to east."

The sightings are, of course, of Elon Musk's Starlink Satellite array, which I reported on here recently at MU.

"I and my copilot saw a string of lights," one observer, a pilot joined at the time by their copilot, reported to me, "high enough to be single points and not resolvable into objects, all irregularly strung out but in a perfect line and all with constant distances, covering in distance maybe 1/8 to 1/6 the arc of the sky, moving from roughly 335 degrees to 155 degrees on the compass and visible for 20-30 seconds."

So yes, Elon Musk is to blame for a lot of UFO sightings right now all over the world, not just in Belgium. But what does coronavirus have to do with all of this?

The Telegraph's angle here is that with so many people stuck at home with shelter in place orders, and even curfews in effect in some communities, more people are at home at night, and many of them are looking up.

The fact that Belgians are seeing unusual things in the skies also has an obvious tie-in with the famous series of events that transpired over the country decades ago, when many people were reporting observations of strange--and very large--slow-moving triangular aircraft.

In the late hours between March 30 and 31, an unidentified aircraft was spotted on radar and tracked by officials, prompting the Belgian Air Force to scramble a pair of F-16 jets to see if they could observe the aircraft. Neither pilot said they saw the craft, and nine separate attempts at interception were unsuccessful, with the pilots reportedly locking their radars onto one another, rather than the object. 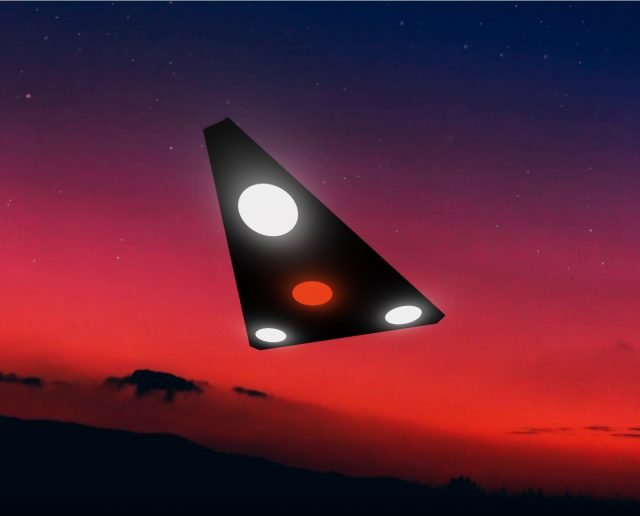 Nonetheless, as many as 143 people would come forward in the weeks that followed, claiming that they had also seen the large aircraft, as well as the F-16s apparently attempting to pursue it.

The incident prompted an unusually receptive response from governments throughout Europe, not just in Belgium. David Clark, Ph.D., a Labour Party spokesman at the time, spoke with the Sunday Express shortly after the sightings, accusing the British Ministery of Defense of dismissing the entire affair.

"They have official recorded information and our view is the MoD is being far too secretive," Clarke said. They ought to be much more open on this issue. If it wasn't a UFO and was a Stealth bomber then we should be told."

Edward Ashpole, author of The UFO Phenomena told the Sunday Express that there had been no known American aircraft in the skies over Belgium at the time and that even had there been, none possess flight capabilities like the purported triangles.

"The sheer volume of eye-witness accounts plus the radar tracking and the air force reports make it hard to ignore," Ashpole said. 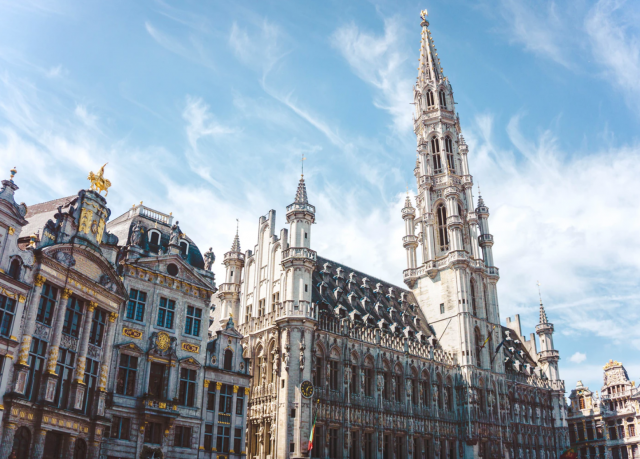 Nowadays, the triangles aren't seen quite so often, although around the same time of the Belgian wave there were numerous similar observations in other parts of the world, especially the United Kingdom and America.

While those sightings remain unexplained, the same can't be said for sightings of Starlink. So for people all over the world who look up at night and see a strange string of "UFOs" passing overhead, no need for worry: this time we can soundly blame Elon Musk, and yes, one might even argue that the current coronavirus pandemic is partly to blame.

Iron-Rich “Cannonball” Exoplanet May Be Shaped Like A Football