In October 2017, an odd-shaped space object was discovered with characteristics unlike any ever seen. It immediately lived up to its unusual name by defying definition, deceiving some into thinking it might be a spaceship and stumping all as to where it came from, let alone how it got here or how it got its cigar shape. Two astronomers have been pondering this space cigar since it lit up our telescopes and think they have the answers to what ‘Oumuamua is, how it formed and why they think there may be trillions … yes, trillions … more objects like it.

"It is really a mystery, but some signs, like its colors and the absence of radio emission, point to 'Oumuamua being a natural object."

Yun Zhang, postdoctoral researcher at the Université Côte d'Azur, co-authored the study – published this week in Nature Astronomy -- of all of the available data on ‘Oumuamua. The origin in another star system, elongated shape and slight rate of acceleration not caused by gravitational forces caused him and co-author Douglas Lin, professor emeritus in the department of astronomy and astrophysics at the University of California, Santa Cruz, to speculate that ‘Oumuamua was once a planet or planetoid that was broken apart with a force that shattered it into odd-shaped pieces and flung them out of their solar system. A model gave them an idea of how this happened.

“Zhang and Lin ran high-resolution computer simulations to model the dynamics of an object closely flying by a star. They found that the star can dramatically split the object, if it comes enough close to the star, into extremely elongated fragments, and then eject them into the interstellar space.” 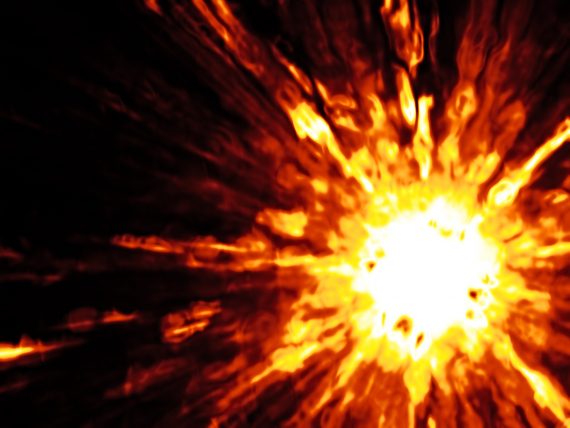 In a press release announcing the study results, Zhang and Lin explain that the model generated some elongated pieces with a greater than a 10-to-1 length-to-width ratio. The fragments may have melted but managed to stay together long enough to cool down again, giving them the same kind of surface as ‘Oumuamua, while trapping moisture inside, allowing them to release a very small vapor trail that could cause a spin like ‘Oumuamua’s. This Icarus-like event caused by space objects as large as planets or as small as disk debris getting too close to a star can explain a lot of space and interstellar objects.

"The discovery of 'Oumuamua implies that the population of rocky interstellar objects is much larger than we previously thought. On average, each planetary system should eject in total about a hundred trillion objects like 'Oumuamua.”

If Carl Sagan were alive today, he’d be saying “trillions and trillions” instead of “billions and billions” as he described what astronomers now expect to see when the Vera C. Rubin Observatory astronomical observatory opens later this year in Chile. The more that look like ‘Oumuamua, the closer this new model will come to fact.

Let’s just hope nothing in our own solar system gets too close to the Sun. Are you listening, Planet X?

A Sinister Haunted Well in a Mysterious Forest in England