This is a holy week for many religions during a worldwide pandemic that has ironically separated and united humanity at the same time. Another event that unified humanity was the first walk on the moon in 1969 by Neil Armstrong and Buzz Aldrin. Few people remember a religious similar unifying event that occurred just a few hours before they opened the door of their module – primarily because NASA made every effort to hide it. That event popped up in the news this week when a small bag Buzz Aldrin carried to the Moon and back came up for auction. No matter your religion or beliefs, let’s take a moment to look back on when Buzz Aldrin brought consecrated bread and wine to the Moon.

RR Auction is auctioning a big collection of space-related items, including Buzz Aldrin’s Personal Preference Kit from the Apollo 11 mission. In the description of the item, Aldrin relates that he consulted with Dean Woodruff, the pastor of Webster Presbyterian Church in Houston (home of Johnson Space Center and Mission Control) about something meaningful he could take with him. Aldrin suggested communion and Woodruff approved, consecrating bread and wine that was placed in sealed packets just like food. He also gave Aldrin a light silver chalice for the wine.

“On July 20, 1969, shortly after landing on the moon, I unpacked the chalice and communion items from the ‘PPK,’ laying them and the scripture reading (John 15:5) on the little table in front of the abort guidance system computer. We did not broadcast the service back to Earth, resulting in the public today being largely unaware of this extraordinary event! Instead, I radioed to Earth: ‘Houston, this is Eagle. This is the LM pilot speaking. I would like to request a few moments of silence. I would like to invite each person listening in, wherever and whomever he may be, to contemplate for a moment the events of the last few hours, and to give thanks in his own individual way.’”

If no one heard it, how do we know it really happened? A letter from Charles M. Duke Jr. who was the spacecraft communicator on the ground (CAPCOM) and also walked on the Moon during Apollo 16, confirms that Mission Control heard Aldrin’s words and that this is the actual Lunar Module Personal Preference Kit used. The confirming documents include photographs of Aldrin and Duke holding the PPK and a photo of the original silver chalice (see it here). The supporting material is in a “handsome soft leather Apollo 11 folio.” 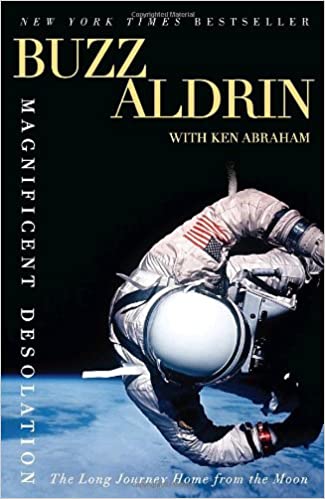 So, why have so few heard of this event? In Aldrin’s 2009 book, Magnificent Desolation, he explains the reasons:

“I wanted to do something positive for the world, so the spiritual aspect appealed greatly to me, but NASA was still smarting from a lawsuit filed by atheist Madalyn Murray O’Hair after the Apollo 8 astronauts read from the biblical creation account in Genesis. O’Hair contended this was a violation of the constitutional separation of church and state. Although O’Hair’s views did not represent mainstream America at that time, her lawsuit was a nuisance and a distraction that NASA preferred to live without.”

Don’t blame Buzz. Aldrin states that he and Armstrong came to the Moon “in the name of all mankind — be they Christians, Jews, Muslims, animists, agnostics, or atheists,” but he couldn’t think of a symbolic gesture that would somehow include everyone. While the actual ceremony was blacked out, the Associated Press reported in one dispatch that day of Aldrin carrying the communion and wine with him. He later wrote about it in his books, but the event is still not well known.

So, do you want a piece of history from the first communion service on the Moon? The auction site can be accessed here and the event will take place on April 16. Bidding starts at $50,000 and the estimated value of the PPK is between $250,000 and $300,000.

To the bank and beyond!