The saga of the Navy UFO videos, which began in 2017, has been a long, strange, and sort of boring. Which is weird, considering this is a tale of the United States military acknowledging the existence of unidentified flying objects—sorry, aerial phenomena. Since the three UFO videos were leaked in 2017, it has been a slow grind of half-hearted attempts of obfuscation on the part of the military followed, inevitably, by the acknowledgment that these videos are real and do show something unidentified. In other words, it's been three years of confirming what everyone already knew. Maybe that's being a bit jaded. Another way to say it is that it's been a long stretch with the military repeatedly saying that UFOs are real after the dude from Blink-182 leaked their videos. Right, sorry, that's not boring, it's absurd. In September of last year, the Navy acknowledged that the videos were real and did show UAPs (unidentified aerial phenomena, the military's preferred terminology because they just have to be different). Now the Pentagon is formally releasing the videos after determining that they do not show any secret military tech.

The three videos show grainy footage of two separate incidents of something flying at high speeds which the cameras struggle to track. The first, filmed in 2004, is the famous "tic-tac" UFO seen by Commander David Fraver of the USS Nimitz. The second incident was captured by two pilots in 2015 and shows another UAP rotating in mid-air. According to Pentagon spokesperson Sue Gough, the Pentagon has released the videos to "clear up any misconceptions" about whether they are real and whether there is anything more to them. That's beautiful bureaucratic language, isn't it? We've got things flying around at impossible speeds, spinning, all sorts of weird stuff, and this is how you clear up "any misconceptions."  In a statement, the Department of Defense writes:

“After a thorough review, the department has determined that the authorized release of these unclassified videos does not reveal any sensitive capabilities or systems, and does not impinge on any subsequent investigations of military air space incursions by unidentified aerial phenomena.

The aerial phenomena observed in the videos remain characterized as "unidentified."

Unfortunately, it seems this might have done the opposite of clearing things up. For one, if these videos don't show any sensitive capabilities or systems, then that seems to imply that these things aren't secret military tech that these pilots just weren't privy to. And nothing in the release of these videos seems to give any indication of what these UAP might be or what anyone thinks they might be.

Former Democratic Senate majority leader Harry Reid, who was instrumental in securing the funding for the Pentagon's not-so-secret UFO programs AATIP and AAWSAP tweeted his response to the videos' release. Reid wrote:

I’m glad the Pentagon is finally releasing this footage, but it only scratches the surface of research and materials available. The U.S. needs to take a serious, scientific look at this and any potential national security implications. The American people deserve to be informed. 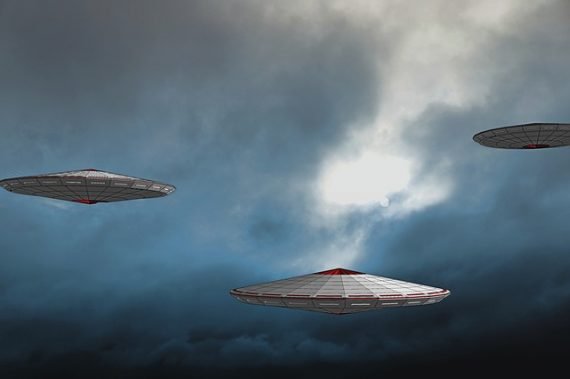 So at the end of the day have we learned anything new? Not really. But it is a direct confirmation that the videos are real, do not show any classified military tech, and that the objects remain "unidentified." There's nothing about aliens, fae-folk, or sky-captain Bigfoot in the release of the videos, and if the military does know whether or not Bigfoot is tooling around our skies posing a threat to the national security of the United States, they ain't telling. For now, the only conclusion is that the videos are real and we still have no idea what UFOs are.

Should An Alleged Saucer Spotted in Antarctica Get Tic Tac UFO Attention?