Psychedelic Compound From Magic Mushrooms Can Be Produced in Yeast

Because of the coronavirus lockdown, there are people sitting at home making bread for the first time and learning about the wonders of yeast. There are other people sitting at home wishing they had stocked up on magic mushrooms (where they’re legal, of course). Perhaps they should get together – at a safe distance, of course. Why? A new study finds that good old yeast (preferably fresh, of course, but yeast does last a long time) is an excellent starter (this is beginning to sound like sourdough bread making) for the growth of psilocybin (the active psychedelic ingredient in magic mushrooms) “de novo” – i.e., outside the mushroom box. Is it time to skip the bread and call your neighbor who’s been blasting “Jefferson Airplane” songs for the past few weeks while he stares sadly out of his window at the garden?

“It’s infeasible and way too expensive to extract psilocybin from magic mushrooms and the best chemical synthesis methods require expensive and difficult to source starting substrates. Thus, there is a need to bring down the cost of production and to provide a more consistent supply chain.”

In a press release from DTU Biostain (The Novo Nordisk Foundation Center for Biosustainability at Technical University of Denmark) announcing the results of their study, Nick Milne, lead author of the study published this week in the journal Metabolic Engineering, points out why a chemical version of psilocybin, whose list of benefits grows as regulations on testing it are relaxed, is not feasible. Last year, a different study showed how the bacteria E. coli – the intestinal bacteria that can cause serious food poisoning, can also be utilized to consume a modified form of mushroom DNA and poop out psilocybin molecules. Gross? Yes. Effective? On a very small scale. Dangerous? It’s E. coli. There’s got to be another way.

Bring out the baker’s yeast!

“Since yeast and Psilocybe mushrooms are quite closely related species, this enzyme works very well in yeast, providing a much more cost-efficient alternative.”

“What we find in the study is that we get a lot of this non-phosphorylated compound psilocin. Essentially, we are losing half of our product because the phosphate group falls off. Dealing with this high amount of psilocin is something that absolutely needs to be solved before realistically moving to a production process.”

While the researchers created high concentrations of psilocybin using baker’s yeast (Saccharomyces cerevisiae), they also created psilocin, the non-phosphorylated counterpart of psilocybin which is also a Schedule I drug but has highly variable mind-altering effects, more like LSD and DMT. To fix the issue, a lot more metabolic engineering needs to be done. Fortunately, there’s something in fungi and bacteria (but not in humans or animals) called the shikimate pathway, which is a 7-step metabolic process for using biosynthesis to create essential amino acids instead of having to consume them. The shikimate pathway is well-studied and easy to manipulate, so the new psilocybin fork in the path won’t be as difficult to develop as it will be to get governments to allow this kind of research to continue. 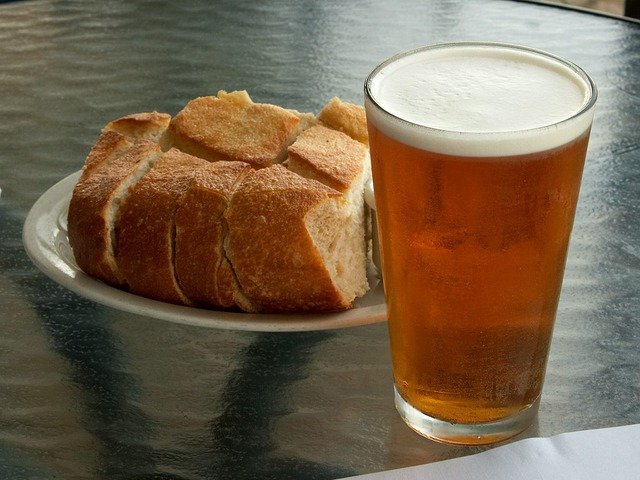 If it helps strengthen their case, the researchers point out that this de novo production of psilocybin produces other psilocybin derivatives which can also have therapeutic benefits. It all adds up to yeast another big accomplishment for the tiny fungus that has been around for eons … yeast.

And “The Shikimate Pathway” would be a great name for a psychedelic band.

Monsters Lurking in and Around Ancient Castles