The Parapsychological Association states: "J B Rhine (Joseph Banks Rhine) is widely considered to be the 'Father of Modern Parapsychology." Along with his wife Dr Louisa E. Rhine, Dr J B Rhine studied the phenomena now known as parapsychology at Duke University in Durham, North Carolina. J B Rhine collaborated with Professor William McDougall who served as the Chairman of the Department of Psychology. Dr. J B Rhine coined the term 'extrasensory perception' (ESP) to describe the apparent ability of some people to acquire information without the use of the known (five) senses). He also adopted the term 'parapsychology' to distinguish his interests from mainstream psychology."

The PSI Encyclopedia provides additional data on Rhine: "Throughout his career, Rhine was in great demand as a speaker and was a prolific correspondent. The Parapsychology Laboratory Records at the Rubenstein Library at Duke University contain thousands of letters he wrote during his lifetime, exchanging with colleagues detailed specifics of his work and methods, as well as responses to individuals, however humble, who sent accounts of their psychic experiences and prophetic dreams. He corresponded with such notables as Carl Jung, Upton Sinclair, Charlie Chaplin, and Aldous and Julian Huxley. Rhine authored and co-authored several books and dozens of articles that appeared in professional journals as well as in the popular press."

One of the strangest aspects of Rhine's work and research took place in the early 1950s. That was when the U.S. Army quietly approached Rhine to see if he could provide assistance on a particular, important project. It all began in January 1952. That was when Rhine received a phone call, from a source within the U.S. Army, that was quite unlike any other. It was explained to him that the Army was interested in trying to determine if psychic phenomena could be used on the battlefield. Specifically, the military wanted to know if dogs might be able to use ESP to find landmines. And, if so, would Rhine be interested in getting involved? Yes, Rhine was interested. He was both intrigued and excited, too. He agreed to see what he could do to help the U.S. government. It was approximately one month after being contacted that Rhine was fully on-board.

The program operated from the Army's Fort Belvoir base. It was at the base that Rhine was introduced to the two key players in the story. They were Tessie and Binnie: a pair of German shepherd dogs. The Army had heard of research that suggested dogs possessed psychic skills. So, feeling that there was nothing to lose, the Army decided to go ahead. Although Fort Belvoir was the place from where the work was coordinated, the actual tests took place on stretches of quiet California beaches. A contingent of soldiers, Rhine, Binnie and Tessie hit the beach and the work began. The role of the troops was to bury dummy mines (thankfully!) at varying depths in the sand and to see if the dogs could locate them. To begin with, both dogs were kept in the back of a covered, military truck - to ensure that they couldn't see what was going on at that same stretch of beach. That is, until it was time for the operations to begin. 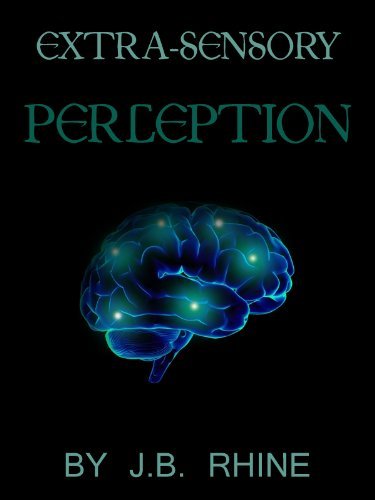 Incredibly, it didn't take Binnie and Tessie long to find the fake mines. The work progressed and the military was impressed. But, was it all coincidence and random luck? To ensure that wasn't the case, the Army began to make it more and more difficult for Tessie and Binnie to find the mines. Instead of just burying the bogus mines deep in the sand, they took the devices into the water - to depths of about six or seven feet - and had the pair try and find them. They succeeded. The dogs raced into the ocean water, dived below, then surfaced, barking excitedly when they found the mines. It was the water-based experiments that impressed the military most of all. Rhine told the Army: "There is at least no known way in which the dogs could have located the underwater mines except by extrasensory perception." The research and work continued for a while, but was eventually replaced by far more down to earth ways and means to find mines. For Tessie and Binnie, it was all great fun, splashing around in the California waves. They would never know the important role they played for the U.S. government.

(Note: dogs pictured in the article are not Tessie & Binnie.)

The Mysterious Death of Duane Allman, Coincidences, and a Pact with God