When one buys a haunted house or property, one expects to have to deal with the ghosts at some point … in fact, that may be one’s reason for buying said property. A buyer may even choose to live in the haunted property, with the understanding that they can leave if things get scary. That was probably the plan Brent Underwood had when he bought the haunted ghost town of Cerro Gordo on the ominous date of Friday the 13th, 2018. What Underwood didn’t plan on was the coronavirus quarantine of 2020 – a quarantine that has him locked alone in his haunted ghost town until further notice. How’s that working out for you, Brent?

“Things are moving around, I’m seeing curtains move, I’m hearing things in the night. There’s no draft, but things drop inside of houses.”

That’s just the beginning of the quarantine saga of Brent Underwood. The things moving and making noise are probably ghosts of people murdered in Cerro Gordo, which at one time averaged a killing a week. Located on the western slope of the Inyo Mountains about 220 miles due north of Los Angeles, the town was founded shortly after Pablo Flores discovered silver there in 1865. In just four years, the Cerro Gordo (means “fat hill”) mines were the state’s largest producers of silver and lead. Like other boomtowns far away from civilized society and populated primarily by greedy miners and the greedy people trying to take advantage of them, Cerro Gordo had its share of Wild West-style crimes and murders. 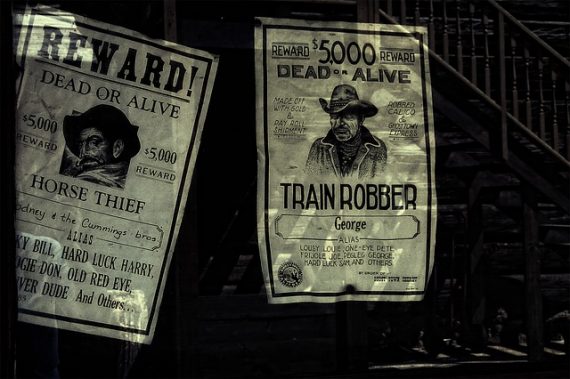 “A TV show called “Ghost Adventures” once investigated the town and found that it was haunted by the ghosts of two children who died after being trapped in a closet.”

These two ghosts, reported by the New York Post, may have been the result of fires in 1877 due to drought, neglect and carelessness as the water and the minerals disappeared along with money as the price of silver and lead dropped substantially. The town came back for a while in the early 1900s when zinc was discovered, but by the late 1930s, Cerro Gordo was the 22-building ghost town Underwood fell in love with. (Photos here.) Those buildings include the Belshaw House, the Bunkhouse, the old American Hotel (all with rooms for rent) and the remains of the Union Mine, equipment, and kilns. They were in good enough shape that Underwood and his partners bought it in 2018 for $1.4 million, spent about $1 million in restorations and retained the caretaker, Robert Desmarais. Did Desmarais have a vision of what was about to happen?

“When the scope of the coronavirus pandemic became clear, Underwood agreed to take over duties for a week while Desmarais checked in on his wife in Arizona. But that was about a month ago.”

Underwood arrived on a warm spring day -- “When I first got out here, I was in a T-shirt and enjoying myself” – only to get hit with snow for four days straight, burying him under five feet of the cold white stuff. While he has  snowshoes, the nearest tiny town is 7 miles away down a steep hill and the nearest grocery store is in another town 26 miles away. Neither are ghost towns – well, they weren’t until the coronavirus hit. For now, he’s stuck with canned tuna, rice … and ghosts.

“I stay in the room with the child ghosts. but I have yet to see them.”

However, he’s seen curtains move, a light in the bunkhouse keeps turning on, and his wallet disappeared for two days … only to reappear in the town hotel.

“That was a bit freaky. For the most part, I leave the ghosts alone and they leave me alone. I try to respect their space.” 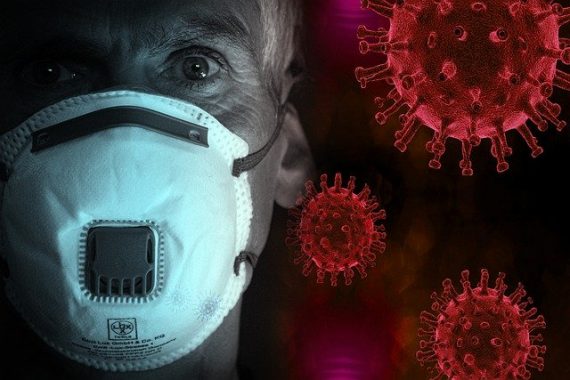 There’s one more benefit to being in Cerro Gordo – no coronavirus. While there’s been one confirmed case of a person getting COVID-19 from an infected corpse, there’s been no reports of ghost-to-human transfers. In fact, perhaps Cerro Gordo has some sort of immunity.

“It’s been through many pandemics and it’s still standing.”

Better get ready for an invasion of masked people, Brent!