Anyone who has ever built something with Lego plastic construction bricks (DON’T call them toys!) or returned to them (or confiscated them from your children) during the coronavirus lockdown knows how much fun they are and, not surprisingly, how addictive they can be. How long have they been addictive? Lego historians point to 1932 when Danish carpenter Ole Kirk Christiansen began making wooden toys at his company named Lego, which means “play well” in Danish. However, a rare overhead photograph of Stonehenge (the real one, not the plastic version) shows that the giant stones of the monolith have Lego-like locking studs on their tops. Does the LEGO Group owe royalties dating back to 2500 BCE? With interest, that could be a lot! 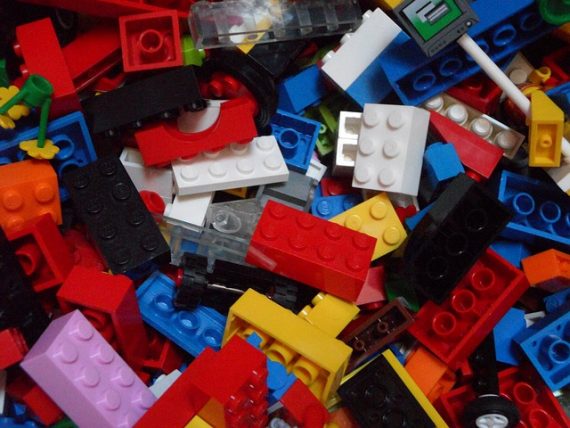 “This is a rarely seen view of the top of one of the giant sarsen stones. The protruding tenons are clearing visible and the corresponding horizontal lintel stone would have had mortise holes for them to slot into. A bit like early Lego!”

It’s clear from this tweet on April 10 that English Heritage Stonehenge has the same general idea. (Photo here.) In fact, the LEGO Group may agree – it replied (after no doubt consulting its lawyers) “Ah, where it all began.” Did it?

"Stonehenge is completely unique in that it's the only stone circle that we know of anywhere in the world that has these types of joints."

That observation came from Susan Greaney, Senior Properties Historian for national heritage agency Historic England, in an interview with CNN. She points out that the builders of Stonehenge did not have the advantage of sanders and routers like Ole Kirk Christiansen or plastic molds like his son Godtfred, who in 1958 perfected the plastic bricks by switching to acrylonitrile butadiene styrene polymer. Instead, the poor Stonehengers had to hammer the stones with stone hammers and without the benefit of helmets, safety glasses or workman’s comp.

The photograph has been around since 1994 when it was taken using a cherry-picker. One might wonder why the builders felt they needed mortise holes and studs to interlock stones weighing 150 tones, but it’s possible they were used for aligning them with the solstices and stars. Also, woodworkers and carpenters of the time were using interlocking joints, so it may have been a competitive gesture to show that it takes real men to do it in stone. (As if dragging the stones there and stacking them wasn’t enough.)

Obviously, the head-on photos of Stonehenge are much more popular than the overhead once, but that may change as more drones are allowed over the highly-regulated site. Could there be other Lego stones that archeologists may have missed? While Lego has the lock on the interlocking plastic brick market, one commenter pointing out that some stones in the Göbekli Tepe archeological site in Turkey have similar indentations on them, but Stonehenge has something the Göbekli Tepe doesn’t – an endorsement by the LEGO Group.

Taking a Look at Strange Birds and Bird-Like Monsters